Darius Baronas | ldkistorija.lt
aA
Issues related to the history of slavery in Lithuania have neither been properly studied nor have they drawn a greater international attention yet due to the scarcity of sources. This aspect of the early history of Lithuania can be brought to light by employing only very sparse sources and the comparative context as the background. The social structure and evolution of Lithuanians and other Balt peoples resembled that of societies in Northern and Eastern Europe. The historiographic description of Lithuanians as “Vikings of the overland”, by Edvardas Gudavičius, represents more than a mere metaphor as it reveals typological similarities which become evident in comparing Viking and Curonian societies. The same is true speaking of other Balt tribes. 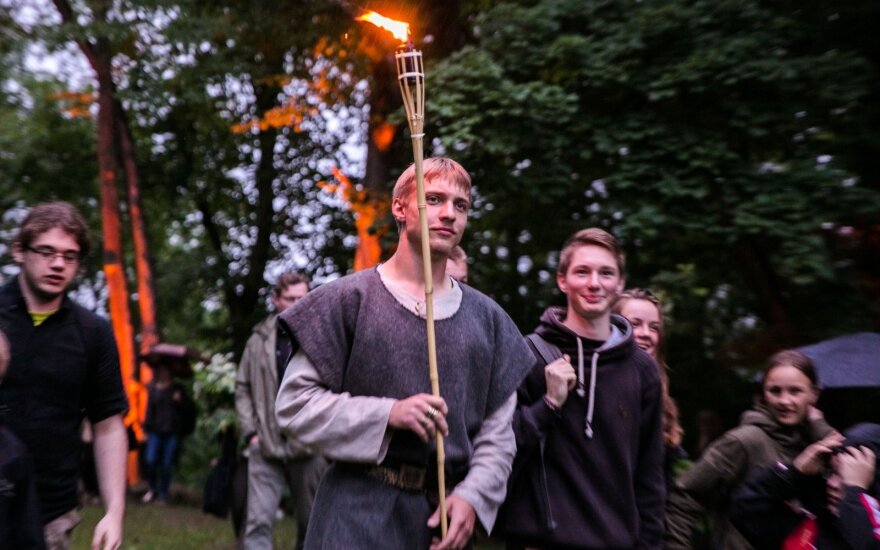 Slaves of the Balts

The Balts, just like ancient Germanic peoples, were slave-possessing societies. Visiting the lower reaches of the Vistula River at the end of the ninth century, Wulfstan, the Anglo-Saxon merchant, had this to say to characterise the Prussian society: "Kings and noblesse drink mare milk while the poor and slaves drink mead." The description ignores the clear line between freemen and slaves drawn at the time but the very distinction of slaves among the four groups of the society points to the fact that they existed in great numbers among Prussians and other Balts. It is impossible to define, however, the percentage of slaves in the entire population.

Western European sources of the time distinguish slaves who lived in rural areas as well as in households. The former mostly worked at large estates and dwelled in separate hovels. The second group constituted the non-free part of the household. It was the latter type of slaves that was vastly spread throughout the manors of the Scandinavian and Balt nobility, women being in a particular demand.

Investigators of the history of slavery have noticed a consistent pattern which reveals that killing the prisoners captured was customary during the earliest recorded inter-tribal wars while a little later a different custom took root as men would be killed but women and children taken to slavery. Later still, even the captured male slaves would be forced to work in households or manors because the slave-possessing societies have reached the level of economic activity which required the exploitation of the male slaves as well.

Even then, however, the female slaves outnumbered the male ones. In the beginning of the 13th century, intertribal wars on the Eastern side of the Baltic Sea still involved conflicts in which all representatives of the rivalling tribe, including men, women and children, were killed. Here's how Henry of Latvia describes the Latgals' campaign against Estonians in 1208: "[They] walked day and night and after entering the Sakala Land they discovered that in all villages and other places all men, women and children are in their homes, and all the men, women and children, including three hundred of wealthier men and elders of the Sakala Land, taken by surprise, they kept killing from morning to evening until their hands and forearms became tired because of the grand slaughter of the people". Only young girls were spared. This is something that Henry of Latvia underlines as the feature of behaviour common to all tribes on the Eastern side of the Baltic Sea. Young girls would be save their lives by paying the price of the "social death" of becoming slaves of their captors.

The women who happened to be captured to slavery during war raids usually made up the majority of the non-free family of the local nobility. They performed all the house-keeping work. The female slaves' status was different. Some of them toiled to the end of their days, while others could be re-sold. In very rare occasions, they would become their enslavers' wives. Due to the lack of empiric data, it is complicated to grope the phenomena of that kind in Lithuania itself, therefore it is useful to see the broader context.

Among the veterans of the Roman legions, it was common to marry the women enslaved during the military raids. This kind of marriages would be a case among the Germanic barbarians. The case of Baldhilda (†680), a slave and a concubine and later a saint-to-be wife of the King of Burgundy and Neustria, Chlodwig II, is among the best known.

It is impossible to draw similar examples from the sources of the Lithuanian history. Regarding the more varied use of the female slaves, an interesting message comes from the Description of the World compiled in the middle of the 13th century (between 1255 and 1260). According to one version, it was written by St. Hyacintus, the Dominican missionary. While writing about the prospects of expansion of the Christianity, he notes: "The above mentioned Lithuanians, Jotvings and Nalsens can be easily baptised because they have been suckled by Christian wet-nurses while still in their cradles. We will therefore be able to act safely among them".

This kind of use of the enslaved wet-nurses was common in many societies, from the Roman Egypt to the forests of Germania. It points to the fact that slavery was not an obstacle to develop a close, albeit unequal, relationship between female and male masters and their slaves. Since slave-keeping was common among the Lithuanian nobility, it is safe to say that many of them have been suckled and raised by female slaves. At that time, Lithuanians mostly raided the lands of Rus, hence the majority of female slaves and wet-nurses could have been Russian women of the Orthodox Christian faith, together with the female Polish slaves. As the male enslaving had not yet become a common practice for Lithuanians by that time, it is little likely that the female slaves would have had Russian or Polish husbands. This means that the enslaved wet-nurses could serve their duties just because they had babies from the Lithuanian nobility. The unexpected side-effect of the physical relations was that of the young Lithuanians getting acquainted to the Christianity and, in turn, becoming more benevolent towards it. One can provide a number of different answers as to what language was used in making that acquaintance.