Research shows why Lithuanians cheat each other 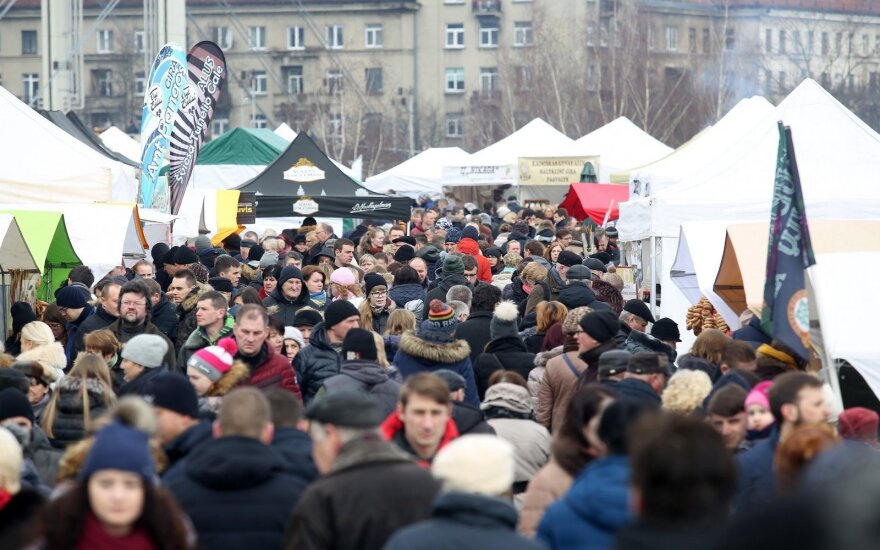 Many ordinary people, businessmen and a lot of employees of the State Tax Inspectorate (STI) are convinced that taxes in Lithuania are unfair and justify not paying them.

Lithuania seeks to become a member of the Organisation of Economic Cooperation and Development (OECD) which brings together the most advanced countries of the world. Recently, experts from the organisation presented a report about our labour market and social policy. .

This report, as others have previously, highlights that Lithuania draws comparatively little income from taxation and social insurance contributions. In 2015 this income amounted to only 29, 2 percent of the GDP when the average for OECD countries is 34, 3 percent.

This means that Lithuania does not have the money to supplement health care or education, pensions, other payments or to increase salaries for state sector employees. Overall, people in Lithuania believe that the taxation policy is unfair and that taxes must be reduced.

This is the resolution from a survey conducted at the request of the STI on taxpayers' awareness and what they think on the shadow economy. The survey was carried out by the company "Spinter Tyrimai" with 1, 5 thousand people, 763 companies and more than 300 STI employees taking part.

The survey showed that in 2017 the shadow economy in Lithuania amounted to around 25 percent, two percentage points down from previous years. It is predicted that this trend will continue however because of rising excise taxes, there could be more purchases of illegal alcoholic beverages and fuel.

Both representatives of business and STI employees believe uncalculated wage payments are widespread amongst 40 percent of businesses and that about 13 percent of all paid salaries could be paid in envelopes. This phenomenon is especially widespread in the provinces.

52 percent of those surveyed indicated that they agree they pay less for goods and do not collect a receipt while the remainder answered the opposite.

In answer to why economic entities tend not to pay tax, 74 percent of businessmen indicated that the taxation policy is unfair.

In this way one can hope that all of the surveyed groups cited a reduction of taxes as the first way for an incentive to be more honest about paying taxes.

Head of the STI's Department of Selection and Audit Support Valdas Buginskis commented as follows on the results of the survey:

There is STI research data for analysis and insights linked to the spread of the shadow economy in Lithuania, determining the reasons for it and ways to minimise it".

They don't hear or don't want to hear

Lithuanian Free Market Institute (LFMI) president Žilvinas Šilėnas was not surprised by results of the public poll because they are similar to those of the Institute itself:

"The LFMI's research also shows that the main driver of the shadow economy is unfair and excessive taxation. The absolute majority of those surveyed – including STI employees – believe that reducing taxes will encourage more honest payment of taxes. This is obvious from this survey and the LFMI's survey. It's in a way sad that politicians don't hear it or simply don't want to hear it".

According to Mr. Šilenas, the results regarding widespread payment of salaries in envelopes, i.e. illegal work is alike in both in scale and trend. As the economy grows the labour market's shadow economy shrinks but it's still there.

"Firstly, although the shadow economy is shrinking, it isn't shrinking very much. Bearing in mind the growth of the Lithuanian economy and its constantly changing structure, it seems that it's more a go with the flow strategy that is being applied and not an active reduction of the shadow economy".

Another trend that's very obvious is that with the tax payment issue, we have two Lithuanias – one of small businesses, concentrated mostly in the big cities and the other of small businesses located in the small towns and which pay smaller salaries" he said.

In his opinion, tax evasion by first category businesses and the general issues of the shadow economy are on a similar level of other Eastern European countries and by certain indicators maybe even better. However there are a lot of businesses that live under rather large shadow economy conditions.

"Without a doubt it's difficult for an honest business to compete in a market like this. The branch on which we sit is literally being sawn off. By tolerating an economy like this we are preventing a lot of small businesses from growing into big ones. But the businesses that are growing achieve their competitiveness in other ways; not with new products or services but by seeing who can wheedle more taxes out of the state" says Mr. Mauricas.

He also drew attention to some other trends in hiding income and reasons for not paying tax:

"Many respondents indicated that the taxation system and policy are unfair and encourage hiding taxes. It's something very often spoken about and shows that the need for tax reform it not just empty talk but that people actually do not feel good being a part of such a tax system that is full of holes, exceptions and disproportionate worker taxes especially for social security payments".

The Lithuanian government will next week unveil "unprecedented" measures to counter the shadow...

The Lithuanian middle class: are you in it?

Participation in the 2nd pillar of the pension scheme should be further encouraged, says Lithuania's...