BNS EN
aA
Archeologists are believed to have found the remains of the two most famous leaders of the 1863 uprising against Tsarist Russia -- Zigmantas Sierakauskas (Zygmunt Sierakowski) and Konstantinas Kalinauskas (Konstanty Kalinowski) -- on the top of the Gediminas Hill in downtown Vilnius. 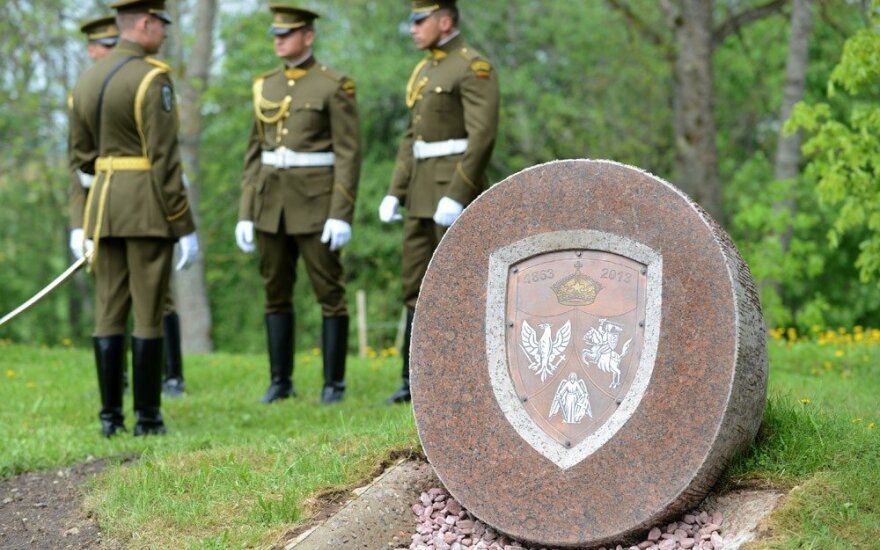 Commemoration of the 1863 uprising
© Alfredas Pliadis

"There are enough indications that the remains of Konstantinas Kalinauskas are among the uncovered human remains," Professor Rimantas Jankauskas of the Department of Anatomy, Histology and Anthropology at Vilnius University told BNS.

Jankauskas said that the archaeological and anthropological data collected so far seem to support the assumption.

The professor added, however, that scientists must examine all bodies found on the hill in order to confirm that the remains belong to Kalinauskas.

"We must have the complete list of bodies. We should examine all of them and reject all other options before making a final conclusion," he said.

The scientists have no major doubts as to the identification of the remains of Sierakauskas as they have found his engagement ring with the inscription "Zygmónt Apolonija 11 Sierpnia/30 Lipca 1862 r (Zygmund Apolonia August 11/July 30, 1862)".

Andrei Kazakevich, director of the Institute of Political Sphere, says that the discovery of Kalinauskas' remains is very important for Belarusians as well.

"He means a lot to Belarusians. Kalinowski is part of the national pantheon of Belarus. He is a national hero," he told BNS.

Remains of Zigmantas Sierakauskas , the leader of the Lithuanian 1863 uprising against the tsarist...

Insurgent Sierakauskas important to Lithuania as symbol of freedom - historian

Zigmantas Sierakauskas , the leader of the Lithuanian 1863 uprising against the tsarist Russia, is...

Kazys Skirpa: Saviour of Independence or Perpetrator of Crimes against Humanity

Researchers in Klaipėda prepare to launch a search for sunken Lithuanian ships, including the...

Scientists of the Klaipėda University say they have found Prezidentas Smetona , the first warship of...