Refugee in Rukla – how do seven people live off of 500 euro?

LT Daily, media brief
Abdulrahman Alfahed from Syria arrived with his family at the Rukla Refugee Centre a month and a half ago. The man is frustrated. So far the Migration Department has yet to interview him and the man has yet to receive a permit to live in Lithuania. Even if he did get it, Abdulrahman would not remain, stating that he could not survive here. 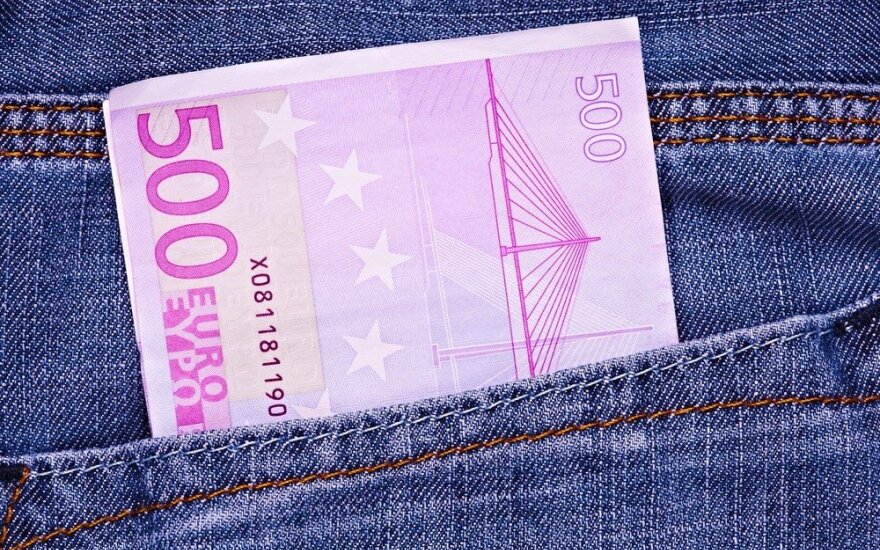 Abdulrahman Alfahed from Syria arrived with his family at the Rukla Refugee Centre a month and a half ago. The man is frustrated. So far the Migration Department has yet to interview him and the man has yet to receive a permit to live in Lithuania. Even if he did get it, Abdulrahman would not remain, stating that he could not survive here, TV3.lt reported.

Related articles
Refugees asking for help to integrate but not for allowances – study
Incident in Rukla appears to be provoked by refugees, elder says

Qualified as a metalsmith, the man had a workshop in Syria, he worked there himself and had employees. In Syria A. Alfahed and his family were well off.

“I cannot imagine how I could open such a workshop in Lithuania, you cannot start a business without money. This is why we plan to return to Turkey. There people are at least a little more caring, no-one will call me a “refugee” there. Here in Lithuania, the rights of refugees are not as ensured as in Syria. My wife has been ill for ten days, but so far she has yet to receive medicine,” he says.

The translator, 19 year old Hisham Ibrahim from Lebanon who lives in Lithuania now, who helped talk with the Syrian, interjected to point out that the Syrians are fond of antibiotics, while here in Lithuania if a doctor sees no reason for it, then antibiotics are not prescribed to patients. Ibrahim points out that Syrians ask doctors to prescribe antibiotics from young age without even undergoing a check-up.

“Regarding migration interviews, some people are interviewed in a week, others have to wait more than two months.

Another thing is that it is very hard for us to integrate into society when we live in Rukla. We are far from other towns. If we want to go to Kaunas, it costs us 10 euro, which is five days of benefits,” he spoke.

Nevertheless A. Alfahed speaks well of Lithuanians: “Lithuanians are simple, kind people, unfortunates. We understand that we have become a certain burden to the state and I do not see what would encourage me to stay. No-one grants us a home here, they do in other countries,” said the Syrian.

Migration Department Director Evelina Gudzinskaitė told tv3.lt that all refugees are given a response on whether they will be granted the status of refugee or asylum seeker over three months. Furthermore, she added, even if interviews are not done, it does not mean that their cases are not discussed.

“In preparation for an interview we have to gather information, process it and prepare questions. Usually one interview suffices and you can make a decision. The procedure takes up to three months and we are committed to not extending the timeframe, though according to law we could continue it up to six months. Usually the procedure takes about two months.

We are limited in human resources, there is much work, not only transferees arrive, but also others seeking refuge – these are also difficult cases,” spoke E. Gudzinskaitė.

She noted that of those seeking refuge in Lithuania only one family from Iraq received a negative response because, as she points out, in the city they arrived from they were under no threat, but the family appealed to the courts regarding such a ruling. According to Gudzinskaitė, a total of 125 applications have been processed.

New arrivals live in the Rukla centre for three months, the time for integration after moving to municipalities lasts up to 12 months. While living at the refugee centre, every individual receives a monthly grant of 61 euro.

A one-time grant to help with settling down in municipalities is 204 euro, a settling family can be granted up to 612 euro. A full sized grant is paid for only the first six months, while between month 7 and 12 the grant is halved. As such currently monthly grants are 204 euro for a single individual, 306 for two and 408 for three, respectively decreasing to 102, 204 and 306 after half a year. If a family is comprised of more than three members, each member is allotted 51 euro extra, with the amount dropping to 26 after half a year. Furthermore, regardless of the number of family members, families can get no more than 510 euro for their daily needs.

Beyond those mentioned, families can be granted 60 euro per child for kindergartens, a grant for small children (28.5 up to 2 years, 15 from 2 years of age) and other one-time grants.

We are asking for the chance of ‘gaining a foothold’ but not for allowances, relocated and...

The elder of Rukla , a central Lithuanian town where a refugee reception center is located, says...

Social Security and Labour Minister-designate Linas Kukuraitis proposes to change, based on...