the Lithuania Tribune, Lzinios.lt
aA
Lithuania’s work visa system for foreigners has become so complicated and time-consuming that it is causing shortages of skilled labour across the economy. 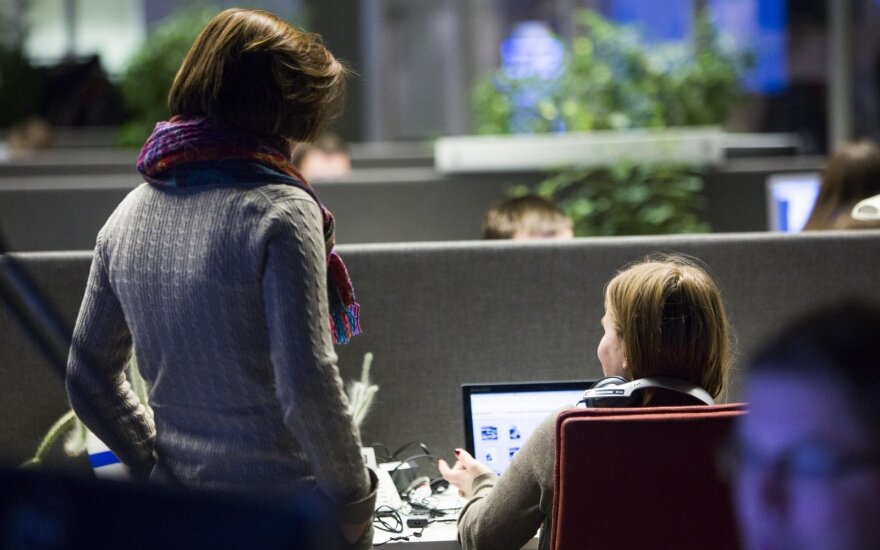 Employers say that Lithuania has built up too much red tape for foreigners who want to get a job in the country - while in Latvia, a non-EU national with a job offer can get work permit within a week and Estonia issues one the following day, the procedure in Lithuania can drag on for months.

"Poland used to be presented as a bad example, but it has introduced many changes that eased the procedure of employing foreigners. We are now the worst example in the region," said Osvaldas Čiukšnys, the CEO of the Lithuanian Confederation of Industrialists, an employers' association.

Lithuania's labour exchange says that it issued 1.3 times more work permits to foreign nationals in 2015 than a year before, 6,873.

"We see that the demand for foreign workers is growing each year," said Milda Jankauskienė, a spokeswoman for the Labour Exchange.

"Easing procedures to employ such professionals for a limited period would help solve many problems," he believes.

If an employer wants to hire someone who is not an EU national, they first have to announce the vacancy at a local labour exchange, where it has to remain open for at least a month. If the position requires skills that are included in the list of professions in short supply, the job offer has to stay open for at least seven days.

However, the list currently contains only four professions: welders and shipbuilders in Klaipėda, truck drivers and cooks all over the country. In-demand IT professionals do not figure on the list.

Moreover, employers must warn the Labour Exchange about the potential need to employ foreigners three months before submitting an application for the work permits.

A particular vacancy must be registered with the Labour Exchange two weeks before the work permit application for a high-skilled foreign worker and a month for others. The Labour Exchange then decides whether to issue the permits, saying it depends on "the needs of Lithuania's labour market".

A foreign worker must get all permits even before arriving in Lithuania.

"We are losing to competitors with all this massive red tape. Every other country in the world is thinking how to bring in as many good workers as possible, while we build in these additional demands," Čiuklys said.

The Confederation of Industrialists has raised the issue many times he said, and in response the Ministry of the Interior have drafted amendments to the law.

"Some of our requirements have been taken into account. Yet even the new rules will not be as favourable as in some other countries," Čiukšlys said.

Čiukšlys notes that in Estonia, employers can hire foreigners a day after registering a vacancy.

He said that Lithuanian politicians' reluctance to ease procedures for employing foreign nationals has to do with unfounded fears that this would open the floodgates to massive immigration.

"There will be no flood of foreign workers. Look at how few refugees have come even under an agreed quota. No one is choosing to live and work in Lithuania," Čiukšlys said.

He adds that more foreign workers would help eliminate an imbalance in the Lithuanian labour market.

"We have structural unemployment - jobless people just don't get jobs. We have reached the limit of using the labour force. There are professionals of living on benefits who do not plan to return to the labour market. We have to start thinking about importing workers needed for industry and businesses from abroad," he said.

Foreign students are given only six months to find a job after graduating from a Lithuanian university, he said. "After that, we are sending people who know Lithuania and speak the language away. Employers are fighting for such young professionals. They will ensure the well-being of the country. We are an ageing society."

Žilvinas Šilėnas, the president of the Lithuanian Free Market Institute, a pro-market think tank, said that the outdated notions of politicians and public officials are to blame for the situation.

"The main problem is their attitude. My guess is that they continue to use outdated and silly logic that one Ukrainian immigrant will steal one job from a Lithuanian. They fail to appreciate that new workers will create new jobs."

He believes that Lithuania should seek to attract workers from former Soviet countries who would be easier to integrate in the society.

"It is a matter of a state strategy. Other countries are bringing in hard-working people, while we are sending them away. Why could we not adopt a strategy and let some Ukrainians and Belarusians in to live in Lithuania, even permanently?" Šilėnas said.

"People in these countries are still interested in coming here - we should use this advantage we still have."

In 2015, the Labour Exchange issued 6,873 work permits to foreign nationals with most of the permits for employees in the service sector (84%) construction (12%) and industry (4%). Almost two-thirds, 64%, of the permits were given out to Ukrainians, a quarter to Belarusians.

A matter of national security

Managing director of the Investors' Forum Rūta Skyrienė agrees that misconceptions and prejudice are what is preventing the government from easing employment procedures for foreign workers.

"There are fears that someone will take away our jobs by agreeing to work for less. Such opinions influence politicians," she said.

She said that when the Lithuanian parliament was hearing the Law on the Legal Status of Foreigners previously, it was the Committee of Human Rights that steered the discussions. Lately, however, the Committee of National Security and Defence often takes the lead.

"This is also an indication of prevailing moods. We are not talking about refugees. We are talking about professionals that Lithuania needs. We need to change attitudes. So we are willing to give out work permits and not look for excuses not to," Skyrienė said.

She also criticizes the argument, popular among politicians that Lithuania should first seek to make expatriates return and only then think of letting in foreigners.

"If Lithuanians do not want to come back, because they see more opportunities for themselves in other countries, why not attract skilled labour and talent from abroad?"

The Lithuanian labour code is outdated and is constantly drawing criticism from both foreign...

Lithuanians are the least loyal staff among the Baltic , Scandinavian and Western European...

Members of the parliamentary Social Affairs and Labour Committee have divergent views on whether the...