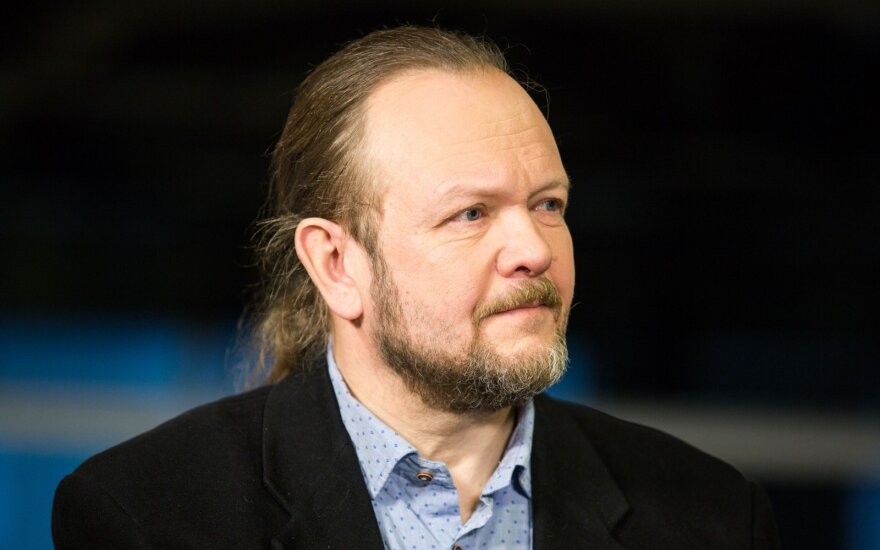 A week ago, Russia featured a spectacle, which was called elections, after which the Lithuanian president did not congratulate Vladimir Putin with his continued reign. There is no obligatory rule in international protocol to greet an elected or self-appointed head of a foreign state. It is decided based on the state's importance to one's own country and relations with it.

What has Russia bee notable for in regard to Lithuania in recent years? Constantly declaring dairy wars, ruining the successful export of Lithuanian dairy industry and finally expanding the boycott to all agricultural produce from the EU in an effort to cause as much economic harm as possible.

Through its aggressive actions in Georgia and later Ukraine, it demonstrated that state borders and international norms do not exist for Russia and forced Lithuania to rapidly increase defence expenditure. This funding did not come from nowhere and had to be taken from social programmes, healthcare, education and other spheres.

In short, our large neighbour's current behaviour is detrimental to us. If anyone is thinking that by laying a carpet under its feet things will be different, just look at Belarus, which is currently leashed by Russian donations, overseen by two military bases and whose more affluent citizens spend their weekends travelling to Lithuania for shopping and leisure.

Just a few weeks ago was the first time that a chemical weapon was used in Europe since World War II. The crime in Salisbury can be tracked to the Kremlin. EU heads of state passed a joint resolution in support of the United Kingdom, warning Russia, which according to Theresa May is continuing aggression against Europe through the use of poison in Salisbury.

T. May can now see where her pandering has led, when during her term as UK minister of the interior she did not carry the case of Alexander Litvinenko's poisoning in London to the end in the name of good relations with Moscow. This time she is no longer covering the truth and did not congratulate V. Putin.

When on the third day Vladimir Vladimirovich [Vladimir Putin] received a call from Donald Trump, Kremlin services announced it faster than the White House. However, it soon turned out that D. Trump greeted not based on a political decision, but based on his personal opinion because he was advised against congratulating V. Putin prior to the conversation.

In Lithuania, Saulius Skvernelis was noted for a similar gaffe, talking about the necessity for high-level contacts with Russia despite Russia having itself ended the activities of the intergovernmental commission. If an individual with such an understanding of international relations would try to lead foreign policy as president, numerous other such gaffes could follow.

By withholding greetings, Dalia Grybauskaitė adequately evaluated the changed circumstances, thus our small country's position came across clearly and was noted in the EU summit meeting. Furthermore, Lithuania presented itself as a close ally of the United Kingdom and London will remember it when questions arise regarding, for example emigrants from Lithuania.

Even if they are in the process of Brexit, the British are the leaders of Northern Europe in a political and economic sense and the British armed forces are the strongest in Europe. The Estonian president missed the mark by congratulating V. Putin and forgetting that it is namely a British battalion posted in Estonia to deter Russian aggression.

The Lithuanian president's silence is much more far-sighted compared to the insincere Estonian courtesy. It is based on a valuation of real actions, not naïve hopes that by congratulating the aggressor you can turn him into a pliable partner.

We are for the rule of law, thus we do not agree to Russian aggression toward foreign states. We do not support turning elections into manipulation, thus we do not applaud the staged result.

Lithuania's intelligence issued an updated review of the threats to national security on Monday.