R. Valatka. Presidential elections: who or how? 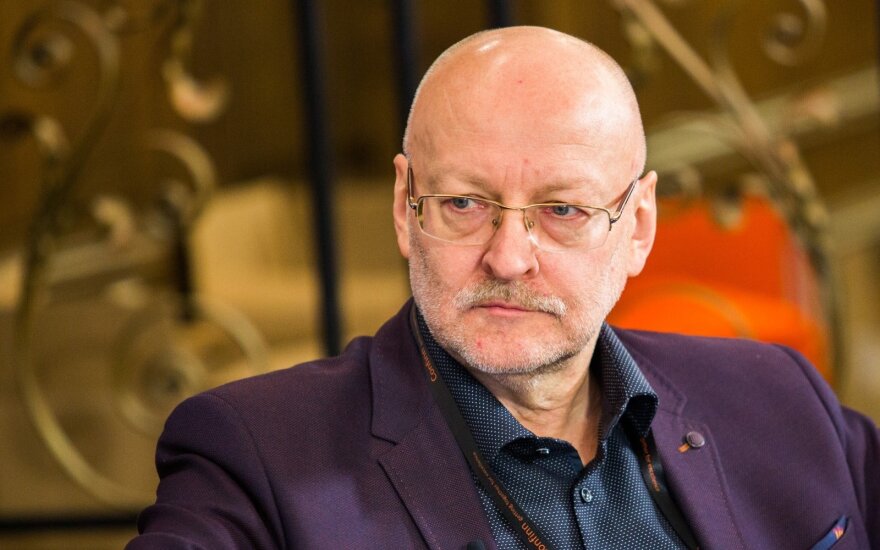 Often the impression is even made that the frequent news pieces about the presidential elections are as if intended to bring them earlier – to bring out the politicians' competitive spirit and figure out here and now, who could become the next head of state.

One could even venture to say that even the most prominent show hosts and analysts are constantly commenting on rumours. In other terms, doing what conventional news media should not do at all.

Related articles
Parties lining up their dream presidents
The nation’s love for the president fading: where Grybauskaitė made a mistake

The organisers of sociological surveys also yielded to such unrest, following the journalists. For a number of months now, surveys have been made asking people to answer, who they would vote for among the listed, even if most of those figures have yet to mention at all that they will ever participate in the presidential elections.

We did not have such an uproar before either the 2014 or the 2009 elections, not even when more than twenty years ago Valdas Adamkus, Artūras Paulauskas and Vytautas Landsbergis ran for president.

Overall, there has not been such an uproar prior to any presidential elections. And it is understandable. The result of the previous two elections were, in principle, a foregone conclusion. Elections were almost just a formality.

Now the situation is completely different. There are candidates, but no favourite. And one may not even appear.

The parties are coming to these elections exhausted, destroyed or self-destructed. It would appear that the limit of great leaders, capable of attracting half of the Lithuanian people, has been exhausted. And nothing of the sort can be seen anywhere on the horizon.

Thus the question of how the next Lithuanian president will be becomes more important than who they will be. Will they be active and independent or just a tool? And are we not nearing the president being somewhat pro forma?

For example something akin to Seimas Speaker Viktoras Pranckietis. Someone, who does not get in the way. Someone whose every more independent statement is immediately mocked by the real leader of the Seimas majority Ramūnas Karbauskis, leaving the Seimas speaker to tuck his tail between his legs.

Few still pay attention to this because we have seemingly become accustomed to recent Seimas speakers typically not being political leaders, but the appointees of political bosses.

But do we want for the president to be such, someone who would not prevent the Seimas Culture Committee chairman from ordering around the political checkers of his large agribusiness?

Likely not. Especially when this is also very dangerous to the freedom of our state and citizens. The decisions of Lithuanian political life in the past few years have been increasingly opposed to the freedoms of the people.

As former head of state Valdas Adamkus spoke recently, Lithuania is screaming out for a moral public life, which reflects respect to the individual.

But what has it called?

A cynical game of secret reports and parliamentary investigations, ttal wiretapping of citizens and the selective release of such records – based on the ruling entity's request menu. At the same time democracy is increasingly openly demeaned, the police state is adored and here and there in the corners of government, doubts can occasionally be heard about the correctness of the country's geopolitical decisions.

Thus, the most important question is not who will be the next president of Lithuania, but how that president will be.

Will it be some police officer, who will take the game of secret reports and wiretapping to a new level? Or will it be an incapable president, someone will not bar the way for the Seimas' true ruler to play this game?

Both would be fatal outcomes for Lithuania. Perhaps this is why we are already acting fatally – by frequently asking "who?" we avoid asking "how?"