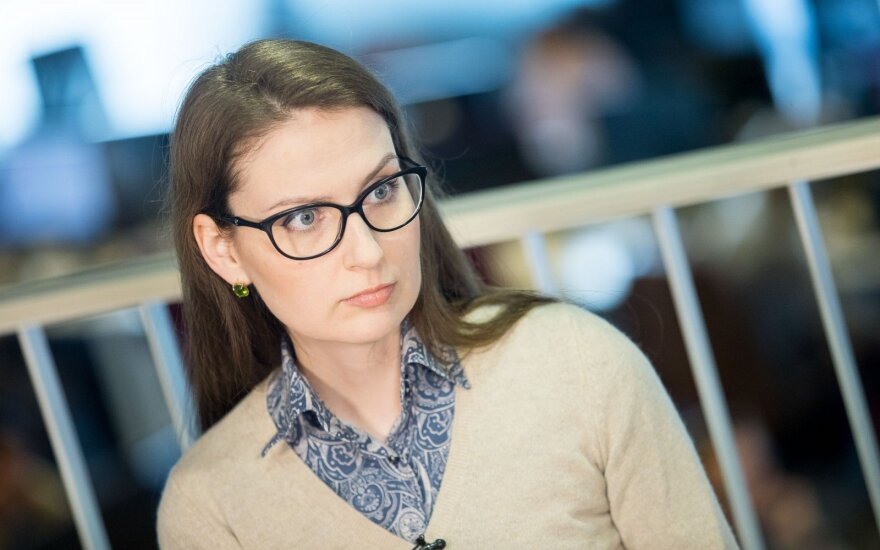 Before the current political season, announcements about new episodes of the Seimas sitcom were created one after another. Everyone promised that it will not be boring, there will be much drama, there were even claims of gore. All that was left was to buy popcorn and comfortably settle at your screen, Rima Urbonaitė writes on lrt.lt.

However, drama will become real if we only comfortably settle and watch, what is happening. Because what is happening should raise us all up from our comfortable couches. We must begin seriously talking, discussing and clearly indicating to politician that in a democratic country, there cannot be and will be no tolerance for the Seimas being made into a place to satisfy politicians' personal wishes.

And it is not a matter of like or dislike of certain politicians and parties. It is a matter related to core principles of the functioning of a democratic state. Finally, with the elementary understanding of what the law is and what the function of the law is, as well as what parliamentary control is.

Already the first Seimas autumn session assembly had no lack of SOS signals. The song request line was opened by deliberations on political party financing. Of course, this is only a coincidence that the initiative arose only when one party simply broke apart. But politicians' ability to distort arguments and manipulate numbers is incredible. It turns out that if the financing law specifies that financing is distributed based on results and electoral law specifies that results are the redistribution of mandates, then you have to finance not on votes received, but mandates received? One is left wondering, whether mandates simply fall from the sky and it is not based on the number of votes received? And thus distributing mandates, some of the votes are lost, thus financing based on votes received can reflect voters' preferences even more clearly. And then one parliamentary party becomes a party that has never participated in the elections because after all people vote for individuals even when they vote for parties. Incredible. What would one not do for money.

No less of a slight is the amendments to municipal election law, which specifies that an individual loses the passive electoral right for an entire 10 years if they are ruled guilty by the courts for crimes to state service or public interests. How unexpected! This article perfectly matches Gintautas Paluckas. How great, there's no reason to participate in those elections so intensively, let him raise ducks and chickens in peace.

Legislation is not passed this way in a democratic state. And who knows, what manoeuvres are in store within the agenda, while for example resolving the problematics of civic electoral committees in the coming municipal elections did not find any room among the 600. While the need is clear because these committees and parties are unfortunately playing based on uneven rules in elections due to existing legal regulatory flaws. They say that this question is being worked on by workgroups. Just will this turn into the necessary legislative projects and finally real solutions is a question because so far it would appear this is not a personal need for anyone.

But an investigative commission is oh so needed. Such investigations are swallowed with great gusto and calls for seconds keep repeating. So they do. It matters not that there are serious doubts about competences on performing such investigations. It matters not that this will be an instrument during electoral campaigns. Perhaps there will be coincidental matches in presenting conclusions or leaks prior to the elections. But the commissions will be.

There were also moments in the first assembly when it appeared that things got better in the Seimas because legal arguments, the Constitution still mean something. The president's veto over healthcare sector reform and referendum law changes were not rejected. When listening to the concretely placed arguments, which were also based in constitutional doctrine, it was clear that they are hard to counter. But just the next day, new projects were registered yet again because after all you need the result you want.

It is clear that this leaves at the very least a grim impression. The bulldozer that the opposition keeps mentioning would not even be that bad if it was not a bulldozer against principles of elementary legislation and democracy. The "Farmers" will not destroy democracy in Lithuania, but it is doubtful whether such actions will strengthen it either.

Algis Krupavičius: A reduction in the number of Seimas members – Yes or No?

Mažvydas Jastramskis. The Order and Justice Party enter the coalition, but the “Farmers” and Conservatives win

Lithuanian President Dalia Grybauskaitė says that the ruling bloc will not be able to "silence" her...