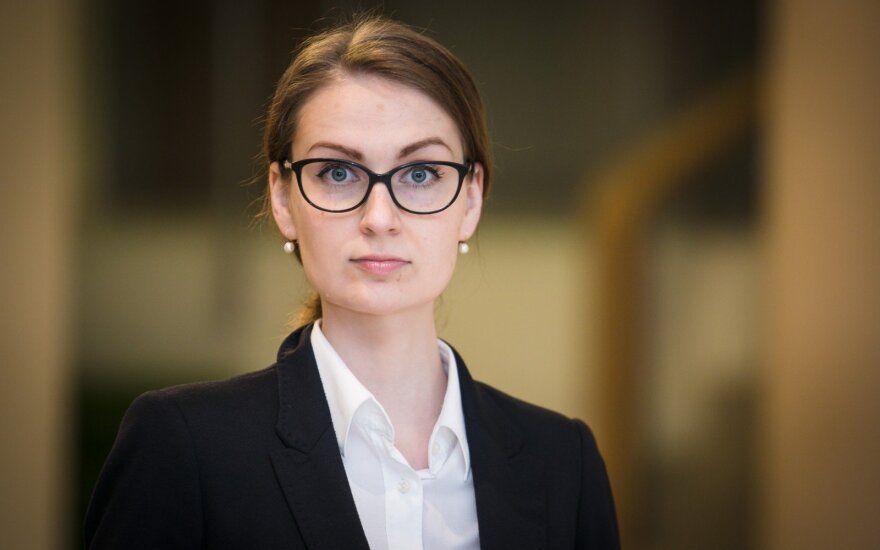 Russia is our neighbour. This cannot be denied. One does not choose their neighbours. Unfortunately such is the case. You even have to make friends with your neighbours. We hear this sort of statement quite frequently. Just that this neighbour of ours is more like a cormorant rather than a peace dove. Though perhaps that's an insult against cormorants. And beneath this friendship we usually have calls to back down to Russia.

Today it is fairly clear that many do not even have a minimal understanding on what is going on in Russia. And when the claim that a municipality does not have State Security Department (VSD) qualification staff and does not know how to act in certain situations is used as an argument, it is hard to tell whether we should laugh or cry after all. And we should all take responsibility for failing to see what is happening right beneath our noses. It is incomprehensible how today we can have such a situation that the municipalities do not receive sufficient consultations and whoever brings children to Russia.

But let us listen to what the children heard in the welcome speech upon arriving in Krasnogorsk. The city administration deputy head, as if from a Soviet cheat sheet, spoke, "From here begin warm neighbourly relations, strengthening youth diplomacy. [...] Specifically you must learn to establish peaceful and warm relations between cities and nations."

Druzhba narodov (Fraternity of Peoples – En.) A familiar phrase, no? It should sound quite pleasing, but experience dictates otherwise. And in Krasnogorsk the reaction over the scandal was fierce, as always. Talks of Rusophobia and that there were no occupations. Are there still those who doubt that there was no politics in those camps?

But let us look to the children's programme. You must think it was something very cultural, related to the arts, say even the Tretyakov Gallery? Think again. The museums of the Russian armed forces and the Great Patriotic War. It is great that a museum named "A ticket to the USSR" has yet to appear on the programme. There are such ones in Moscow, how could you be without nostalgia and creating Soviet romanticism?

Nevertheless, culture is not forgotten. But there is nuance. The cinema studio Mosfilm is in the programme. Here it is worth recalling what sort of cinema the state finance. Immediately after the annexation of Crimea, the Russian Minister of Culture ordered works on such topics – "Crimea and Ukraine in the thousand year history of the Russian state" or "The military glory of Russia: victories and victors." Special scenes dedicated to the Ribbon of St. George appear in even the lowest quality of television. Just as a by the way, accidentally. But after all our children were presented with a piece of cultural entertainment – painting a Russian matryoshka doll.

Thus we are left with a question – can we really not grasp such simple things? In Russia you find politics where you may least expect it. And it is surprising that in Lithuania we have yet to understand these seemingly elementary matters. We hear discontent over Lithuania's strict position toward Russia, increased defence spending. But what would you do if your neighbour attacked and robbed another neighbour? And then came complaining when you try to install a better door, stating that it does not adhere to their interests and instead we should just hang a curtain instead of a door. Let us respect ourselves and our children.

But that's not all. Let's have a look at what is going on with a portion of the Russian ethnic minority here in Lithuania. No discussions are possible after psychoseanses from all sorts of Solovyovs and Kiselyovs. The tensions between Russians and Lithuanians may have been raised after 2014, but it is difficult to convince that it was the actions of the Kremlin that provoked a response from Lithuania and other countries. No, for this it is the Lithuanian government, which is simply denigrated, that is blamed. When accusations begin that Lithuanians are supposedly fascists, nationalists and all sort of other things, but then ask how many crimes on a nationalist basis occur in Moscow, you get an awkward silence. Lithuanian Russians know little of the real Russia, but little do they know of the real Lithuania either. Just that it would appear we are for now watching from the side and that's all.

And for whatever reason we still take children to a country where its culture and achievements are overhung by politicised programmes. To a country which, they like to say, is trying to get off its knees, but is actually making its citizens get on their knees. And is just creating a myth of great power which has nothing to do with reality, mentally abusing the nation through TV screens. To a country whose president created a monster such as Ramzan Kadyrov by himself and tolerates his criminal activities and nuclear threats to everyone.

Yes, there are excellent, friendly and educated people in Russia who grasp what is going on in their country. You can take neither Bulgakov, nor Dostoyevsky from Russia. However you will definitely not get to know Russia in these sort of trips where politics can be smelled from miles away. Especially because the Russians themselves appear to be more gullible nowadays than they were in Soviet times. We cannot tolerate all this and it is time to be rid of illusions of dialogue with Russia as it is today. We can communicate, we must know our neighbour. But it cannot be done the way it was done during the visit by Plungė children.

NATO fighter-jets serving in the NATO air-policing mission were last week scrambled once to...