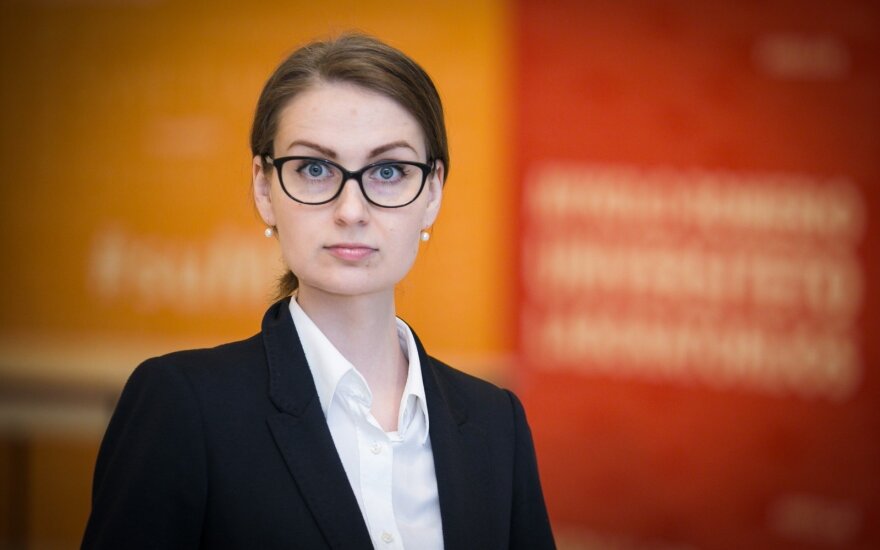 Already after the Liberal Movement (LS) chairman elections it was only left to wonder, what could be expected next. The election of old-new chairman Eugenijus Gentvilas raised many doubts over the party's ability to perform a complete overhaul after Eligijus Masiulis not only took down the roof, but also felled a number of the party's walls, Rima Urbonaitė writes on lrt.lt.

At the time, the lines drawn in the party were also clear because during the elections, the votes were split in half, party members even began public discussions on whether the elections were actually fair. This raised a smile because even in the chairman elections of a party suspected of political corruption, allegations of unfairness were not avoided.

However even when it was necessary to talk about the minimal prospects of the LS and how it is hard to find any signs of renewal and cleansing, which could lead to an unfortunate end for the party, one could not have expected for the end to come this soon.

The line of individuals, significant party members appearing in the State Security Department (VSD) reports is lengthening. Shadows have been also cast on Vitalijus Gailius, who is the former Financial Crime Investigation Service chief and today – the head of the Seimas Anti-Corruption Commission. That said, this is not the first time when V. Gailius appears in VSD reports. Just that time the dismissal, which followed, was ruled by courts to have been unjustified. However, the question arises, whether this time also it will be possible to wash a blemished reputation. Especially when party colleagues, albeit more akin to enemies, appear to have no plans to stand by their companions.

Nevertheless, the LS is doing the splitting work for itself the most. Lacking unity in the party, talks about the party's rise become pointless. The number of holes is increasing in the leaky boat and it is LS members, who keep puncturing. The questions is, what is more important to some – the MG Baltic group or the party. Of course, one can doubt the information we are presented, however what is present in those reports forces ever more often to think about writing an epitaph for the LS.

Is there any way out? For the party we see today – unlikely. The internal crisis appears to be growing in strength. As before, there seems to be no survival strategy. The party's left hand is unaware of what the right is doing. So far, we only see statements that for some, paths diverge compared to other colleagues and accusations are cast. But what comes next – none dare say. And it is hard to believe that no one saw anything. As such, it is clear that over the past two years the crisis was not truly handled by the party at all. And the long term crisis pie was then topped by the VSD with its reports.

And if after accusations being levied at the entire party, as Remigijus Šimašius said, the creation of a new party atop the old would be the same girl with a different dress and one could understand him, today we are left talking how this girl is increasingly akin to a horned and hooved entity. Hence, this is no longer a question of a dress. Because it would appear that the girl was certainly no girl. And it is unclear whether such a horned and hooved "girl" should be saved. A shadow was cast on everyone. As for how to improve the party's reputation, no one has a clue today.

Does this open the door to other political entities, who declare liberalism? Will something new form when the LS breaks apart? Likely. Perhaps Artūras Zuokas is rubbing his hands. But a party is not a name, it is people. And the problem of leaders remains very serious in all liberal political formations. Neither E. Gentvilas, nor A. Zuokas', who also did not avoid very serious questions on his links to businesses, parties seem to have any strong political figures with also a clean reputation so far.

While some LS members still try to convince that liberalism has not died in Lithuania, the party is very much close to it. Even the most faithful liberal voter likely would fail to find arguments, why they should vote for the LS. It would appear that a niche for a new formation is opening up. But predicting what will happen to the liberal political parties or our whole political system and how the Seimas may look in 2020 is now harder to predict than what the weather will be on election day 2020. And for this we must thank to politicians themselves, who did their all so that lacking earthquakes in our geographic zone, there would be no lack of them in our politics.

The board of Lithuania's Liberal Movement has decided to turn to court over information published by...