R. Urbonaitė. Are we really prepared to obstruct the export of crooked mirrors from Russia? 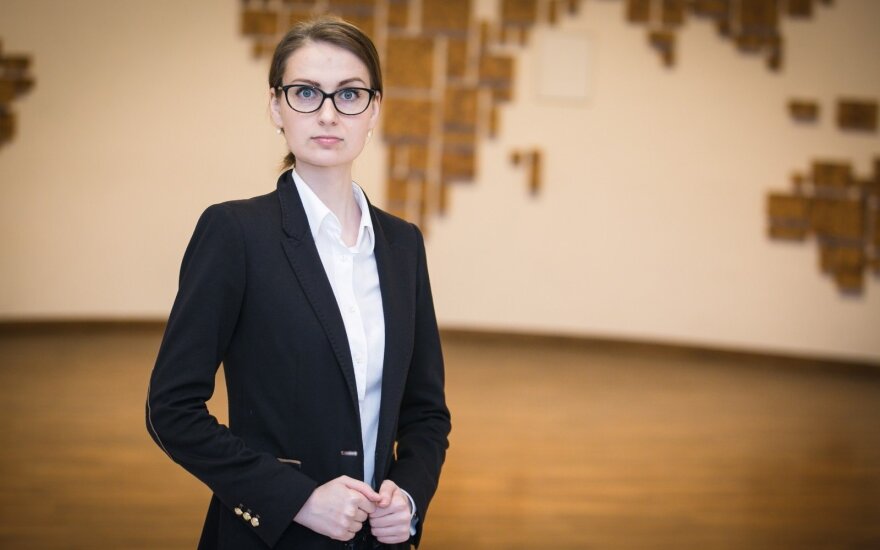 "If a state has nothing to boast of in terms of social guarantees, science development, education or economics, all it can do is blame all its failures on an external opponent and fill the foundation of state building with a mixture of militarism and nationalism," this is a statement from a country which typically spends a third of its budget revenue for power structures and solely defence spending reached 17% this year, two or even three times greater expenses than those on education or healthcare, Rima Urbonaitė writes on LRT.lt.

This is a statement by those who spend the majority of their time reporting about military conflicts involving their own country.

This is what the news portal Sputnik had to say, using headings which compare supposed Lithuanian militarism as increasingly similar to that of African countries, when writing about Lithuania's intentions to dedicate 2% of its GDP on defence spending. No matter that Lithuania certainly dedicates more funding to education than to defence, unlike Russia.

Just back in 2016 Russia itself spent 5.3% of its GDP on defence, during a time of economic crisis. This means that we had a situation where Lithuanian military expenses reached 636 million US dollars (1.5% of the country's GDP), while Russian expenses reached around 69 billion US dollars. What Russia is seeking, considering its views that the collapse of the USSR is a massive geopolitical disaster, and the expansion of NATO and the EU is a Western geopolitical expansion, is not hard to tell. This is why extra funds received upon the slight recovery of oil prices are once again poured into the military. Perhaps we should not be surprised that Russia's government and business elite sends its children to study abroad, or for healthcare procedures in Germany, Israel or the USA, despite screaming at the top of their lungs how decadent the West is and how the USA is the axis of evil.

Would you believe that a water pump is opened in an African village with balloons released and officials cutting red tape? Perhaps not. But this also happens in Russia. In Russia where people wait for the same gas for decades, right next to the major cities.

Facts, many of us do not know the real numbers. Lithuanian Russians or even many Lithuanians know Russia as something completely different than what you can find when analysing the facts, rather than just watching Russian broadcasting. You can of course ban them more and more. Or perhaps we need to talk? Speak calmly, based on facts and numbers, ones which most raise discontent because they break myths, break the crooked mirrors and turn the great power into a dwarf, just that it has a nuclear weapon in its pocket, but a dwarf nonetheless. It is not a proof of might to, driven by phantom pains, take the territory of another country or react in hysteria that a small neighbour is intent to perform its commitments to NATO partners.

But we often also only speak in emotion. While T. Venclova said, "If we are on the frontline (and that is probably a fact) – in the trenches we need discipline, awareness and calm resilience, also a firm cooperation, unfettered by ambitions, particularly with those on our flanks." Our fence is being constantly set on fire and that's a fact. But what do we need more – loudspeakers to shout that we're burning or fire extinguishers to put the fire out?

We need not answer with the same nationalism, nor mirror propaganda or hysteria and panic that has become norm in Russia. But systematic work to ensure our security, as a home insurance against a fire in high risk buildings, is necessary. Unbiased discussion with all our public groups is also a necessity.

And we cannot operate on the principle of ticking off checkboxes. It is great that we see a view in the Freedom Picnic that you wouldn't ever see in Russia. But less so when you see a young Lithuanian citizen asking the Minister of National Defence, what we will feature in the national defence classes and the latter send him to the Minister of Education and Science. Then the same tenacious youth asks, with justification, once more, pointing to the civic lessons which have become a circus because anyone teaches it any way they want. The answer from the Minister of Education and Science is shocking because apparently the ministry does not answer for quality, but it will apparently be something done by the military.

So why are we enraged by somewhat inappropriate little songs, if we still have a long way to go and continue to ignore those in Lithuania who live in the world of Kremlin constructed myth and believe in the special Russian spirit and culture which has long been worn out and is now frightening to touch because of the taint of politics on it. We need to reflect on ourselves critically and think well, how we should act because the number of threats will not decline, but for some reason all scientific studies are left in drawers rather than becoming the basis for real policy.

D. Grybauskaitė – I received a list of demands on my very first meeting with V. Putin