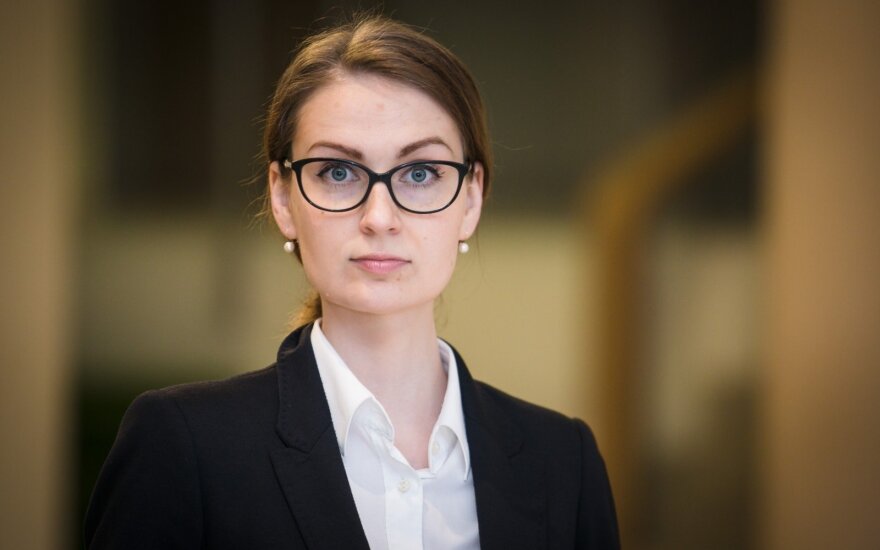 It has long ceased to be news that the coalition is neither harmonious, nor featuring smooth dialogue. But few could have expected this chaos half a year ago. However G. Paluckas arrived and the chaos began first within the Social Democrats and then continued to flood into the coalition. R. Urbonaitė writes about the ruling coalition's future on LRT.lt.

This coalition's interactions remind of cacophony. It is probably already hard to recall how many clashes there have been between G. Paluckas and S. Skvernelis. We watch how the Prime Minister sends the Social Democrats and their proposals choice words, while the proposals appear to lack tangible analysis and are just a mass of requests, including progressive taxation (It would appear they accidentally recalled they are leftists). But right then we hear R. Karbauskis' soliloquy how things are getting ever better between the coalition partners. Better for R. Karbauskis, better for the Social Democrat heads, who are sitting in Seimas, unlike their chairman, just not better for G. Paluckas. Thus the latter decided to justify his appointment as chairman, take leadership and put the coalition in check.

Related articles
SocDems' vice-chairman steps up with plan to save Lithuania's ruling coalition
S. Skvernelis – Social Democrat withdrawal would not necessarily mean the same for their ministers

Just that probably even G. Paluckas himself has no idea what this will do to the Social Democrats themselves. The decision to withdraw isn't everything. The question is also when to leave. Just that it isn't clear if this is being considered. Because for now the Social Democrats are not presenting arguments which would make everyone believe that they did their best to implement leftist policy and presented certain decisions, but were refused despite the proposals being excellent. Thus leaving without a major failure on the partners' side would not be overly insightful either.

There is also the question of what will follow upon leaving the coalition. What will the party's rehabilitation be like then? Is there a strategy? If there is, then in such a case doubts arise whether the Social Democrats in Seimas know anything of it. And the further, the more suspicious it is that this is no longer simply a struggle over party ideology, but an elementary struggle for a place under the sun, that is to say a struggle for power. G. Paluckas' comments so far fail to convince and it would appear fail to reach the target audience. An image has formed in the public eye that the Social Democrats are fractured internally and there's a lack of communication between the chairman, group prefect and others. There are few facts to deny this. But overall high political IQ, just as strategic thinking is unfortunately such a rarity in Lithuania's political scene. And this applies to not only political newcomers. Break down, reform, leave, come, prohibit. But why, who, how, what? These questions often get side-lined.

But if G. Paluckas announces a check, it does not necessarily mean he will also call a checkmate. It would appear that it is S. Skvernelis who wishes to call a checkmate, taking initiative into his own hands and going on the offensive. In other words he states outright that the Social Democrats can do all the surveys they want, but he is already negotiating with others. And there is nothing unexpected regarding this. Yes, the Social Democrats were and could still be convenient partners. But if they drag things on to September 20, then chaos will arise right at the peak when budgeting begins and a year will have passed after the elections and everyone will be increasingly demanding results. Thus it would appear that the Prime Minister does not enjoy being a pawn being pushed around by others. Who would?

Nevertheless we will have to see if the Prime Minister has a strategy. His situation was very thankless. Negotiations with the Conservatives would be extremely difficult. The benefit of being in the coalition is ambiguous for the Conservatives. But still, wanting power is also very natural.

Perhaps the Liberals may suit the Prime Minister quite well. He, by the way, is increasingly becoming like them. But it is dubious whether R. Karbauskis could contort enough here to allow the Liberals closer. The Electoral Action of Poles – Christian Families Union (LLRA-KŠS) and Order and Justice groups are even more complicated. The municipal policies of the LLRA-KŠS and their chairman adorned with a ribbon of St. George can only cause questions and doubts. As for the others, their order and justice is now in the hands of law enforcement. Thus whether it is worth treading all over all principles in the name of a coalition is also dubious. This does not mean that this political puzzle cannot be solved. The question is whether the Prime Minister and "Farmers" will have enough political IQ to solve it.

As such a lack of clear strategy and a weekly check to the coalition does not mean that the Social Democrats will also declare checkmate. It is unclear what this will end with. Nevertheless we can prepare for a very interesting new season of political game of thrones. Just that interesting does not have to mean it will have a happy ending because the interests of the state often are left somewhere in the shadows with such players.

S. Skvernelis – there will definitely be a proposal to withdraw from the coalition