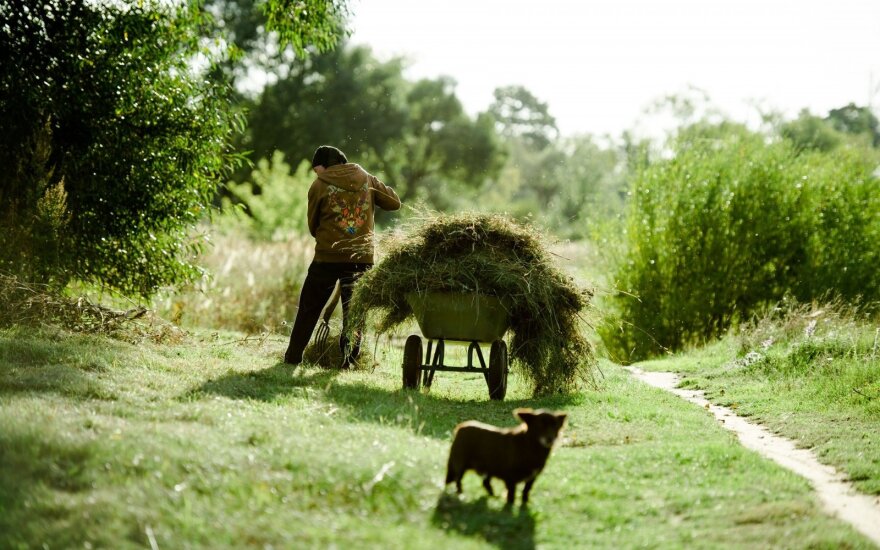 There are a number of things that politicians await with concern. These are: ratings, inflation numbers or unemployment figures, international competitiveness figures or corruption perception indices. This endless line-up of terror is always headed by the annual relative poverty metric. Even a slight increase in it causes the ruling coalition a nervous tic, what to speak of entire percent point, as occurred this week, Ramunė Sotvarė-Šemetienė writes on lrt.lt.

Prime Minister Saulius Skvernelis demonstrated genre classics. He declared that the rise of poverty in Lithuania is not due to him or the ruling coalition, but previous governments. But apparently now things will be different because there are decisions, which will change everything. There will be real changes in quality of life for the elderly, for the small and for the middle class.

This is almost a carbon copy of previous prime ministers, who also broadcast such allergy inducing statements about the flaws of the past and a bright tomorrow.

A lack of imagination? Or perhaps simplicity? But truth be told, it isn't all that important this time. This is because the figure, which eats at politicians nerves so says nothing at all about poverty its increase or decrease. Yes, it is called a relative poverty metric. However, the association in the name is where information about poverty ends. This is due to the figure being about income differences. Nothing else.

When it rises, this means that a group of citizens have gotten ahead – earned more, while others were unable to catch up. If it falls, it means that those running at the back of the economic track increased their pace and reduced their gap with the leaders.

It could even be that the relative poverty is statistically declining, but the real poverty levels are actually greater or even everyone lives in poverty. Imagine that there was a mass exodus from Lithuania of the highest tax paying companies or for whatever reason all wages were cut. There would be more people living in poverty and misery, but the relative poverty metric would decrease.

The opposite scenario is possible as well. If it were so that every single person in the country suddenly became wealthy and started to live, as the prime minister put it, with dignity, but some would experience a vast breakthrough due to new ideas and business success, the relative poverty metric would rise. Because it is not about poverty.

This does not mean, however that having spoken about rising poverty and those to blame, who were in power before, the prime minister can relax. This metric is about rising income differences. Some call it income inequality. Or exactly about what the politicians currently in power promised to be rid of.

There is no single opinion, what income differences are normal and when true injustice, abuse and lack of social policy begins.

Hard-line liberals would say that let the market manage itself and everyone will earn, what they are capable. Hard-line social democrats or socialists would see it as good if everyone earned the same, regardless of their capabilities or how much they worked.

A party seeking power or a ruling coalition declares that it understands this matter and declares goals.

This week we found out that the "Farmer" promise to reduce income inequality or differences in wealth is so far only a promise. Life in the country is going in a different direction.

Prime Minister Saulius Skvernelis reminded that the tax changes described as tax reform and rising social benefits will change the situation and next year we will have completely different metrics.

This could be the case. The decisions being made lead to believe that those earning the least and even those in the middle will have more. Both real and relative poverty should decrease due to this.

However, the opposite could also happen. If the wealthy do even better at the same time, relative poverty will increase regardless of greater social aid and perhaps slightly lower labour tax burden.

Inflation could consume these hopes and increase real poverty even with rising income. Excessive regulation and bureaucracy kill any initiative and pushes individuals into the ranks of those living off welfare payments.

It will be a year until it is revealed, whether the prime minister's prognosis is correct.

Politicians should learn already today that statistics is not a matter for fools. Correct interpretation of its data is an important political factor and advisor in making decisions.

Lithuania's immigration rate more than doubled in the first half of this year compared with a year...

Lithuanian President Dalia Grybauskaitė says she is ready to look through and sign a package of tax...