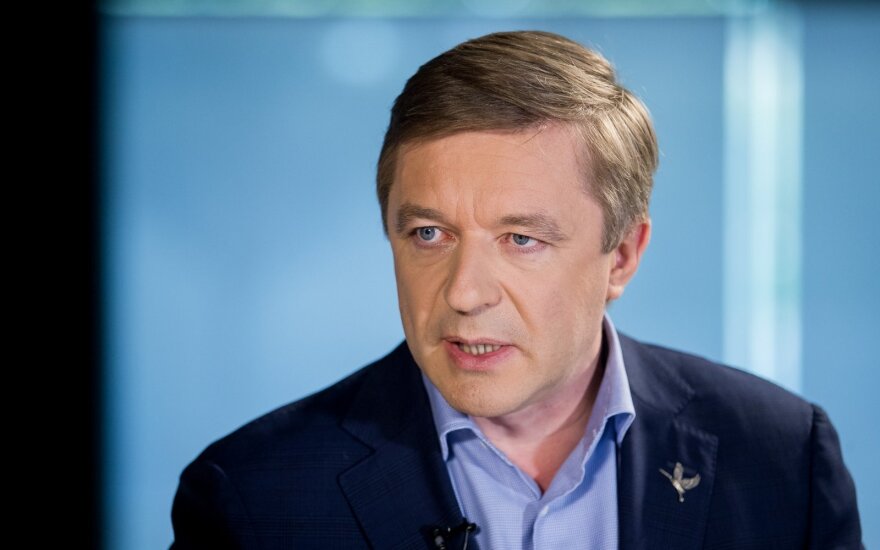 "The commission, which investigated the managerial and financial activities of LRT, will present its conclusions to Seimas, legislative amendments to improve LRT activities will be registered, we will continue the work started in the NSGK regarding illegal influence on political processes, legislation proposed by the cabinet and MPs will be passed, which will prevent similar situations in the future to the ones investigated in the NSGK," the party's press release states.

Related articles
Secret plan to draw in Poles not created by "Farmers": only one key detail changed
Mistrust in parties: political scientist warns – voters are irked by catchall politics

According to R. Karbauskis, the work planned for the new political season will be directed toward reducing corruption at the state level and increasing transparency in the regions.

"This autumn, the Seimas will also work toward prevention of nepotism and corruption in municipalities, especially with Special Investigation Service (STT) specialists having recently performed a number of evaluations recently, which describe the general problems of the municipalities.

We are interested in knowing, what the situation in the municipalities is right now because for example nepotism can have an influence on public tenders, the appointment of civil servants to offices and other suspect transactions at the municipal level," R. Karbauskis says.

According to him, the autumn session should also pass regulation for civil confiscation of illegally obtained property, which would ease the burden of proof on law enforcement, making it simpler to confiscate property obtained through organised crime or corrupt activities.

According to the LVŽS Seimas group prefect, the autumn session will also feature other work toward municipalities: a project will be prepared, which will allow for direct eldership elections and will grant elders more authority in making decisions and at the same time – making them elected figures, more responsible to their local communities. There are also plans to pass a communities law, which will allow them to engage in more activities and will grant them a greater role in resolving issues in the regions.

According to R. Karbauskis, the LVŽS will offer to return to the lobbying law, amendments to which should ensure politicians and business or other interest groups' activities' transparency. Legislation will also aim to establish "cross" declarations of activities.

Another priority in the autumn session is strengthening links to citizens, who have departed Lithuania. According to R. Karbauskis, the LVŽS will strive to ensure that nationals, who depart the country, would retain links to Lithuania.

The beginning of the autumn session will also feature a return to the questions of dual citizenship and its referendum, amendments will be registered, which will allow to change the referendum's declaration time among other things.

"Based on current legislation, the referendum can be declared no earlier than three months prior to it and no later than two months prior. This is too little time; especially when the most important questions of state life are resolved via referenda. There is also not enough time for a rush appeal to the Constitutional Court and receive a response without risking the legitimacy of the referendum's results. Thus, it will be offered to announce the referendum no earlier than 8 months and no later than 2 months prior to it being held," the LVŽS group prefect says.

The Seimas will also discuss the LVŽS group prefect's proposal over emigrants' mandatory health insurance debt – it will be proposed that emigrants would declare their departure and if they pay tax abroad, they would no longer be charged for state health insurance in Lithuania, debt would no longer accumulate and existing ones would be written off.

Also, a new demographic and migration strategy is to be proposed to the Seimas in autumn.

R. Karbauskis hopes that the Seimas will also support his legislative project for families, which have low income and are raising children or tending to family members, which proposes to aid and grant the necessary work experience for the period of them raising children or tending to relatives if their income at the time did not exceed a certain sum, which would make them eligible for retirement pension.

According to the LVŽS chairman, this political season will be active in social policy. The next year's budget will be aimed at resolving social problems, families' financial welfare, pensions, teachers, doctors, social and cultural staff wage increases.

Other work looms as well. Work will be done toward reductions in medicine prices and decisions are to be made on hospital pharmacies.

The Seimas will be actively participating in resolving copyright breaches and internet piracy issues in autumn as well. Work will be done with the expanding challenges of the large cities and growing suburbs.

Improvements will also be made toward the often complained about notary and bailiff service payment regulation, legislative bases will be formed to reduce these charges. An amnesty law is also to be discussed, which is to grant amnesty to prisoners, who have only made minor felonies, women with underage children, the disabled and retirees, who are uninclined to be repeat offenders or are prepared to reintegrate into society, accompanied by probation officers.