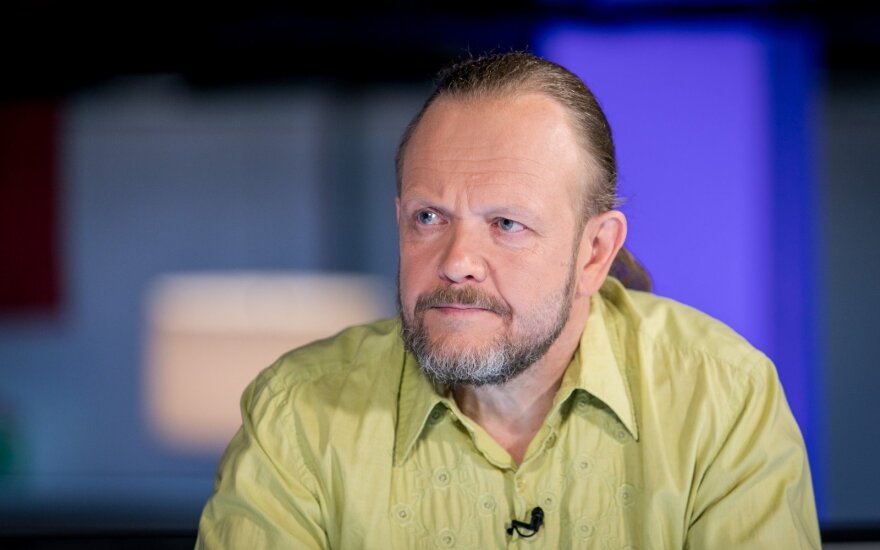 The existence of sovereign states in the contemporary world is defined by legal documents, which safeguard sovereignty or independence. Even those breaking international law seek to dress their crimes in legal dress, Ramūnas Bogdanas writes on lrt.lt.

The legal basis of our independence continues to be rattled for the scenario where under favourable conditions, Russia could take up direct aggression against the Baltic States. Innocent looking preparations are under way. The war is ongoing even if the guns remain silent. Economic, information and legal weapons are used.

Last week, the justice ministers of Latvia and Estonia finally followed the example of the Lithuanian Seimas in declaring that they will seek to investigate opportunities to demand compensation from Russia as the continuator of the USSR's rights. Already the next day, V. Putin's press representative Dmitry Peskov declared that the Kremlin, first of all, does not agree with the term "Soviet occupation."

The Kremlin's statement was made on September 23, on the anniversary of the Molotov-Ribbentrop pact. The pretence is once again that the pact did not exist. However, on December 24, 1989, its existence was confirmed by the highest government organ of the USSR, the Congress of People's Deputies of the Soviet Union resolution "On the political and legal assessment of the 1939 Soviet-German Non-Aggression Treaty." Our incorporation into the USSR was a consequence of the 1940 annexation.

On May 24, 1994, now the Russian Federation admitted it is the continuator and inheritor of the right of the RSFSR and USSR. Already under the rule of V. Putin, on May 5, 2004, the Russian Foreign Ministry made a statement on recommendations to denounce the Molotov-Ribbentrop Pact that for Russia, as the continuator of the USSR, the aforementioned December 24, 1989 Congress of People's Deputies resolution is binding.

The motif that Lithuania was then a part of the USSR is worth individual attention. Legal facts do not allow claiming so.

Since the 1989 Congress of People's Deputies Congress resolution already existed in 1991, the USSR acted in Lithuania as a territory that the USSR's chief governing organ had admitted it had occupied based on a criminal agreement.

On July 29, 1991, Vytautas Landsbergis and Boris Yeltsin signed a bilateral agreement in Moscow between the RSFSR and Republic of Lithuania, where Lithuania was recognised, based on the Act of the Re-Establishment of the State of Lithuania of March 11, 1990. Furthermore, the agreement specified that in June 1940, the Soviet Union annexed Lithuania.

As mentioned before, the Russian Federation has declared itself the continuator and inheritor of the rights of the RSFSR. The investigative committee's declaration ignores foundation of the bilateral equal relations agreement between Russia and Lithuania. Only one step remains to refusal to act based on the state commitments enshrined in the agreement. The denial of the March 11 Act is none other than giving voice to the revanchist dreams of the Kremlin.