'Putin has persuaded NATO members that Russia is a threat' 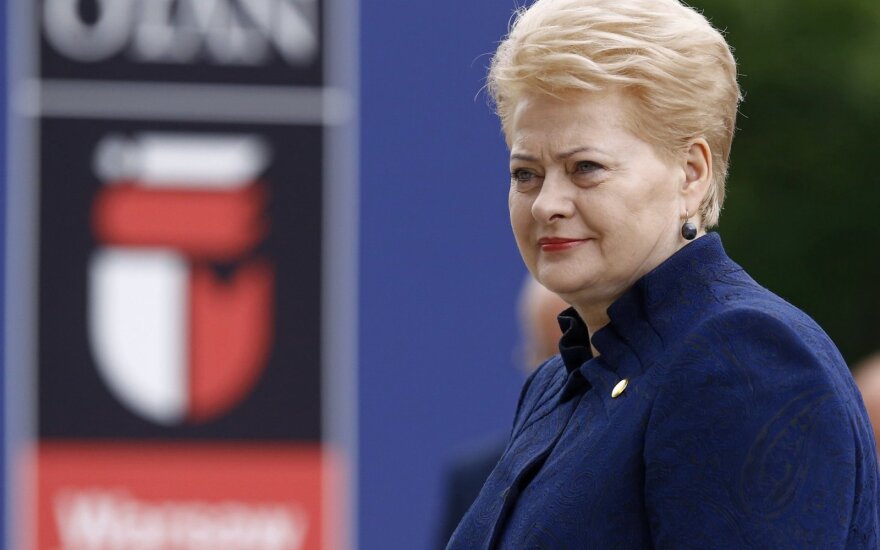 "Putin has worked hard to persuade everyone, therefore, I am very happy to see all countries understand unanimously and clearly what Russia is doing now, its conduct in Ukraine and its conduct worldwide, as well as its conduct at our borders," the Lithuanian president said after attending a closed dinner with top officials of NATO members in Warsaw on Friday.

"The Baltic states almost didn't have to talk" about Russian threats, she said. "It was a good feeling."

The Lithuanian president said the Alliance's understanding of the Russian threats took shape in the decision to deploy international battalions of 1,000 troops in each of the three Baltic states and Poland.

While undertaking to deter Russia, the Alliance has also emphasized the need for a dialogue with Moscow. Grybauskaite urged Central and Eastern European nations to not fear contact with Russia.

"Now when we have made the decisions we should not fear dialogue and renewal of contacts, which should in no way revise the enhanced deterrence and security measures but, instead, serve as an additional instrument that helps us prevent isolation and a new iron curtain in Europe," the president said.

NATO and Russian diplomats are scheduled to meet next week for a session where the Alliance will present the decisions taken at the Warsaw Summit.

The international battalion in Lithuania, which should be stationed in the country's territory next year, will be headed by Germany, with contributions from the Benelux countries, Norway and France.

The formation of the battalion in Latvia will be led by Canada, in Estonia by the United Kingdom and in Poland by the United States.

In Poland, the United States will station a brigade of about 4,000 troops on bilateral grounds.

Lithuanian military and diplomatic sources said that the US revision of the shape of its presence in Central and Eastern Europe makes it unclear whether US companies would remain in Lithuania, Latvia and Estonia.

The Lithuanian president also did not have a direct answer to the question.

"The United States are deciding on their presence, however, since the choice was to focus large forces in Poland and their potential of moving from one point or another is a matter of a few hours, the 'where, what and how' are no longer so important. The important thing is that everything is in our region," said Grybauskaite.

The US has sent about 150 troops to each of the Baltic states and Poland in 2014 in response to the Russian actions in Ukraine.