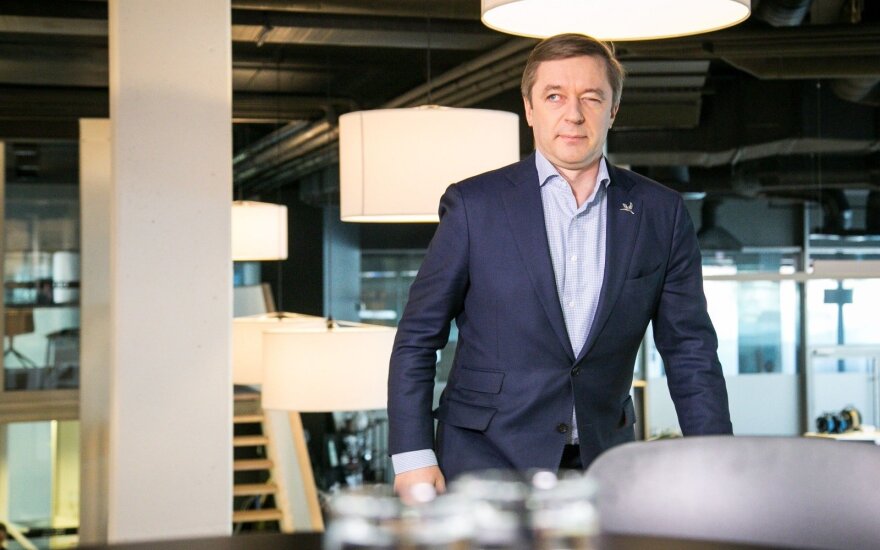 On Tuesday the Prosecutor General's Office decided to initiate an investigation regarding news media reports over land controlled by Lithuanian Farmer and Greens Union chairman Ramūnas Karbauskis business and his family members.

"Concerning information released on the news media on cases where several legal entities jointly control more land than the 500 hectares of agricultural purpose land outlined in legislation, the Prosecutor General's Office has chosen to initiate an investigation in defence of the public interest," the press release states.

The Prosecutor General's Office confirmed to BNS that an investigation has been initiated in reaction to news media reports about R. Karbauskis.

According to the office, after an investigation is performed and information is reviewed, a decision will be made whether there is legislative basis to take the matter to court.

"It is not prosecution or a pre-trial investigation, not by any means. These are civic measures, later contact may be made over the cancellation of the contracts. It is not a priori clear that matters will be taken to court. An investigation is simply initiated to gather all documents and data needed for a decision. And only when the majority of these are gathered will a decision be made, whether there is a legislative basis to take the matter to court," Prosecutor General's Office representative Elena Martinionienė told BNS.

The process of defence of civic interest does not have any witnesses or suspects, only document evidence is gathered.

The investigation has been initiated in the Prosecutor General's Office Public Interest Defence Department.

Planned to call upon the prosecutors himself

LVŽS chairman R. Karbauskis told Delfi that he welcomes such a step by the prosecutors.

"I planned to call upon the prosecutors myself either way, so that it would be clearly specified, I tire of these interpretations. When people are accused despite not breaking any laws, supposedly that they have an amount [of land] they are not allowed to," the politician said, noting that when the prosecutors familiarise themselves with the documents, "Any interpretations will cease."

"It won't ever end otherwise. You understand, up to 2014 no-one prohibited anything, it was only specified that a company cannot have more than 500 hectares. From 2014 such controls were established that no-one could purchase without adhering to regulations. And it is completely clear that such breaches could not have occurred," R. Karbauskis said.

The LVŽS leader assured that he welcomes the prosecutors' decision to initiate an investigation based on news media information.

"I do not know anything about the investigation. I heard of it from you, thus I cannot comment. None of us were called to the prosecutors' office for an explanation. All the land purchase contracts are legitimate, we have all the necessary documentation. If need be, we will present them," Agrokoncerno Grupė head Valdas Eimontas said.

The director says that if they are not called, they will not go themselves and will not seek out where and what information needs to be presented. They will await an official statement and will act according to legislation.

"Farmer" leader Ramūnas Karbauskis says that the company founded by his sons Mantas and Justinas mostly borrowed funds for business development from banks, however last year he also provided them with funds.

"Mostly it is bank credits. The 4.5 million euro that was written in the analysis [by the 15min.lt portal], that's funds from banks and the remaining part, which was once again not visible because there is no balance just yet, that is dividends and taxes from Agrokoncernas [paid in 2017]. I did all of this just recently," R. Karbauskis told BNS, adding that in essence his children's companies owe banks 4.5 million euro.

According to R. Karbauskis he provided funds for his sons last year specifically to increase these companies' capital. That said the politician did not dismiss the possibility that he had provided financial support for his elder son earlier as well.

"I would have to check, whether I did not provide some support for my elder son in 2015 or some other year. But it was of course not sums to this extent," R. Karbauskis told BNS.

He also emphasised that most of the owned land is worked by his sons' companies and only a very small part can be rented to unrelated companies or individuals, including R. Karbauskis Agrokoncernas.

"If they are renting, then only the occasional plot of land if it is in a different territory than where the farm operates. Those companies work the land themselves. Perhaps there are occasional ones that are more passive and not operating, but then they rent it to one another, to companies that cultivate land, companies from the same business group," R. Karbauskis said.

"They were not founded to lease land to Agrokoncernas," the politician stressed.

Legislation prohibits single individuals, companies or related individuals to own more than 500 hectares of agricultural purpose land. R. Karbauskis said that these contracts "did not seek to circumvent legislation because it was adhered to."

D. Grybauskaitė urged the Ministry of Agriculture to take measures

President Dalia Grybauskaitė urged the Ministry of Agriculture to take measures in implementing legislative measures that a company could not control more than 500 hectares of land.

She said this when commenting on news media reports that "Farmer" leader Ramūnas Karbauskis' Agrokoncernas has been making use of land belonging to his sons, sister, brother and father.

"We have mentioned that flaws remain in the legislation, it should be improved. But the largest problem I see is that no matter what the legislation is like, there was no oversight that the law would be followed," the president told journalists in Šiauliai.

"It is the negligence of the executive government and the Ministry of Agriculture should quickly consider not just legislative amendments, but also must design a legislative oversight mechanism," D. Grybauskaitė stated.

Minister of Agriculture Bronius Markauskas says that he has been in two meetings in the Presidential Palace.

Today he will meet with the minister of economy and a proposal will soon be made, what steps are to be taken to halt land purchases when laws are circumvented. Furthermore there are plans to review transactions and if breaches of law are found, the Ministry of Agriculture will take matters to court so that in defence of the public interest, transactions made in breach of the law would be ruled void and the land handed over to the government.

Based on existing legislation physical and legal entities cannot own more than 500 hectares of land by property rights.

The popularity of the ruling Lithuanian Farmers and Greens Union and the opposition conservatives...