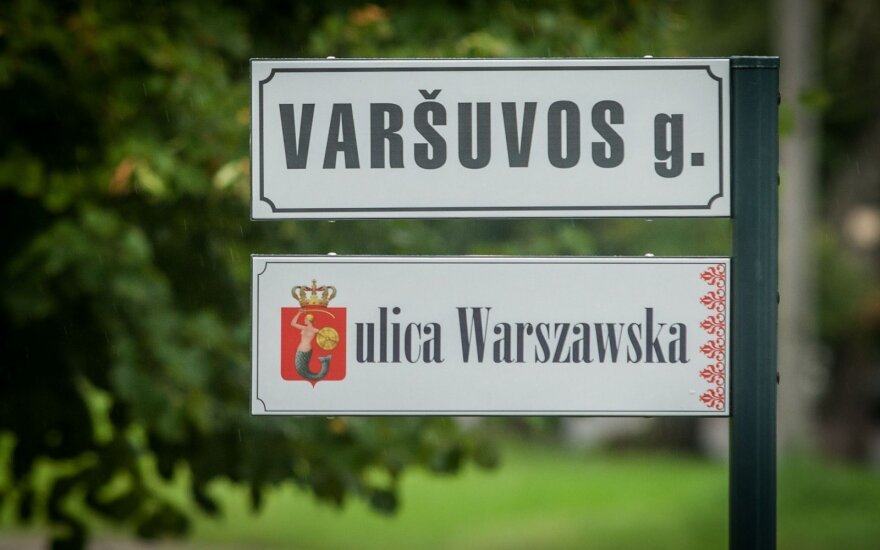 The proposed National Minority Law can be viewed as a hybrid warfare styled project, whose goal is to cause chaos and disintegration in the state, MP Audronius Ažubalis and linguist Antanas Smetona tell LRT Radio. According to them, the status of the national language makes all Lithuanian citizens equal and the new legislation would breach the Constitution. However, MP Dovilė Šakalienė of the Lithuanian Farmers and Greens Union is convinced that such legislation would allow Lithuanians to better interact with ethnic minorities and learning Polish or Russian alongside the Lithuanian mother tongue would not be a challenge, LRT.lt writes.

The project outlines that in certain cases individuals will be able to use ethnic minority languages both verbally and in writing in state and public administration institutions and subjects such as municipalities and hospitals. D. Šakalienė explains that there is currently no specific legislation, which regulates ethnic minority, rights because the Ethnic Minority Law, which was passed in 1989, expired in 2010. She emphasises the necessity to adhere to the United Nations Declaration on Minorities and that in regard to it, the ethnic minorities also desire for such legislation to exist.

According to the project's initiator, this is also a project aimed at safeguarding the state, given geopolitical circumstances. In this respect, it is an effort to combat attempts at antagonising and segregating public groups based on their ethnicity. The politician points to the case of the Polish community, where according to her, community members feel like they are being punished for their origins despite being Lithuanian citizens and wanting to feel like an integral part of the Lithuanian state. At the same time, she is certain that such changes would not challenge Lithuanian language content, identity and survival, acting only as a display of respect to minority rights.

Meanwhile, Conservative MP Audronius Ažubalis strongly opposes the project, describing it as a hybrid warfare styled project, whose goal is to cause chaos and disintegration in the state. He explains that while the project describes ethnic groups such as the Russian and Polish as ethnic minorities, such as the Tatars and Karaims, there is international legislation, which is very specific and improvisation is not an option in this regard. Furthermore, the politician points out that it would also cause a number of problems in neighbouring countries, such as Latvia and Estonia.

When asked if this is in regard to Russian speakers, A. Ažubalis responds that, "Yes, there's no other way around it and our Eastern neighbour would no doubt exploit this in order to cause constant chaos in those societies. That is one thing. Another is that this legislation is a proposal to establish three state languages. In Visaginas, 51.9% of the residents are Russian. Of course, they will want the Russian language to be used there. Going further – Šalčininkai region's population is 77% Polish, Vilnius region -52% Polish, Trakai region – 30% Polish. Since the next census is to be held in 2021, I believe it is possible to "work well" in Švenčionys region municipality, which contains 26% Russians and 13% Poles. However, what is important is that the status of the state language is that it makes all Lithuanian citizens equal. It is a binding cement."

A. Smetona concurs with the MP Ažubalis that this appears as if an attempt at creating chaos in the state and attacking state integrity. He recalls a proposal by Andrius Kubilius ten years ago to establish English as a national language, if both the previous project and this passed, the state would have four national languages.

The linguist points out that there are various resolutions to such issues across the EU, but nevertheless first of all it is necessary to establish what is an ethnic community and what is an ethnic minority, by what basis and circumstances such non-Lithuanian speakers or those feeling they are of a different ethnicity reached Lithuania and only based on this should decisions be made as per the UN convention on minority rights. "It is not just established in all states because it is fashionable, it even specifies that there must be consideration of the nation and state's specific historical, social and other circumstances," Smetona says. He gives an example – if someone only speaking Lithuanian were to seek employment in Vilnius region municipality, he could not do so for lack of minority and ethnic group language skills. To this, he asks, why would then his rights as a Lithuanian be discriminated against?

He follows up by noting what the Lithuanian state is and what its relation to the language is. "Lithuanian is the state language. Lithuania is the only place in the world where Lithuanian can flourish, where it can survive, be protected. Now we are suddenly willingly beginning to reduce these spaces. Is this necessary?" A. Smetona asks.

Article 14 of the Lithuanian Constitution states that the state language is Lithuanian. A. Smetona sates that this would be something for the Constitutional Court to rule on, however in his personal opinion it would be a breach, which would derail such legislation.

D. Šakalienė is little surprised by the negative response to her project, dismissing any potential for the legislation to act as a security threat to the state. On the contrary, she links the lack of minority legislation to the rise of political entities such as V. Tomashevski's bloc, which she describes as hostile to Lithuanian national security, as well as causing harm to Lithuanian-Polish relations.

"Alongside this, there is certainly the question of psychological comfort and human rights. What threat is there to the state language, whose status is unquestioned, by raising an extra street name in the minority language? It is not very clear, where you would have chaos and disintegration because it would be specifically a display of respect. How would this be beneficial to our state? It would help our, Lithuanians' capacity to comprehend and communicate with ethnic minorities," A. Šakalienė responded.

With a radio listener also pointing out that such legislation would cause difficulties in finding employment in the public sector in areas such as Šalčininkai region, D. Šakalienė responds that, "We are always so hostile to people who have further needs. In addition, I am talking about both ethnic minorities, disabled individuals and such. We are saying that learning an extra language alongside your mother tongue is no major challenge. And then it is no mortal sin to employ a specialist speaking [for example] Polish as well in a municipality where most speak the minority language."

I am in Seimas for five terms now, but I do not know of a single complaint from representatives of ethnic communities or minorities, which would have gone to Strasbourg, and that there would have been any confirmation that something is wrong for foreigners in Lithuania. Quite the contrary – the European Court of Human Rights recognised that the writing of names in the national language does not breach citizens' rights and such writing displays individual connection to the state," A. Ažubalis responded.

Lithuania's Education and Science Ministry has denied the status of long gymnasiums to two national...

Russia is responsible for the worsening situation of the Tatar community in Crimea , Lithuania's...

Polish President Andrzej Duda will begin his three-day visit to Lithuania this week by meeting with...