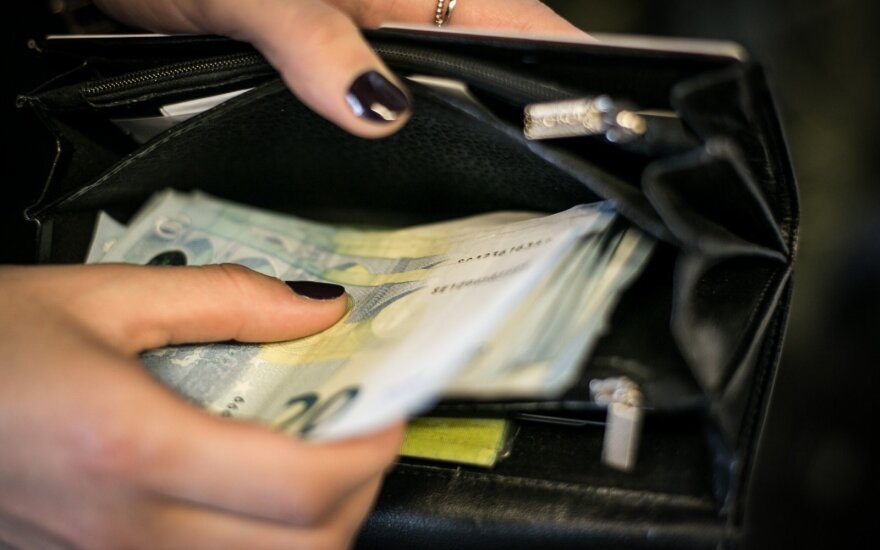 The majority and government institutions are celebrating the new Labour Code, however it does not appear they are certain how to practically apply it. Furthermore for the near future they do not intend to penalise employers who breach employee rights.

The new Labour Code outlines that the minimum monthly wage (380 euro) can only be paid for unqualified work.

Qualified employees earning this much had to receive pay rises from this Saturday or reduced working hours, or changed to an unqualified profession. Such changes should be established in the work contract.

Furthermore the collective agreement or when it does not exist, based on the approval of the employer (if they have at least 20 staff members), must specify a wage payment system.

Related articles
Gentvilas: Skvernelis and Karbauskis risk to lose everything
New Labour Code – what do employees need to know?

In it there must be an outline of staff categories based on position and qualifications, basis for further payments and regulation for wage payment indexing (wage raises or cuts without further negotiations).

Vice Minister of Social Security and Labour Eglė Radišauskienė recently explained that not adhering to these precepts will be viewed as a breach of the law.

We will monitor. Initially we will selectively review companies with more than 20 staff, seeing what their practices are like. We also have trade unions who say they will now be very active.

I believe they will also help because they have the non-state labour legislation oversight function and will contribute to combatting these breaches, whatever they are. Both for 1 euro and for the wage payment system," the Vice Minister commented.

The Code of Administrative Breaches (ANK) outlines that failure to establish a wage calculation and payment system in a collective or individual work contract will lead to a fine of 1450 euro, rising to 3000 euro for repeat offenders.

Such a breach done intentionally or unreported payments can garner a fine of up to 6000 euro.

This is also the maximum fine for illegal work. Other breaches have lower fines.

For example breaches in employee safety and health are fined from 30 euro to 2000 euro, if an accident occurs. If it is only concealed the fine is lower – up to 1450 euro.

The purpose of the State Labour Inspection (VDI) is to control the application of the labour code and other legislation that regulate labour relations.

The head of the inspection's Department of Service and Legal Application Irina Janukevičienė assured that the aforementioned fines for breaches are already in place as of the beginning of this year. With the Labour Code coming into power they have not changed, while the new code apparently encourages the "development of social dialogue."

"Firstly the parties should come to mutual agreement on problems that arise and the new Labour Code presents numerous opportunities and means to do so.

Even with a dispute between employer and employee, there are labour dispute commissions subordinate to the VDI that are intended to encourage dialogue and help resolve the disputes," she noted.

According to Janukevičienė it is currently hard to predict what the most common breaches of the new code will be. In 2015-2016 most of the breaches were made in regard to work and rest times, wage payment, illegal work and breaches in work safety.

She did not specifically answer how it will be checked and ensured that the minimum 380 euro wage is paid for only unqualified work.

Up to September employers will not be punished if they pay for unqualified work less than required by the Labour Code.

"Company inspections will be done as before, during them it will be reviewed whether staff are paid minimum wages only when they do unqualified work.

I would like to highlight that companies inspected during the third quarter will only be provided all the necessary consultations on these topics," the head of VDI commented.

She reminded that staff can contact VDI territorial departments with complaints regarding the identification of breaches and designation of responsibility, as well as the labour dispute commissions regarding individual labour disputes.

While the new Labour Code was passed already a year ago (only slightly amended by the current majority), the department head did not directly answer how much time it should take for confirmation of how staff should be instructed regarding it.

"Companies without a regulated wage payment system will have to do so. VDI will not apply the strictest means of administrative influence immediately because of it lacking, consultations will be offered on the precepts of the new Labour Code.

As I mentioned, there are no specific timelines, however based on common sense and fairness, if an employer does not respond to VDI recommendations and after that – perhaps a demand to comply with the norms – the decision will be made regarding the use of administrative means of influence," the official commented.

Thus it continues to be unclear when employees will be assured of a wage payment system and indexing, even though this novelty was touted as an advantage by the Ministry of Social Security and Labour a number of times.

PM Skvernelis could be faced with A. Butkevičius‘ fate

According to the German-Baltic Chamber of Commerce (AHK) economic survey 2017, Lithuania is one of...