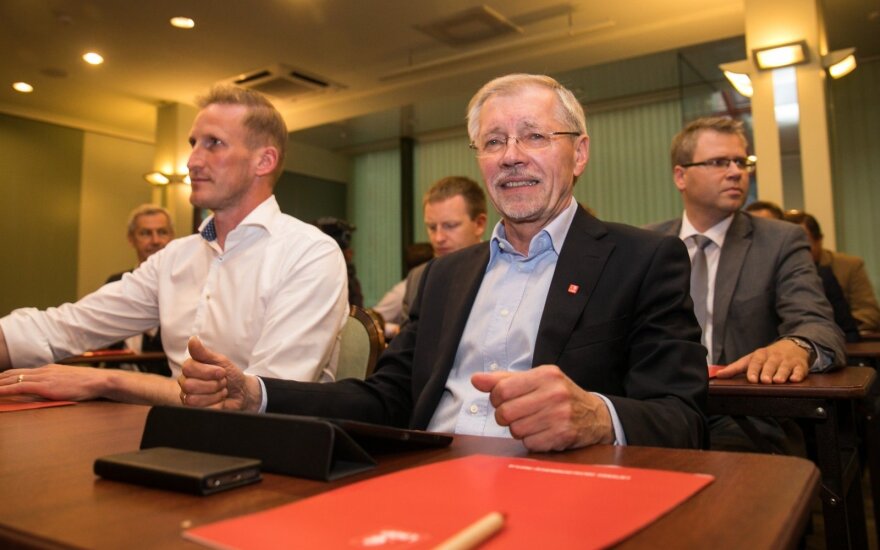 The, banks, apparently still lack enough power. So they send their commentators and experts straight into the middle of the presidential elections.

Sure, it is not prohibited and there should be no surprise about it. Because while they claim they are experts the reality of is that they have been participating politically the whole time. Anyone who did not believe they were just experts in this were correct.

That the banks have been influential participants in politics is proven by the fact that during the financial crisis they forced or convinced the Kublius’ government to borrow not from the less expensive IMF, but from the much more expensive banks, the very same banks who are being blamed for this financial crisis.

However, there already were bankers that were also political candidates. Nevertheless, they were the bank owners, which in my view, makes them more decent candidates.

Perhaps already the taste for politics those bank experts have felt, or maybe their masters not from Lithuania, to paraphrase Vytautas Landsbergis (however, he spoke in different context), tell them so?
Perhaps these bankers do have a strong taste for politics, or maybe they have masters from countries outside Lithuania. To paraphrase Vytautas Landsbergis (speaking in a different context) tell them if so..

The groups who produce the political ratings serve and do so zealously. They foisted their favored candidates for the presidential campaign even though other political players did not even have a chance to announce their own candidates. This was not difficult to do and this effort will be forgotten after those elections. As it was forgotten during the Seimas elections even when they were not even able to forecast correctly in the very least the results.

In the most recent political forecast of the three frontrunners, one candidate is realistic, the second is popular, (but unclear if he will run) and the third is the strongest and considered the main candidate.

What is the desire of these political forecasters and this rush into the election? And whose choice is theirs really? Is it of the bank owners or these experts? These questions are both rhetorical and not rhetorical at the same time. Let us hope that these elections provide an answer one way or the other.

They have been fighting for a SoDra ceiling (in reality for their own share of wages) and so the bankers are against the raising of the minimum salary. Nonetheless, just before the elections they discovered that salaries in Lithuania are too low. It is still uncertain, why did they have a sudden change of opinion – was it their conscience speaking or was it again just election talk?

The dual citizenship referendum will probably be held in conjunction with the presidential...

U2 leader Bono among owners of supermarket in Utena, Lithuania - news portal

Bono, the leader of the legendary Irish music bands U2, has been one of the largest investors in...