Prime Minister – We definitely will not have prices like in Poland 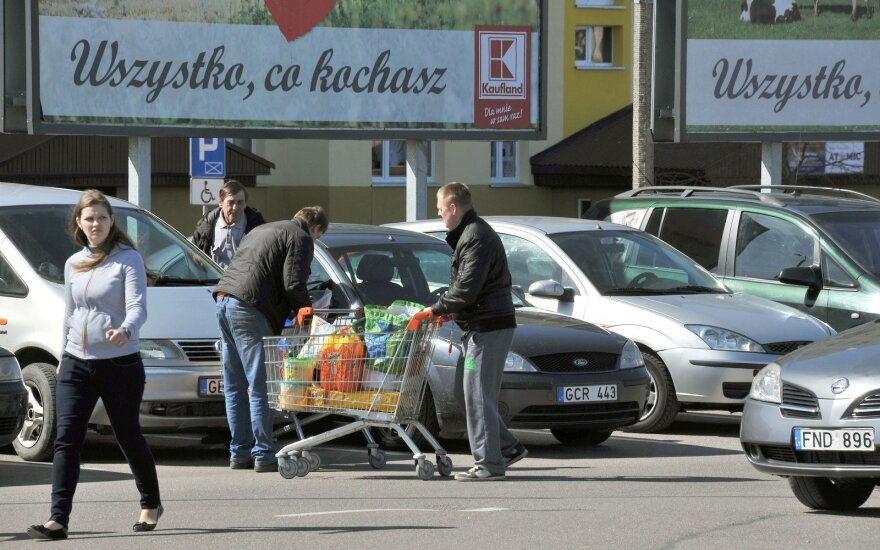 Though the Department of Statistics indicates otherwise, certain good and services cost as much in euro now as they used to in litas, Prime Minister Saulius Skvernelis told LRT Radio. According to him the situation would improve through higher competition, but even then we should not expect prices such as those in Poland

- What currently worries you the most as Prime Minister?

It would probably be hard to specify a precise sphere. The daily agenda, whatever it was, continues as is. Right now most likely the greatest concerns and headaches are regarding the autumn political agenda. [...]

- An LRT Radio listener is enquiring when the minimum monthly wage (MMW) is planned to be raised.

The MMW increase mechanism begins with negotiations at the Tripartite Council. It will definitely be done during this season. Our partners, the trade unions, believe that it could be 500 euro. The employers have a different opinion. The government has also calculated what sort of pressures it would exert on our economy. The negotiations will definitely begin. I have no doubt that from January 1, 2018, the MMW definitely could increase.

This will be decided in negotiations.

- The heating tax exemption is returning. How long might it last?

We have an agreement with our partners – the Conservative party. Agreement will likely be made in Seimas. The cabinet is has a commitment to two of the largest parties in Seimas – the Lithuanian Farmer and Greens Union and the Homeland Union – Lithuanian Christian Democrats – to propose legislation by October 1 that would establish a new value added tax (VAT), the so called heating tariff. If such will be the political will, the tariff will be permanent, not temporary. [...]

- Will the size remain the same?

- An LRT Radio listener is convinced that raising the MMW will have no impact because prices will increase. How do you view this?

We should view this objectively, how the situation in the country is proceeding. You can agree or disagree, have your own opinion, but it is obvious that during the first half of this year the GDP rose around 4%. Fundamentally, such growth cannot be found in any other EU country.

The growth in GDP was encouraged by a rise in consumption. In the end people's incomes are rising, the purchasing power is increasing. This encouraged consumption. Of course this is not all that excellent because this growth is not based on work efficiency or the rise in productivity. The economy is growing due to export. [...]

- We keep hearing that prices will rise. Do you find the prices to be large when you go to the store?

The Department of Statistics has observed different price changes, but when you go to the service sphere or the same stores, you definitely see price changes. One would like them to be different.

Speaking of retailers, particularly grocery, most likely the only solution we could have is for higher competition to arise. The entry of a new participant into the Lithuanian market definitely was a positive, but it is likely not enough.

If the people of the country hope that food prices will decrease to the same level as in neighbouring Poland, where a number of people go shopping, it will definitely not happen because our country and our market is too small. Especially considering that businesses want greater profit margins. For them 3% or 7% profit is not profit. To hope that prices will be like those in Poland... That won't happen.