LT Daily, media brief
aA
The new government has been making minor mistakes and has been observed to try and rush things, however it is also perfectly capable of listening to criticism, President Dalia Grybauskaitė told LRT Television in an interview. According to her, the newly elected government has enough strength to adjust and listen to how the people of Lithuania react. 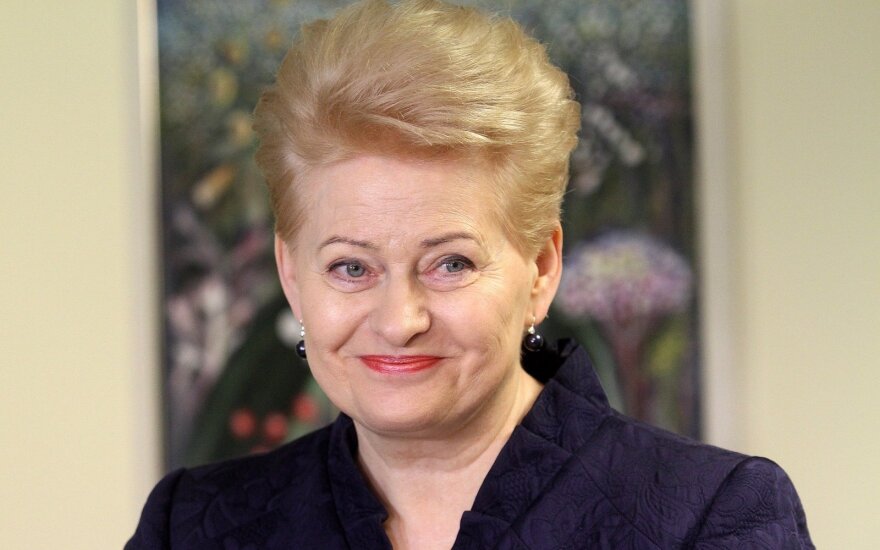 - What events in 2016 would you highlight as the most important?

After a certain period in life, somehow only the best memories remain in life. You want to brush off the bad, it somehow just fades away. Perhaps on the inside that which we best remember (whether it be good or bad, time will show) is that which happened fairly recently, that is our elections which brought in new political forces and faces.

Related articles
Social Democrats ‘left with no option but to fight back against president’
ELECTIONS: the Social Democratic Party in brief

As for what interested the people most and what we all observed, that would be the Olympics and Paralympics, which we all remember, recalling our achievements, particularly the Paralympians’ gold. Perhaps that was the most memorable.

Of course there were many scandals and various criminal events, fighting corruption. We have things to be proud of because we both managed to and dared to begin investigations against various terrible phenomenon. That would be the Vijūnėlė manor scandal, various “golden spoons” and political corruption. An entire three parties were incriminated by political scandal, two of them from the majority government. The government truly was cleansed, changed and the apogee was perhaps this election.

- Since we have started on the topic of the new government, perhaps let us continue with it. The new government has been in place for a month, it has made a number of steps. How do you view their actions, does it make for a positive impression?

Firstly this is the people’s choice. The election results show what people are thinking about the government, the cabinet, the Seimas and politicians. It is a serious warning to us all that we have to tune in to what the people are thinking, speaking and feeling. We have to try to reflect on that and help our people. It is the politicians’ duty, particularly that of elected politicians, thus those who have just come are at least demonstrating a definite intention to listen, consider and hear.

Yes, minor mistakes are being made. Yes, there is much enthusiasm to try and do something in a rush, but it is a start, we all learn from something. I am very glad that when mistakes are made, criticism is heard after all and they manage to fall back, do not try bulldozing forward, and have sufficient strength to fix things. That is good.

Yes, the new cabinet has been formed by a completely different principle. It is mostly a non-partisan cabinet of specialists, professionals and definitely transparent people. For now we have no indications for at least the majority of the ministers that there could be any problems in the areas of transparency and corruption. That is very important.

The people have to trust the government. That was the wish of everyone that those who can be trusted would arrive. It is an optimistic start, but time will show whether these people will manage to become firstly real politicians in the government and if they will remain responsible and clean, non-corrupt. That is of utmost importance.

We can calculate in absolute numbers. 13.5% are dedicated just to social needs. That is well in excess of a billion euro, but it is truly important how it is used, what priorities it is directed at, how the funds are squandered or contrarily – used for the benefit of the people, thus it is very important that the funding is used effectively, regardless of how much is allocated. It is important that they would be used efficiently because this is not just the state budget, this is also where the role of municipalities is massive.

For example currently we see such precedents where a part of funding for welfare payments is not used and invested into paving, other infrastructure, which is not directly related with the social needs of people in the regions. Of course it will be one of the governments tasks, how to put that money to use specifically for social needs.

This is specifically why this year I initiated a campaign for a safe Lithuania. Specifically through it we can involve the people themselves, communities, NGOs and volunteers in reducing stratification. Stratification is in everything – living standards, bullying, individual physical safety and children’s safety in Lithuania. The spectrum of social security is incredibly wide and one of its components is social stratification.

It is both the budget and social activity. Both NGOs and business – we can all fight with such stratification, the sort we find in Lithuania. It is not only the responsibility of the government, not only that of politicians, but of us all. We just need to see those next to us, try to understand their needs and if possible to give a hand and help.

After a stream of allegations of misconduct and corruption against the Government, Lithuania’s Prime...

Prizes to Olympic, Paralympic winners should be unified - Grybauskaitė

Prize winners in Olympic and Paralympic games should receive equal prizes in cash in Lithuania,...

The head coach of the Lithuanian national men's basketball team, Jonas Kazlauskas, said on Tuesday he...

Team Lithuania did not bring home any gold medals from the Rio de Janeiro Olympic Games ,...