the Lithuania Tribune
aA
The law on political campaign financing, adopted in 2011, bans politicians from accepting donations from corporate entities, although they can still accept support from individuals. However, politicians can bypass the rules and campaign through charity funds, Lietuvos Žinios reports. 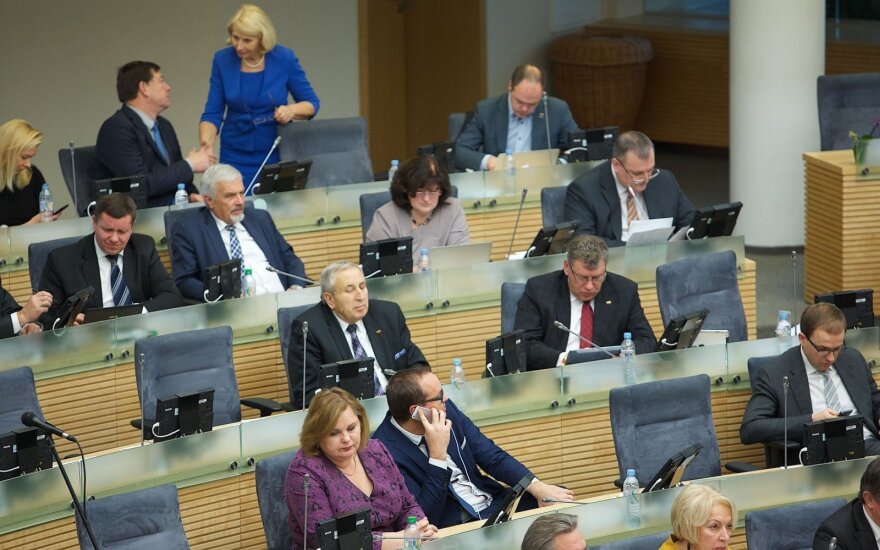 The law regulating charity and charity fund-raising does not prohibit politicians from setting up charitable funds named after them. Experts say that it leaves a loophole which allows politicians to promote themselves and indirectly use the funds for political campaigning.

Politicians themselves who have charity funds named after them insist that it is not the case and that they only lend their names to charities in order to help raise funds for good causes.

Attaching your name to someone else's money

MP Algis Strelčiūnas, a conservative, believes that there is too little oversight of charity fund-raising. He has drafted a bill that he said would put an end to politicians promoting themselves through charities.

Strelčiūnas believes that politicians and candidates for elected offices should not be able to found or co-found charities nor lend their names to any such funds.

"At the moment, politicians' charity and support funds attract massive donations from individuals and corporations and sometimes these funds are directly related to the functions that these politicians perform," Strelčiūnas told Lietuvos Žinios. 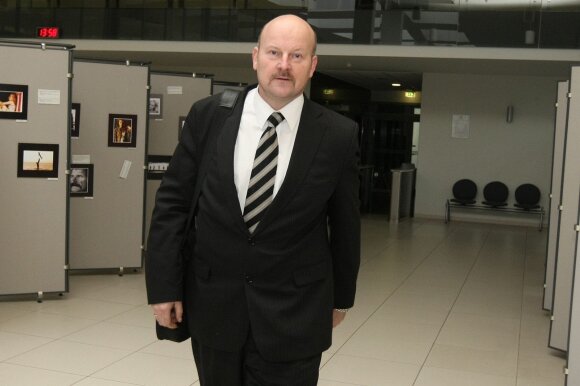 "There is also markedly more activity in such funds during election campaigns. All candidates should have a level playing field and charity funds should be used for the purposes they are intended, not for political promotion," he said.

He explained that often elected officials or candidates make charitable donations in their name using funds donated by other people or groups.

There are about 1,000 charity and support funds registered in Lithuania at the moment. About a dozen of those bear names of members of the European Parliament, the Seimas or municipal councils.

Among the most high-profile ones are those linked to MEP Antanas Guoga, a liberal, and MP Artūras Paulauskas, of the Labour Party. Liberal MP Gintaras Steponavičius, Social Democrat Albinas Mitrulevičius, Labour Party's Kęstas Komskis and Conservative member of the Alytus District council Algirdas Vrubliauskas each have one too.

Vrubliauskas said that the fund named after him in fact has five co-founders.

"Our fund is just gaining momentum. I get no benefit from it personally. It should help people in need of assistance. We have yet to give any assistance and are planning to do it this year for the first time," Vrubliauskas told Lietuvos Žinios. He admitted that raising funds for a charity bearing his name is much easier.

MP Komskis, a Deputy Seimas Speaker, concurred. He set up his charity in 2005 and gives donations to people in need as well as funds to different cultural initiatives, sports and religious projects as well as book publishing.

"I do not interfere with the running of the fund, I only come in when we need to raise money. When the charity was founded, I wasn't a politician yet," Komskis insisted. He also said he would support a bill preventing politicians from lending their names to charities.

Meanwhile liberal MP Gintaras Steponavičius, and former education minister, admitted that a charity fund named after him helps him advance his goals as a politician.

"The fund allows to do things using not the state's money, but that of supporters," he said, adding he has never used the fund to promote himself.

Rūta Mrazauskaitė of Transparency International Lithuania said that politicians can use charities not just for their intended purposes, but also as vehicles for campaigning, fund-raising and even money laundering.

Even though corporate entities are banned from supporting political parties and campaigns, politicians' charities offer an avenue to do so indirectly. Donations for high-profile causes give them media exposure and considerable publicity.

"It might not be a big problem if there was more accountability for charitable funds. Right now, neither the public or media nor the law enforcement authorities can easily access data on who donated to a charity fund and how much," Mrazauskaitė told Lietuvos Žinios.

She added that politicians' participation in charities named after them falls into a legal grey area.

While the letter of the law does not treat it as political promotion, it is no secret that they claim significant dividends from being seen in public or having their names associated with charitable causes.

At the same time, Mrazauskaitė is sceptical about MP Strelčiūnas's motion to ban politicians from setting up charity funds.

"It might be too harsh a measure - disproportional for managing the risks. We should focus more on overseeing charities. Those eager to uphold high moral standards should be aware of the risks involved and make sure that the public have no doubts about the true purposes of the charity," she said.

Political analyst Algis Krupavičius agreed that banning charities run by politicians would be too drastic, although the current state of affairs was not acceptable either he said.

"In Western European countries, it is habitual for retired or retiring politicians to set up charities, not those still actively involved in politics. In Lithuania, when a politician retires, their charity often fades away soon afterwards. The political community should make arrangements for continuing the operations of these charities," Krupavičius said.

Lithuanian parties on celebrity hunt ahead of elections

As general elections approach, Lithuania's political parties are looking for recognizable names to...

Most Lithuanian MEPs will not run in national elections

Most Lithuanian members of the European Parliament are not planning to run for seats in the national...