Political scientists on election results: there no longer is support for Karbauskis’ claim of winning all elections

Media Briefing
aA
On Sunday night, the results of the municipal council and mayor elections emerged. Vilnius University Institute of International Relations and Political Science (VU TSPMI) political scientist and docent Mažvydas Jastramskis spoke that these elections were akin to three exams: an exam of democracy, an exam of the party system and an exam of the government. 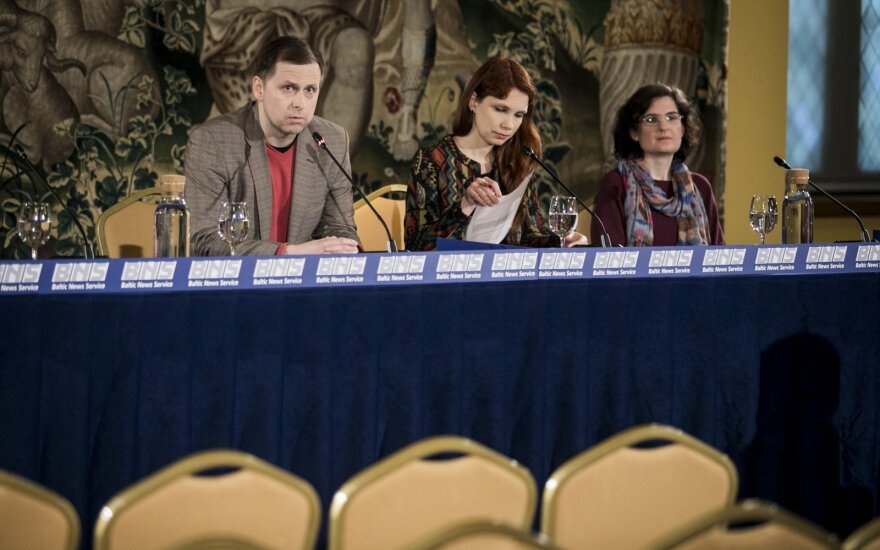 "On the municipal level, we can see the erosion of the Lithuanian party system. It is a paradox, but the only antidote to this erosion and the success of committees is strong parties. This is because the best performances were generally those of the Social Democrats and Homeland Union – parties with the most members, oldest traditions and largest branches in Lithuania," M. Jastramskis spoke.

Related articles
Parties take to decisive battle over municipalities: some hope to maintain positions, others aim for records
There is a model that helps predict Seimas election results more accurately than surveys

In regard to the exam for the government, he stated that the ruling "Farmers" may have increased their number of mandates in the municipalities, however you cannot fail to observe that even with increased vote percentage, they remain third among the parties and if committees are to be included – fourth. According to him, the 12% of the vote obtained by the Lithuanian Farmer and Greens Union (LVŽS) is a fairly small number, revealing that support for the party is waning.

"There no longer is support for Ramūnas Karbauskis' claim that they will win all elections. The question is if they will win any of the elections in general," the political scientist commented. He observed that the elections passed smoothly, with no vote buying scandals emerging. However, he noted that among the winners and those politicians entering the second round, there is a number of individuals known for their authoritarian methods, who have issues with law enforcement or who are political turncoats.

"It is the people's right and freedom to elect whom they will, however our attitude to democracy, what our democratic views are, this reveals something not so great," the VU TSPMI political scientist said.

Direct elections fail to justify themselves

Political scientist Ainė Ramonaitė views the election results as rather odd because there is no single winner. According to her, no one can celebrate winning these elections, unlike in 2015. According to the political scientist, currently we only see losers, the greatest of which is the Lithuanian Social Democratic Labour Party. According to A. Ramonaitė, this party has shown that it does not have the capacity to compete with the Lithuanian Social Democratic Party, from which it split off almost two years ago.

"What is truly concerning when looking at the election results, I would say is that the direct mayoral elections failed to justify themselves. Even if we said the whole time that this is a bad idea. What we are seeing is that a sort of feudalisation is growing stronger in certain regions and overall, there is strong entrenchment by former mayors. It is unlikely that it is only due to them working well," A. Ramonaitė spoke.

The political scientist also pointed out that if such trends continue, this could lead to the national and municipal elections separating themselves greatly. According to her, the situation was greatly changed by electoral committees and that the positions of mayors were seemingly "frozen" and do not react to changes in national politics.

Voters looking to the future

VU TSPMI political scientist Ieva Petronytė said that it is also worth noting the voters' political thinking. According to her, when you look at the dominating electoral rolls and compare to the leading mayor candidates, in many cases party and mayor personalities match.

"This shows that regardless of how voters are not really seen as sophisticated or how we sometimes somewhat sceptically view our voting, it seems that Lithuanians are thinking about how work in the municipality will be after the elections," I. Petronytė spoke.

Preliminary predictions of Seimas elections can be made based on the results of the municipal...

The municipal election marathon that launched on Wednesday has brought with it a slew of breaches,...

Preliminary voting in the municipal and mayor elections continues on Thursday, lrt.lt writes.

Civic electoral committees aiming to compete for seats in the city municipal council are complaining...