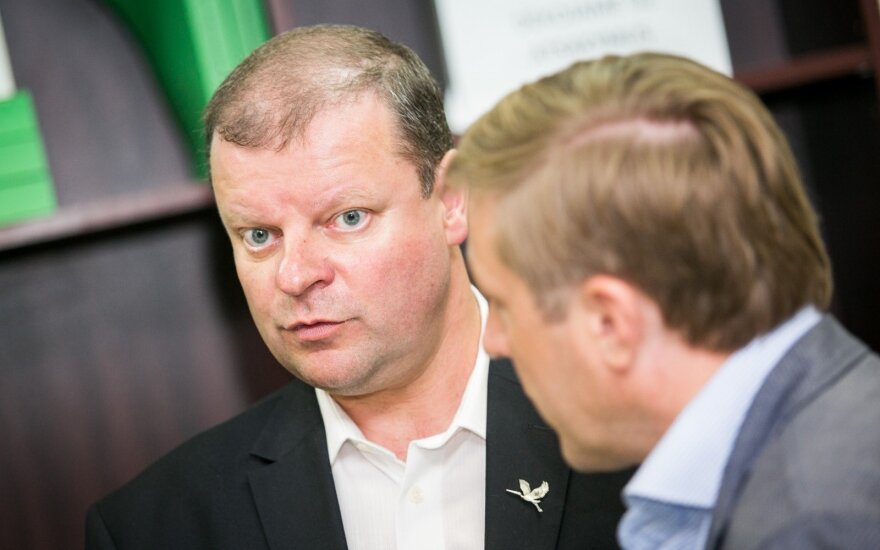 The rise of populist powers is a threat to Europe because often such parties are inclined to break down existing systems while being unable to offer an effective alternative, political scientist Rima Urbonaitė tells LRT.lt.

Meanwhile political scientist Mažvydas Jastramskis notes that populist powers also partially do good work by raising certain topics of concern to the public, direct the attention of traditional parties toward it, sometimes forcing the inclusion of those questions.

According to analysts from the Tony Blair Institute for Global Change, for a little more than the past decade, populist powers in Europe have gained strength like never before, being particularly potent in Eastern Europe.

Related articles
R. Urbonaitė. Wisdom is needed to implement legislation, but not really to pass it?
President: “Pseudoprojects instead of reform”

"They have entered power in seven states: Bosnia, Bulgaria, the Czech Republic, Hungary, Poland and Slovakia. In the 2000s, populist parties gained on average 9.2% of the vote at the national level, while in 2017 this reached 31.6%. In the year 2000, only two Eastern European Countries saw populist parties receiving at least 20% of the vote, while today there are 10 such countries.

While populism remains a minority phenomenon in the Northern countries, the votes in their favour have grown significantly in recent parliamentary elections. The majority of European populist parties are right wing – 74 of 102 parties," the authors of the institute's study state.

Cause for concern already a decade ago?

Mykolas Romeris University (MRU) political scientist R. Urbonaitė says that the rising strength of populist forces should have been a cause for concern some time ago already.

"Scientists pointed out ten years ago that the rise of populism is ongoing and has room for growth. We should not think that populism is simply the "throwing around" of popular ideas, which appeal to voters. Populism is noted for the propagation of nationalist ideas, going against the existing system, seeking to return traditional values, even demonstrates authoritarian tendencies. We can see Euroscepticism spreading with those parties as well," she noted.

Meanwhile Eastern Europe Studies Centre (RESC) analyst Vytautas Keršanskas notes that perhaps the studies of the Institute for Global Change and others would not appear so menacing, if they agreed on the concept of populism.

"In terms of such studies, the concept of populism is always disputed, what it should include. Perhaps what is attributed to populism in the general sense in Western Europe does not coincide with the perception in Eastern Europe. Yes, we see the growing popularity of powers identified as populist. In some places, national electoral systems protect from them gaining power.

The Polish ruling majority and Viktor Orban in Hungary are often attributed as being populist or even radical movements in Eastern Europe. However, in Hungary itself and other states there are even more radical movements which could be a challenge, but their chances of forming a ruling majority are greatly limited. Yes, the Visegrad states have a different vision for the EU than the West and if the EU's goal is to retain the status quo, then such a view is a challenge, however not a fundamental one," V. Keršanskas says.

Seeking to break down systems, but unable to propose functioning alternatives

R. Urbonaitė says that the threat is that populists manipulate information, want to break down systems, however are unable to propose effective reforms.

"Populist ideas are presented appealingly, but in fact it is the intention to break down the establishment. What is most frightening is that often the dismantlement of the establishment becomes the goal, but there is no proposal of how the system should be reformed.

Perhaps we calmed down when last year the French and German elections were not another shock, but I wouldn't say that we can truly calm down because fairly radical forces received significant support. If there aren't enough talks about the threat of populism, if the current traditional parties in power do not see it as a threat, the scales can tip even further in favour of the populist parties," R. Urbonaitė warns.

However, both V. Keršanskas and Vilnius University Institute of International Relations and Political Science (VU TSPMI) political scientist M. Jastramskis believe that the popularity of populist forces has positive aspects.

"On one hand because those parties make the political process more primitive in one way or another, a part of them balance on the edge of extremes, inciting nationalist moods, attempting to return to exclusive nation states due to which the EU would grow weaker and this would not be beneficial for Lithuania. On the other hand, it is no good to suppress problems in any democratic state, if the people care about it. It is paradoxical, but the democratic political elite does not consider what people think.

As such the fact that certain problems surface and become part of the political process due to a party of some sort is a good thing. Then the traditional parties have a choice whether they will react to those matters. It can be observed that particularly centre-right powers are increasingly dedicating attention to questions, pressure for which appears from the radical right to a significant degree," M. Jastramskis says.

According to V. Keršanskas, this trend is illustrated by the recent Austrian elections where the Conservatives, who were more moderate regarding "niche" questions and allowed the radical right to appear in the country, made their rhetoric stricter and reclaimed a part of the vote. Similar things are happening in other countries as well, the political scientist observes.

Does the LVŽS match the concept of populism?

Institute for Global Change study identified the Lithuanian Farmer and Greens Union (LVŽS) as a populist party. It is written that the "agrarian populism party LVŽS had a successful electoral appearance."

"The LVŽS demonstrated is opposition to the system, the elite. We thought that a completely new ruling model was proposed. Sometimes there was talk of what the public wanted to hear. It was not the vision of political elite, which would go somewhere, but of politicians talking in an effort to raise ratings. Some moderate Euroscepticism, elements of nationalism could be seen. However I couldn't say that the LVŽS is a completely populist party, despite having traits of it," R. Urbonaitė states.

M. Jastramskis also does not feel the LVŽS fully matches the definition of populism, stating, "I would not call the LVŽS a populist power along the lines of Marine Le Pen's National Front. It is a different phenomenon. Parties with anti-establishment rhetoric are more typical for our state, ones, which upon reaching power, become truly technocratic, pragmatic centrist forces."

Meanwhile V. Keršanskas says he does not even see much of any "agrarian populism."

"Every election in Lithuania has an element of populism, there are attempts to reflect the pains of society and the LVŽS is no exception. They attempted to appeal toward those problems, however whether it is populism in the general sense or an expression of desire to win elections remains a question.

As far as the concept of agrarian populism, the LVŽS agenda does not appear to focus on agriculture, rather the interests of its individual members," he says.

Lithuania's President Dalia Grybauskaitė remains the most favoured politician of the country,...