Poland vows to back Hungary in row with EU, Lithuania calls for dialogue

BNS
Polish Foreign Minister Jacek Czaputowicz, on a visit to Vilnius, on Thursday vowed to support Hungary in its row with the European Union, while his Lithuanian counterpart, Linas Linkevičius, called for dialogue between Budapest and the bloc. 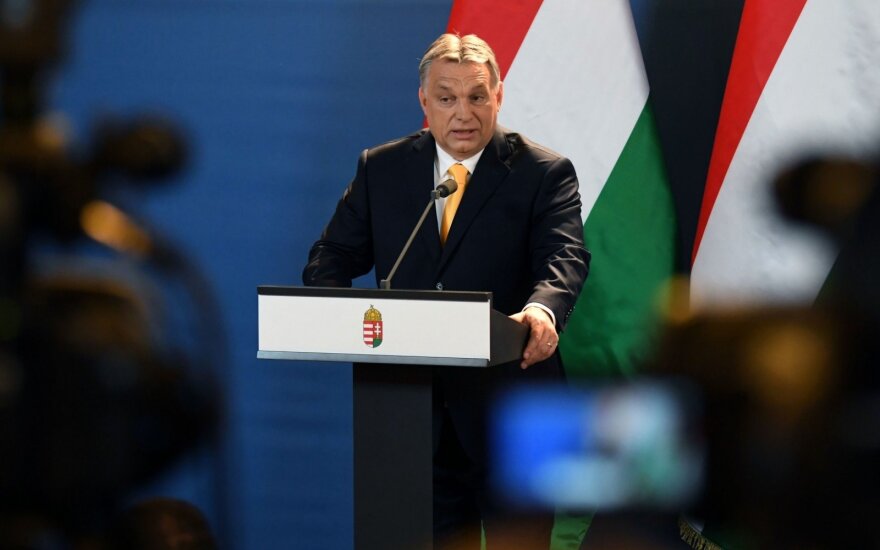 The European Parliament on Wednesday voted in favor of taking measures against Hungary for undermining the bloc's democratic values and the rule of law.

This will trigger a disciplinary procedure that could strip Hungary of its EU voting rights. The decision will be made by the Council of the European Union, made up of the governments of all EU member countries.

"If it comes to the discussion in the Council, we will be against it. We will veto the decision if it comes to the sanctions," Czaputowicz said at a joint news conference with Linkevičius in Vilnius.

Related articles
The Necessity of Sharing: How the Western establishment could save liberal democracy (and itself)
Kęstutis Girnius. Three for the European Union and Lithuania

"I think that the EU tries to exert pressure towards countries of our region and we have to demonstrate solidarity in that case," he added.

Linkevičius said that sanctions against Hungary will not help bridge the gap between the positions of the EU and Budapest, adding that "we are standing for the dialogue against ultimatums".

The minister did not say, however, how Lithuania would vote if the issue of sanctions against Hungary reaches the Council.

The European Commission has launched an infringement procedure against Poland amid concerns over its judicial reform.

Linkevičius said on Thursday that Lithuania will not support sanctions against Poland if this issue is put to a vote by the bloc's member states.

Polish Foreign Minister Jacek Czaputowicz has called on Lithuania to amend its legislation so that...