LT Daily, media brief
aA
The new Prime Minister Saulius Skvernelis says that the concluded 2016 was a difficult year for Lithuania, with emigration rates rising rather than decreasing. Problems in the education system also remained among the most important to resolve, while the bureaucratic networks in Lithuania did not diminish. That said the PM is intent to do everything possible to begin to resolve this as soon as possible. 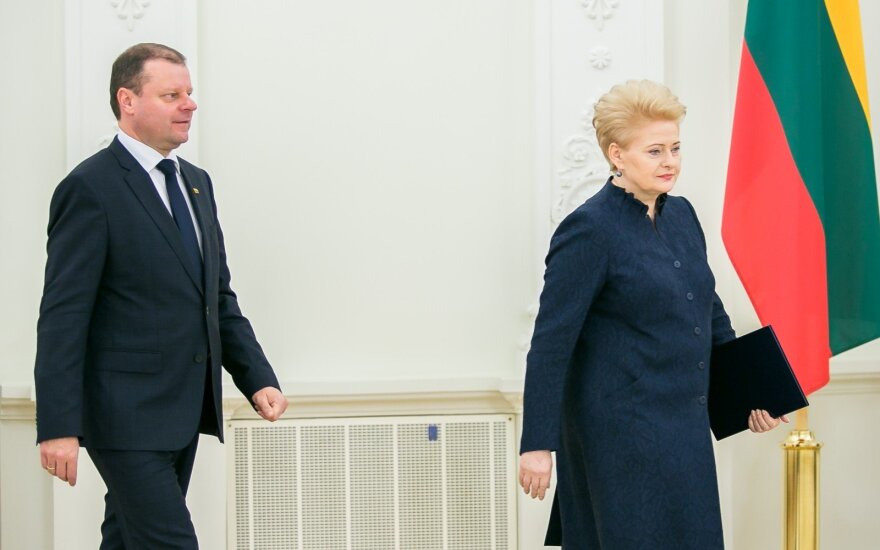 “It is a challenge discussed many times before. If rates such as this continue, we as a state have no future. There are specific means in mind, how to improve peoples’ livelihood in the country because emigration is a diverse set of reasons, why people depart. We frequently link it to economic metrics, yes it is very important, one of the key factors, thus we must revitalise businesses and seek new export markets <…>. Of course it is very important to revitalise the regions because we have both external and internal migration and frequently this is just an intermediary step from the regions to the capital and the abroad,” the PM spoke about one of the greatest problems facing the country.

According to Skvernelis the people should be made to feel the masters of their country, but currently that is not the case – all decisions are made under the cover of the bureaucracy, with the citizens being left in the dark.

The PM pointed out that in 2017 work priorities remain the same as what the “Peasants” and their coalition partners promised when signing the government programme.

“I have listed it a number of times and those tasks are underway – public sector reform, state company review, combatting corruption, education reform and reducing social stratification,” the PM spoke about the challenges ahead.

According to him, this year has to be the tipping point because only with starting and implementing these processes, the results will be felt not just this year, but later as well.

“I believe this year should be the tipping point. If we manage to begin to implement the global processes, we will feel the results both this year and in following years. Failing to do so, though I of course do not believe we would fail, it would be a bad symptom and bad message for society that nothing is changing, thus I hope for understanding and support. The reforms will be rather radical and difficult, but unavoidable. If we want change and to live differently in the future, we have to concentrate and make those changes happen with the cabinet,” spoke S. Skvernelis.

The President and the new government have stressed a number of times that one of the greatest tasks...