BNS EN
aA
Lithuania's Prime Minister Saulius Skvernelis hopes to reach full stop in the Friday's negotiations among the Baltic prime ministers in an effort to ensure European support to the Klaipėda liquefied natural gas (LNG) terminal. In his words, if the discussions end in failure, Lithuania will seek to end the discussions and move on. 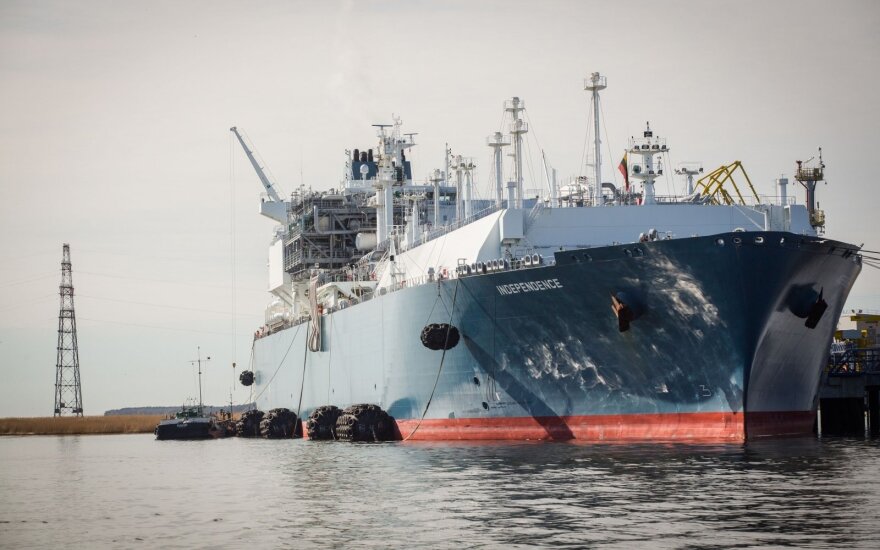 "It has been exactly ten years since the start of the discussion among the Baltic states. My hope for tomorrow is to put a stop. Either yes, or no," Skvernelis told Žinių Radijas news radio on Thursday morning.

In his words, an agreement on the regional Baltic LNG market would help bring down gas prices for consumers.

"Ten years is, I think, a long enough time for discussions but the discussions show that they are stalling very important energy projects and tasks, which is something Lithuania cannot afford, that is why Lithuania was forced to become the leader in the settlement of the LNG terminal issue, we now have an alternative of solving issues of Lithuanian, Latvian and Estonian consumers – reduce gas prices and have an independent and free gas market," said the Lithuanian prime minister.

If the countries managed to agree, terminals in Lithuania and Estonia along with the Latvian gas storage facility in Incukalns would be eligible for European funding, he added.

On Friday, the heads of the three governments are planned to go to Incukalns and proceed to Parnu, Estonia, directly from there.

Lithuania's government wants all three countries to agree on the so-called regional LNG package, which would emphasize the importance of the Klaipėda LNG terminal, the future Estonian terminal and the Incukalns storage facility.

The prime ministers of Lithuania, Latvia and Estonia will this week attempt to agree on a common...

Lithuania will buy more LNG shipments from US - Pence

United States Vice-President Mike Pence said in Tallinn on Monday he was convinced that the shipment...

The state LNG terminal: it lacks where it’s short (1)