Pavilionis’ slight to the party: calling on SEB shareholders regarding Nausėda 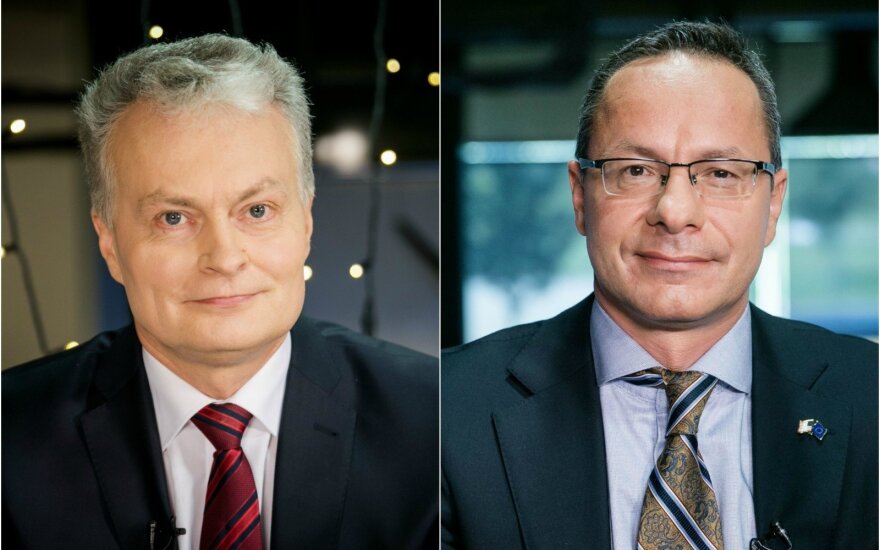 Seimas conservative Žygimantas Pavilionis has appealed to bank SEB's shareholders, claiming that he is concerned by the "unambiguous and dangerous situation when one of the most prominent economists in the country both represents the SEB bank and its being identified as a potential candidate to the post of president."

Ž. Pavilionis, who is also identified as a potential candidate for the Homeland Union – Lithuanian Christian Democrats (TS-LKD) in the presidential elections, released a public letter to Wallenberg Foundations AB president and chief shareholders Peter Wallenberg Jr, as well as the foundation's head of foreign relations Magnus Schöldtz "regarding the status of SEB bank president's advisor in Lithuania Gitanas Nausėda."

"The banking and finance sector are a strategic area of a country's life, which, due to its sensitivity must be as far removed from politics as possible, especially during eletion periods. Unfortunately there have been a number of cases in Lithuania where banks intentionally or through circumstances were involved in political games and this had poor repercussions for not only them, but also the state.

Though the Homeland Union – Lithuanian Christian Democrats have not yet specified their candidate to president, however in my personal opinion the situation regarding G. Nausėda as a potential candidate is developing as such that it is my duty to warn SEB shareholders and demand maximum transparency and openness from them before the Lithuanian citizens regarding their employee," Ž. Pavilionis explained the motives of his appeal.

Delfi reminds that the newest Spinter Tyrimai public survey data from late January revealed that G. Nausėda is currently viewed as the most popular potential candidate in the presidential race. Currently he could gather 15.6% of the vote. In second place is Prime Minister Saulius Skvernelis who would receive support from 11.3% of voters. In third is Kaunas Mayor Visvaldas Matijošaitis with 10.9% support.

When asked by Delfi to comment on the conservative's appeal, G. Nausėda responded that, "Perhaps certain people are really tense and want something, but if that is the case and they want something, they should focus on the message they want to relay to the public and not at other people."

The economist stated that when various opinion surveys are performed, an open question is left, asking whom the respondent would want to see as president and the respondent selects what they wish.

"And my name appeared on those lists like this. I had absolutely no influence on this," he stressed.

G. Nausėda muses that other prominent figures' names may appear in the surveys this way as well.

"Say the name of conductor Gintaras Rinkevičius appears this way. What then? Should he, if his name appears, cease conducting and resign? I think not. I have said a number of times myself that the time will come and I will decide. If I truly decided to participate in politics, in elections, I would announce it on that very day and it is when my career at the bank would end," he said.

The economist noted that certainly, in recent times he certainly does comment on various questions linked to foreign policy, foreign trade relations and other states.

"However I have commented on such questions as an economist a number of times before. Only then my name was not on the list [the surveys], no one would grant the comments any further significance. But now I am observed through a magnifying glass. I would only like to wish some people some calm. Let them relax and live in peace," G. Nausėda spoke.

Not coordinated with the party

As Delfi was told by one of the TS-LKD's leaders, MP Andrius Kubilius, the letter by his colleague Ž. Pavilionis "came as a surprise."

"I inquired – it is an appeal that is completely personal, not coordinated with anyone in the party by our colleague. I view it as rather odd and in my opinion not very adequate for the situation in Lithuania right now.

Let me say more: G. Nausėda, who is the topic of this appeal, has not stated he will run for president and has not been identified as anyone's candidate. To my understanding he is simply a fairly popular expert," the politician said.

According to A. Kubilius, the work of G. Nausėda, same as Bank Nordea economist and Baltic States research department head Žygimantas Mauricas or Swedbank chief economist Nerijus Mačiulis is to publically and in layman's terms explain economic questions.

"People like them for this and dislike certain politicians," A. Kubilius said.

When asked whether Ž. Pavilionis is actually being considered for TS-LKD candidate in the presidential elections, A. Kubilius responded that "many are being discussed."

"This means nothing. There will be procedures, party candidates will be raised. Some perhaps see themselves as candidates and this influences their actions, which sometimes are not fully rational, but I cannot evaluate it in any way. But we do not have candidates," the politician said.

Economist Gitanas Nausėda took the lead on the list of potential candidates for president in the...