Aivas Ragauskas | ldkistorija.lt
aA
Paper mills, their key characteristic being the use of water energy, were an important element of the technology revolution. The production of paper, which replaced parchment, encouraged the spread of literacy and book reading, because the price of paper could sometimes account to as much as half of all costs of printed materials. 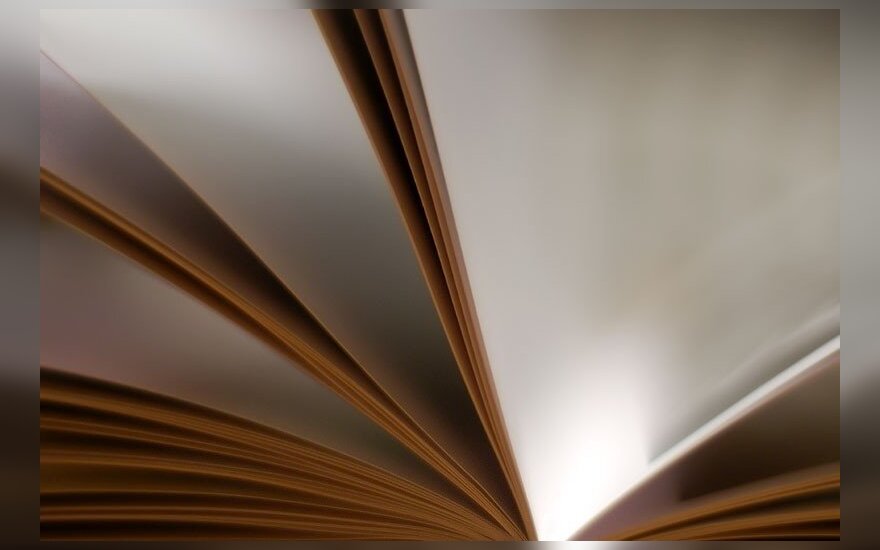 In papermaking, Lithuania lagged behind England by only a quarter of a century

People began using more expensive paper of higher quality for official documents and correspondence. In Europe, hand-made paper was first produced in the Italian town of Fabriano in the 13th century where local masters made use of the know-how they learned from captive Arabs. Italians used linen and other rags as a raw material. Later on, papermaking spread into France, Germany, Holland and other countries.

The Italians supplied best quality paper and exported it to other countries. Hungary, Slovakia and Finland used Italian paper in the 14th and 16th century, while the Grand Duchy of Lithuania joined the list at the turn of the 15th century. The chancellery of the Grand Duke Vytautas used both parchment and different-quality paper for official correspondence, the latter produced in Italy, France and Germany. In some instances, countries first started printing books and only later adopted papermaking with local paper mills supplying paper for printing, writing and product packaging. In England, the first paper mill was established in 1490, just a quarter of a century earlier than in the GDL. Before that, England, just like the GDL, used to import huge quantities of paper from France and other countries. Johannes Gutenberg printed his Bible in 1454 using the writing paper from Italy, while the first book in the GDL, the Small Travel Book (Малая подорожная книжица, in Ruthenian) by Pranciškus Skorina (Franciscus Skorina), was printed on German paper in 1525.

Poland started making paper in 1491 in Cracow and was followed by the GDL and Prussia which both launched paper production in 1524, in Vilnius and Konigsberg respectively. The paper mills were run by burghers, nobles and the clergy. The majority of masters in charge of paper making would come from Germany. In their eyes, paper production was and art rather than a craft. The masters were literate, and many of them held the rank of the nobility in Europe. Paper mills in Central and Eastern Europe faced a competition from imported paper, usually more expensive and of higher quality. According to different data, from 20 to 60 percent of all paper in the GDL was imported from Poland (Cracow and Lublin), the Royal Prussia, Germany and other countries. The paper produced in the GDL and the Royal Prussia (in Gdansk) would reach Russia and Finland, judging by the watermarks.

Paper made of putrefied rags

Producing paper manually from rags is the so-called 'Italian' technology. It remained unchanged until the turn of the 19th century when manufactures started using machines and wood to make paper. All countries, including the GDL, followed the Italian technology. The 17th century brought in two inventions worth mentioning. One is the roll beater with knives attached, also known as 'the Hollander', the device to cut the paper mass. Polish paper makers started using it in the 1720s, while their Lithuanian counterparts introduced it in the middle of the 18th century. The second innovation was the pre-heating of the paper mass before pouring it into forms; this enabled to cut production time by several times. In order to make more paper for the printing of books, newspapers and magzines and to lower its price, paper makers reduced its quality in the middle of the 17th century as the acidity of paper was growing higher and its resitance to atmospheric impact was getting lower. Watermarks were quite rare in such paper.

To manufacture paper, mills mostly used linen, cotton, woollen and silk rags; hemp was added to the list in the 18th century. Rags were a strategic commodity in the paper industry, and this is why some countries banned their exports. Larger paper mills used rags bought in different countries. White linen cloth was best for white paper, the top quality product. Coarse linen cloth and woollen rags were used to make brown packaging paper and cardboard. Medium-quality paper usually was used for writing.

Rags first had to be sorted by colour, type and quality. After that, they were cut in pieces, hammered, rinsed in water and bleached before putrefying and milling them into a thick mass. The cleaner the water, the whiter was the paper. The mass was then boiled before drawing it out with sieves and forming large sheets, up to several hundred of them each separated by a layer of special cloth, and pressing down by a heavy press. After removing the remains of cloth from the sheets, the paper had to be flattened by pressing them again up to several times. Then the paper, four to five sheets stuck together, had to be hung on ropes to dry before smoothening it with stones and hammers, dipping in glue (for the writing paper), dyeing and sorting. While processing the rags, paper mills used natural polymers, such as pulp made of vegetal fibre or processed rags, as well as varied bleaching and other additives. This is why the paper features traces of alkali, calcium hydroxide. It would form from lime, the potash alum, responsible for stabilizing the animal glue (gelatine) on the surface of paper. The calcium hydroxide made the paper strong and long-lasting.

Paper mills were often converted from grain mills, and they always needed to stand by rivers or channels. The processing of rags required water-powered machinery, while washing out dirt and various dyes called for plenty of clean water.

Paper mills began spreading since the 1520s in the GDL. Edmundas Laucevičius (1906–1973) carried out comprehensive studies of the history of paper in the GDL. Nobody has taken over his research, and this is why we know very little about the situation surrounding the GDL's first paper mill in Vilnius, by the River Vilnia, the building of which the ruler authorised in 1524. Apparently it stood in Pavilnys, on the land purchased from the burgomaster of Vilnius Leon Krilovich, between the mill run by the palatine (a governor and military commander) of Vilnius and the demesne (a small estate) which belonged to the city dweller Chariton Chacutich. The master from Switzerland, his name unclear, was granted the permission to build the paper mill. His family name, Karulius Wernart, must have been distorted in the Ruthenian-language act included in the Lithuanian Metric. The other act refers to him as to 'Savernart' which, according to a historian Romualdas Firkovičius, can stand for 'San Vernart'. Laucevičius maintains that the permissions have been granted to two masters who were relatives, although that seems unlikely. Both records of 1524 from the Lithuanian Metric apparently refer to the same person.

Paper mills usually stood in a considerable distance from each other due to the shortage of raw materials and the difficulties in selling their products. Laucevičius might be right in assuming there were no direct links between a paper mill and Shorina's printing house. The charter issued by Sigismund I the Old in Cracow symbolises the beginning of paper making in Lithuania and marks the initiation of the important innovation of civilisation in the GDL related to writing and book publishing.

Apart from Vilnius, where more than a dozen paper workshops operated in different periods up to the late 18th century by the River Vilnia, first similar paper mills emerged in Nesvizh in the 1560s, in Kaunas (in 1578) and in Smorgon (around 1590). The GDL had about 80 paper mills from the middle of the 17th century through the 18th century. But the development of paper production, just like the advance of the whole industry of the GDL, was slow. Paper production suffered during wars because many wooden mills were burned down, their machinery destroyed and their masters and apprentices ran away. The demand for paper also went down.