Paluckas: there is no relationship with the President 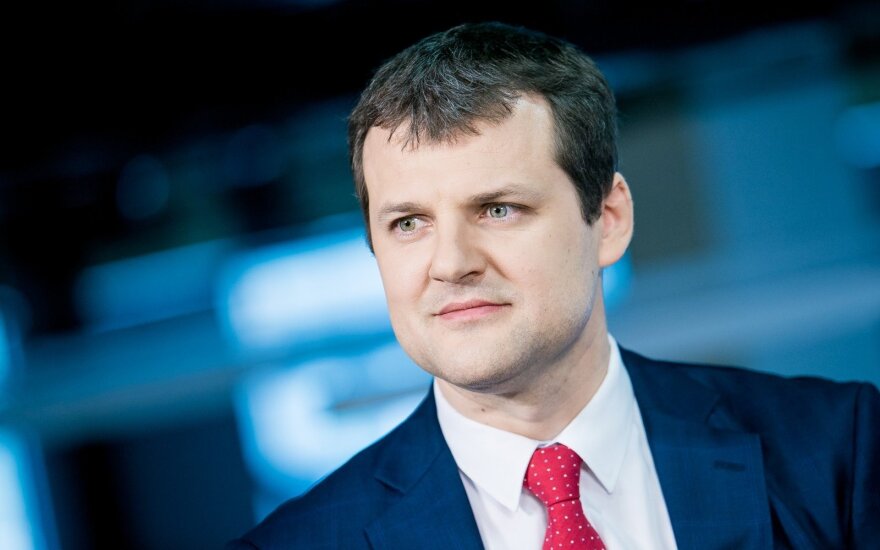 Labour Code, which will be introduced to the Parliament next week, might not be not be so easily accepted, the Prime Minister (PM) and some of the Farmers and Greens are trying to present. This was confirmed by the new chairman of the Social Democratic Party Gintautas Paluckas, even though the Labour Code was started by his predecessor.

The Social Democrats performance in the elections was poor by becoming the partners of Farmers and Greens, up until now we haven't heard from them. From 6th of May the new chairman took office and he promised a lot of changes. So far, they began with an argument with the PM. He stated that during the meeting with Saulius Skvernelis they talked about the priorities of the Social Democrats, and communication, the latter heard a suggestion to understand the situation, retract the conditions, go back to reality and only then they might talk.

About that, Nemira Pumprickaitė conversation with G. Paluckas in LRT program "Week".

Did you come back to reality, and realise what you have become?

I have never gone anywhere, I feel strong with both feet firmly planted on the ground. I evaluate this argument as an emotional outbursts.

Emotional outburst, as you say, but also to manage emotions is a sign of presenting a good tone and yourself as someone solid. On the other hand, we are talking about Lithuania's culture of bullying that is thriving. Don't you think that this interview you were close to that?

The PM is an influential man. This gives him a credit of trust and a moral right. I imagine, the Prime Minister can teach a less experienced colleague. But I want to say that I have been in politics for 14 years, so I understand a lot and I know the traditions of communication in politics.

You said that LVŽS will have to hear and accept your political priorities. Do you know what the priorities of the Social Democrats are?

I know but first an agreement has to be reached with the group because in the end, all these political priorities have to be realized in the Parliament and in the Government. It would be irresponsible to improvise but I can say that our priorities are what we did not accomplish during 4 years: social exclusion, the reduction of income inequality, more efficient regional policy and emigration.

But the Farmers Green state that they have the same priorities.

The fact that we have more work experience in Government and in the Parliament is in our advantage. There is a few hundred instruments provided in the plan, not all are priorities. We want to help our partners in the coalition to highlight the priorities that are our priorities as well.

Who told you that Farmers want your help in implementing the priorities?

I hope for their goodwill because it certainly was not lacking when the coalition was being formed. We talked about the "left agenda" for Lithuania and it was approved in writing. Our common interest as a partners is to do something under the coalition agreement. If the work and promises differ, the public will not like it.

It is already different.

We won't make the same mistake for a second time. Huge expectations are put in place.

If we now thought, what good is done by the hands of the ones in power, it would probably be hard to find. Social Democrats seem like mice: sit under the table, silent, the Farmers are doing something but nothing that impressive or what has been promised. Are you sure that the party has a place in this coalition?

We will try to, first of all, to communicate more effectively. What I talked about during the campaign is a priority, which today are talked about publicly seem unimportant. Over the next few months, we have to look for a smooth, efficient cooperation and transparency. The election promises are reflected in the Government program in the stages of implementation: it will happen in 2018, which is expected and is reflected in the budget - which proposed bills are for the tax reconstruction, higher education reform, the Labour Code.

So the Labour Code will be soon accepted.

It will be presented next week, but a long discussion is needed before accepting it.

Wait, so you want to say that there is no consensus yet on the Labour Code? I understood that the PM said that everything has been agreed on?

Not everything was agreed on the Labour Code. You know very well that the Tripartite Council has agreed on some things: out of 39 provisions, 17 are out. Presentation will happen because the groups have an agreement but there still needs to be a long discussion. The LVŽS group is still divided.

But the Social Democrats are not ready to agree on this option?

They will register the amendments. It is clear.

Then I will ask again, if you want to reach an agreement, is there a deadline on when you will negotiate? And in general are you considering the withdrawal if you fail to agree, or not?

These things have to be discussed until the autumn before the budget draft is given to the Government. But if an agreement isn't found, the destiny of the coalition will depend on the party and not from me as chairman of the party. There's a clear dissatisfaction and movement from down up. This issue will be clear on our political agenda this autumn.

A number of things. Lack of democracy. The opinion of the party, for example on the Labour Code, is categorical: it is not suitable for us, we don't like it, and it's useless for the average working citizen. This is reflected in the polls of public opinion. But it appears that we weren't heard by the public, perhaps they didn't want to or simply they couldn't ask the party. All these things piled up in a heavy bag, which we are unable to carry.

Are you not planning to meet, maybe she doesn't want to meet you just like the PM?

I was already planning to meet with the PM. This is what happened. I won't lose my crown, I will wait for the invitation. And when it's time, when there is a need, then we will meet and talk and start a relationship.

I wish you good luck then.

Thank you very much, I will need it.

PM sees no reasons for ruling coalition to break up

Lithuanian Prime Minister Saulius Skvernelis says that he sees no reasons for the ruling coalition...