Pagan superstitions and spells in the GDL

Darius Baronas | ldkistorija.lt
aA
Baltic Paganism, surviving in Europe up until the very late Medieval times, gave rise not only to hostility among the Christians, but also to a certain curiosity. As the Franciscan Bartholomew the Englishman described in his encyclopaedic treatise written in the mid-18th century, Baltic Paganism was regarded by Christians as a ritus mirabilis. 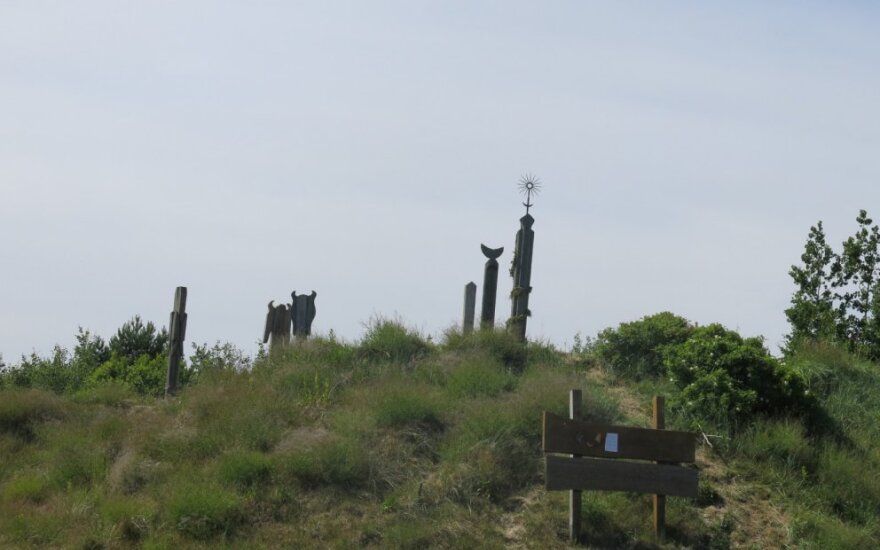 This explains the prevalence of negative Pagan epithets and occasional fixation of neutral, almost ethnographic phenomena in the writings of Christian authors. The pagan images of ancient Lithuanians and Prussians, depicted by the chroniclers of that time (Peter Dusburg, John Dlugosz) are strongly influenced by the classical (Greek and Roman) pagan images and didactic purposes, characteristic of the political discourse of the period in question. Without starting an in-depth discussion of the complicated issues related to this domain, we will restrict ourselves to giving authentic examples of spells and superstitions practiced by ancient Lithuanians, which raise the least doubts.

Spells and offerings as craving for security vs. exposure to daily threats

An exclusive feature of Paganism is polytheism, based on the belief that the world of human-beings is influenced, and at times predetermined by gods and goddesses. A stable characteristic of Paganism was making offerings and supplications, in anticipation of their sympathetic predisposition. The belief that offerings can influence the Gods, who in turn can exert an influence on both animate and inanimate objects of nature, is an obvious feature of the magical worldview.

The measures which were used to gain personal benefit, impact the persons at a distance or predict the future, are called spells. Future predictions using spells prior to undertaking any major action was a common phenomenon in Pagan Baltic societies. This is particularly true of the military campaigns. In the 13th century, wars were permeating the daily life of the Lithuanian society. It is not surprising therefore that wars were often accompanied by ritual actions and spells.

A typical scene is depicted by the author of the Livonian Rhymed Chronicle in the description of the Samogitians' preparation for the upcoming march to Courland in 1259: 'their Pagan priest was casting spells / Following the ancient custom, / He sacrificed an animal as an offering / In the hope of receiving a good message / This is what he said to his folks: / 'Rejoice, Samogitians, / During this campaign, you might / experience a lot of real hassle, / But you will be protected / and a great victory you will acoomplish' (verse 4680–4689).

Practical magic of the field of battle

Sorcery and spells were characteristic not only of pagan priests but of ordinary soldiers as well. The description by Peter Dusburg of the behaviour of the Lithuanian Duke Jazbutis, corroborating with the crusaders, serves as a good example to illustrate the point. In the summer of 1290, the Lithuanians were returning from a booty ride. When they approached to the place of the crusaders' ambush, one Lithuanian cast a lot and exclaimed: 'Woe to us all! We will soon be doomed to failure!' Even though the Commander of the soldiers told him to fall silent, he kept shouting until the enemy jumped from the ambush and killed many Lithuanians...

The Lithuanians managed to avoid the ambush in 1323, after a warrior had drawn lot and warned his fellow soldiers about the ambush of Crusaders, ordering them to promptly go back. The Lithuanians are believed to have used special wooden tables or divination dice for such sorcery.

The practice of magic was more characteristic of the 13th century, whereas in the 14th century this phenomenon is believed to have been used during military gatherings, operating autonomously from the troops of the Grand Duke. A perusal of the historical sources of the period in question leads to the following assumption: It was common practice for the Pagan tribes to detect the enemy through sorcery and spells, whereas Crusaders used to send out scouts. Individual cases of using scouts by Lithuanians are known since Grand Duke Mindaugas' times. This phenomenon is thought to have become embedded in the military life of the Grand Duchy of Lithuania in the 14th century. Apparently, this was predetermined by the growing power of the Grand Duke and an increasing rationalization of society of those days.

The lot cast over against the Duke's word

Juxtaposition of the Prussian Commander Herkus Monte and Duke Kęstutis could serve as an indicator of declining/controlling use of spells in the political sphere. When lots were cast to sacrifice the German Hirtshals, who was an old acquaintance of Herkus', to appease the Prussians, the most that could be done was repeat the spell. When the lot fell for the third time that Hirtshals should be sacrificed, the latter had to accept self-sacrifice 'out of respect for [Christian] faith by his own free will'.

In the case of Duke Kęstutis', the scenario is totally different. We seem to be exposed not only to a different time period but also to a different social environment. When the Lithuanians finally captured their long-standing enemy Johan Zurbach, Commander of the Eckersberg Castle, he was believed to be sacrificed to the Gods. However, Duke Kęstutis' timely intervention saved the crusader's life. No spell was used; instead of it the Duke's decisive word seemed to suffice. Kęstutis stood out in the Lithuanian history of the 13th-14th centuries as a proponent of a new way of thinking. If during Mindaugas' times some Lithuanian Dukes (e.g., Duke Lengvenis) still used a pig's shoulder bone to tell the future, a more recent historical era presents us with the Duke who was used to making offerings; this notwithstanding, he seems not to have attached great importance to sorcery and spells.

A decline of spells in public and political life as well as warfare was not followed by the same trend in domestic life. In all times, human beings are known to have been exposed to various diseases and to have suffered from their unpredictable consequences. It is therefore not surprising that there was a demand for the so-called fortune-tellers to satisfy the needs of those concerned. Such fortune-tellers existed in Lithuania even as late as the early 15th century. This is how Jerome Prahishkis (Lith. Prašiškis) describes the situation: '[Pagan priests] would come to the fire at night, and in the morning would explain to the person concerned that they had seen a shadow of the inflicted individual, which after warming-up near the sacred fire showed the signs of life or death'.

Superstitions are described as actions determined by a special and excessive fear of Gods or other mythical creatures. The atmosphere of superstitions was permeating the then-life of Prussia. The murder of St. Adalbert (St.Vojtěch) was a result of imagination prevailing amongst Prussians that upon arrival of such people in their land the Sun would cease to shine, the plants would bear no fruit and the cattle would rear no offspring. The other Baltic tribes seem not to have lagged far behind. Thus, Estonians blamed the monk Theodoric as early as the late 12th century for the solar eclipse and were about to sacrifice him to their Gods. There is no credible testimony of similar scope about Lithuanians.

The message about Mindaugas found in the Galich-Volyn chronicle could be regarded among the most famous superstitions attributed to the Lithuanians: 'When he rode out to the field and saw a hare crossing that field, he would never enter a pinewood forest in the neighbourhood and would not even dare to break a twig'. In all likelihood, the indicated addressee of this superstition is inaccurate. However, the aforementioned description is sufficient proof of the cautious behaviour of pagan Lithuanians in sacred groves. .

The relationship of Pagan customs and superstitions with Christianity was ambiguous. Some of them were contradictory to the Christian teaching; however, there were also religiously neutral and even morally commendable. The latter were upheld even by extremely pious persons. For example, Jagiello believed the following superstitions up until his death: upon waking up in the morning, before making a public appearance, he would turn around several times, then he is said to have taken a straw and having broken it three times tossed the straw away. According to Dlugosz, Jagiello could have taken over this superstition from his Orthodox mother Julijona. Nobody knew its actual meaning.

Sorcery and witchcraft in the Grand Duchy of Lithuania

Even though there was no Inquisition in the Grand Duchy of Lithuania, witch processes and trials were...

Burning the dead in XIV century Grand Duchy of Lithuania

Up until the official Christening of Lithuania in 1387, the custom of burning the dead prevailed in...

Pagan holidays in the Grand Duchy of Lithuania

The writers of Eastern Baltic lands of the 13th-14th centuries were not particularly interested in the...

Roma, the vagabonds of the Grand Duchy of Lithuania

Gypsies originated in Indian Peninsula and left their native lands in the Middle Ages after choosing...