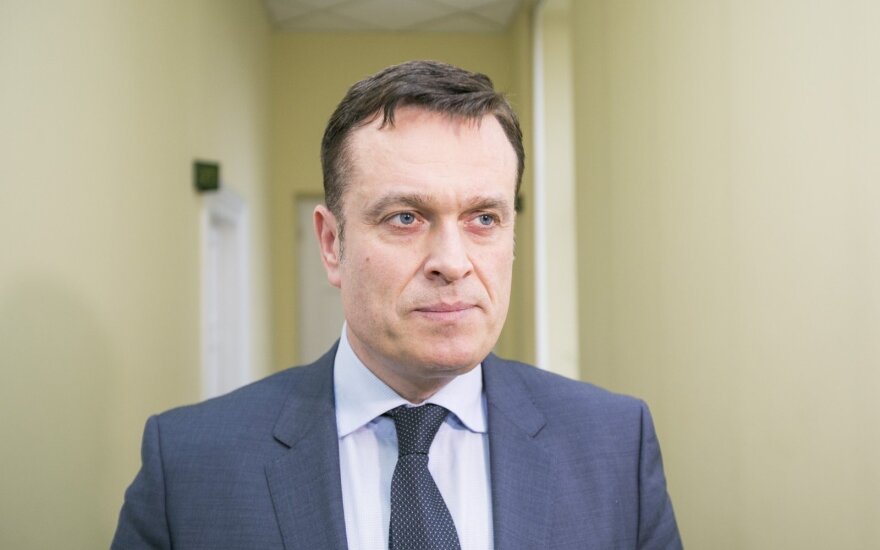 Prime Minister Saulius Skvernelis denies that changes in Lietuvos Geležinkeliai and the inquiry begun in the State Tax Inspection due to the actions of its director Dainoras Bradauskas are an attempt to remove the Social Democrats’ influence in state institutions. Supposedly the time for changes had arrived, however Skvernelis does not explain why an inquiry in the Tax Inspection was begun, Alfa.lt reported.

Political scientist Rima Urbonaitė spoke at the news show Info TV, stating that the inquiry regarding the Tax Inspection head shows that yet another key state institutions is not without blemish.
“Specifically an institution such as the Tax Inspection and its leader should have a flawless reputation. Thus another blemish was cast onto trust in the political system, with all too many blemishes already on it,” R. Urbonaitė noted.

The political scientist was unwilling to state that this could be an attempt by the government to overthrow the leader of the Tax Inspection and place someone “of their own” instead.

“This situation is crucial because much depends on its work, but whether there are certain attempts to change leadership by such brutal measures, well this is a question from the realm of conspiracy theories. I would not be inclined to claim so because I believe other ways are possible. On the other hand if criminal, corrupt activities were undertaken, there is no other decision to make, but to change the corrupt leaders. It is painful, but it will be even more harmful for our citizen’s trust and all our bureaucratic institutions,” said R. Urbonaitė.

According to her, the Social Democrat Party, with the head of the Tax Inspection being the son of senior party member Bronius Bradauskas, has been “on a wave of scandals” for the past year. Most likely no-one is trying to harm the party, but it will continue to be questioned in this case.

The scientist has no doubt that the “Peasants” will seek to get to the ends of this story and their decisions could be particularly decisive.

With the Special Investigation Service revealing a disciplinary offence of D. Bradauskas, the Social Democrats are holding to the presumption of innocence and do not comment on the current activities of the Tax Inspection head.

D. Bradauskas is not related to the Social Democrat Party. He has been appointed to various key positions in the Tax Inspection since 1990, positions which were decided independently of political government. In 2015 he was appointed the head of the Tax Inspection through a public tender.
The attempts of news media to link D. Bradauskas with the political power due to his father’s position in it are unethical. D. Bradauskas himself has never been a member of the Social Democrat Party.

On Wednesday evening Lithuania was rocked by the news of potential corruption in the State Tax Inspection, with the shadow being cast on the head of the institution Dainoras Bradauskas. With a report from the Special Investigation Service the Ministry of Finance has commenced a disciplinary offence inquiry.

Communications specialist Arijus Katauskas says that the manner of information revealed and the late timing for it will blemish the whole institution through the individual leader, a blemish that may take a long time to wash away.

“It was not the Special Investigation Service that publicised the report, it was not the Service that illuminated this event, but the Finance Ministry. <…> The Ministry of Finance itself is interested in the Tax Inspection performing its work correctly. Why it hit the Inspection with such a bomb at such timing is a greater question to me,” said the communications specialist.

According to Katauskas, this story will float on the surface of the public sphere for some time, thus the reputation of the Tax Inspection, which had accumulated during the past few years, will be damaged. “The Tax Inspection is one of the most respected institutions. Satisfaction with its work was definitely rather high. <…> Great work was done since the scandalous events of 10-15 years ago, related to once again specific individuals,” said A. Katauskas.

Dainoras Bradauskas , the head of the Lithuanian State Tax Inspectorate , may have committed...

A special body, set up jointly by the State Tax Inspectorate (VMI) and the Financial Crime...

Lithuania's tax authorities have said they will investigate any evidence in the Panama Papers about...

Dainoras Bradauskas has won the Monday's tender to head the State Tax Inspectorate under the Ministry...