On ideas for Lithuania 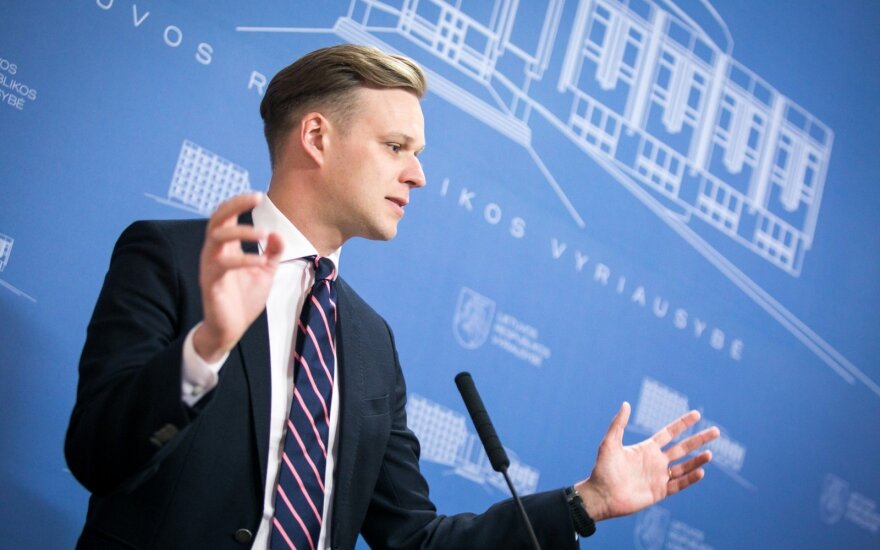 Let's talk about ideas. Last week, all were zealous offering their own ideas for Lithuania's future. One may, of course, raise two questions. Why now? And why is it so important?

All the promoters of their ideas will answer in no time: Lithuania has had no unifying political idea ever since it decided to join the EU and NATO.

This cannot be called into question. We have certainly had none ever since. But why did we have it back then in the first place? There were no doubts about the EU and NATO. Rare were the people who failed to understand that we belonged to the Western civilisation and lived in the proximity of an aggressive Eastern civilisation that could only be countered by efforts of an entire alliance. Would that mean we have no common threat today and therefore have no common unifying idea?

I took part in the festival Būtent (on September 9) and I was asked to present an idea for Lithuania. In my view, this is the wrong starting point. Before coming up with an idea, we need to answer the following question: are we able to unite in the face of a common threat? And, at the same time, do we understand what is in store for us and what should be changed?

At the festival, six party leaders on stage presented a range of different ideas. Some said Lithuania should be creative, free, and socially just. Others thought Lithuania should follow China's suit: simply sit down and talk and all would be well. This is pure cacophony! Surely we will not agree in such a chaos of ideas. It is neither feasible nor useful to proceed with all tasks at a time.

Those who have won the elections and have a mandate for change are expected to lead, but they keep silent. Those without a mandate seem simply inadequate. What can they do if they have no seats in Parliament? Who would support them?

So what is the way forward? First of all, there is a need for consensus. Not only on ideas; we are not here to voice individual disgruntled protests by drawing with crayons on the walls, after all. We need a consensus on the areas where Lithuania should make the greatest progress. I think the areas should be limited to two. Then we will come to understand the size of the commitment and the ensuing responsibility. No one can stand up and leave the debate only because their electorate allegedly dislike the company at the table. We will leave the table of debates only once the solution is found and white smoke emanates from the chimney.

I highly doubt it whether the Electoral Action of Poles or the Order and Justice Party, the Party of Pūkas and Paksas, will share a table, but — perhaps. Is reaching an agreement feasible? Yes, if they manage to understand that the threat is present and can only be avoided by pooling efforts.

We have been electing parties for one term at the Seimas for something like twenty years by now. Valinskas and the Labour Party are now history. Can an organisation that came into being for the sake of one electoral round assume the responsibility for changes that will take decades? I cannot be objective in giving an answer. For all I know, the current Parliament has people from an organisation with features of a one-term-in-office political party. At the same time, I know for a fact that they are fair and just patriots of Lithuania.

What could this unifying idea be? What cause could unite us? I firmly believe and I am genuinely convinced that education of our people will truly shape the future of Lithuania. Whether we will live in a prosperous and fair country prepared for the future, or a country with high emigration and unemployment rates and citizens angry with the whole world, depends on the education system. Creating the future of our country will be up to today's seven-year-olds who first entered schools a week ago. It will be up to them to come up with the GREATEST IDEA FOR LITHUANIA. If we fail to prepare them for the task, we can only dream about something great. Can we agree that this is the primary problem in Lithuania? I do not know. The answer is not in my hands. All I can do today is raise the flag and expect that my idea will gain support from those whom the people of Lithuania have mandated to lead them.

In 1970, Finns agreed that Finland would never be a genuinely free and dignified state without an education reform. Common consensus was not reached, but the Parliament and society had enough common sense and Finland is still proud of the best education system in the world. They did not come up with an idea to create the mobile phone. No. They decided to help the seven-year-olds of the time to create big things. And this was what the seven-year-olds eventually did, twelve years later.

Lithuania's third honorary consulate in Finland was officially opened in the city of Turku on...