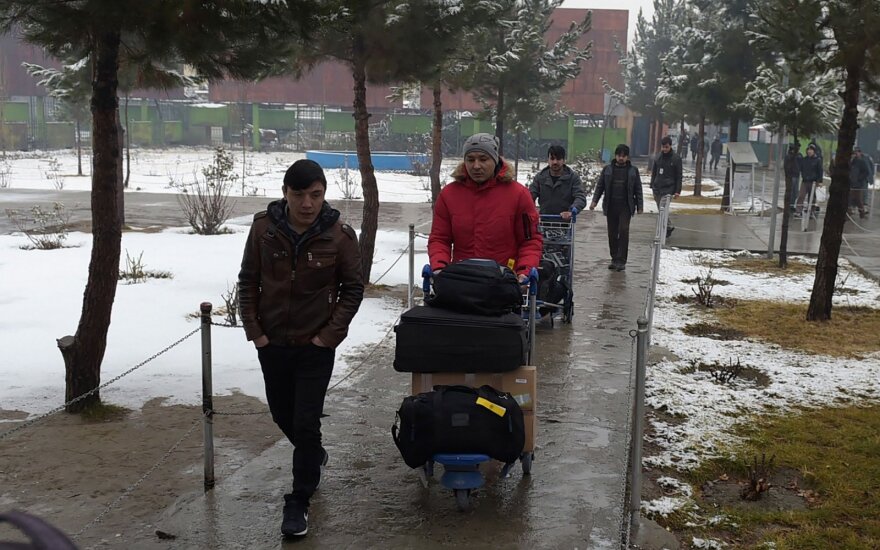 With a few years passing after the first refugees were transferred to Lithuania, more than 70% of all those transferred have already made their departure from the country and from July, no new individuals with the status of refugee have arrived in the country. Vice Minister of the Interior Giedrius Surplys says that most of these migrants initially declared their desire to go live in the Scandinavian countries or Germany because their relatives and communities are already there, LRT.lt writes.

According to data from the Ministry of Social Security and Labour (SADM), from December 2015, when the first refugee family was transferred to Lithuania due to the migrant crisis, 468 individuals have arrived in the country, with 341 having already departed.

Vice Minister of the Interior G. Surplus says that while a significant part of migrants transferred to Lithuania are seeking their fortune in wealthier states, they cannot be described as economic migrants.

"All those who were accepted by Lithuania as per the quota system have the status of refugee, however upon arriving in Europe, most of them specify their destination as being the Scandinavian states or Germany. The main motive is not economic, but that their relatives and communities are there. Of course the matter of disbursements is also significant, but we have the economy we have and Lithuania is certainly doing its all to keep those people," G. Surplys stated.

A part of the refugees remaining in Lithuania live in the Refugee Reception Centre. 54 asylum seekers have been transferred to it, while another 73 have been granted residence in municipalities. According to SADM data, 31 of those transferred are working, two are studying. Among the migrants transferred to Lithuania there are 31 children.

SADM Public Relations Department deputy head Lina Burbaitė states that the integration of transferred individuals is hampered by negative perceptions from the public (particularly when seeking housing), minimal knowledge of the Lithuanian language, lack of social connections, as well as, in many cases, psychological trauma and other health issues.

According to G. Surplys, no new refugees have been transferred to Lithuania since July.

"One of the reasons why further refugee transfers are not proceeding to Lithuania is the reduced flow of individuals to Europe. Another reason is that most individuals who have not been transferred from the refugee camps in Greece and Italy have not received the status of refugee. This means that they have arrived from safe countries and are so-called economic migrants, who, if they were transferred to other European states, would be returned whence they came from.

We have not received a single case since July, the situation is the same across the European Union. It is believed that the first stage of the migration crisis has ended and all individuals who had to be transferred, have been," the vice minister of the interior stated.

While the wave of migration has weakened, the official notes that preparations are underway for another.

"Another wave of refugees is expected and Bulgaria, which is currently holding EU chairmanship, is preparing changes to the Dublin regulations, which outline that Europe should commit to redistributing 200 thousand refugees.

To us these are vast numbers. We are always emphasising that it is a far more important primary step to resolve the crisis at its origin, to guard the EU border securely and then talk about refugee redistribution, if the crisis does reach European shores," G. Surplys assures.

Lithuania on Tuesday relocated another 16 Syrian refugees under the European Union (EU) program on...

Some 15 Syrian refugees were relocated to Lithuania under the European Union (EU) program last Friday.