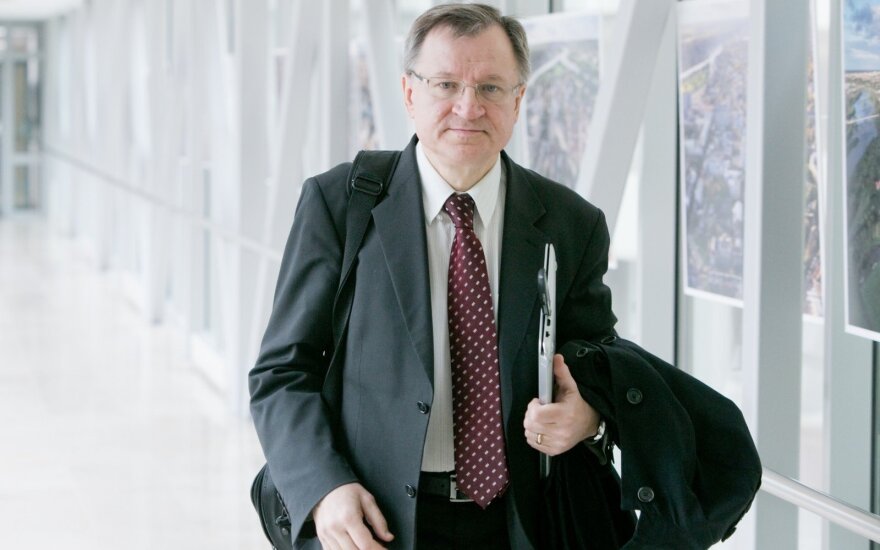 If someone has already decided on becoming a non-traditional candidate for next year's elections, he or she must start preparing for that test almost immediately.

What does our 2019 President need to know to make that happen? It is clear that a regular election campaign for a non-traditional candidate will be completely banal and ineffective.

Traditional advisers to presidential elections are convinced it's best to offer Lithuanians a cheap, hedonistic pill again. How to get more; more fun, make life easier by doing nothing except voting for this or that candidate. Everyone knows the easiest way would be to think how to make more, and not to earn a piece of candy for oneself. It seems, however, that for traditional candidates the audience will once again entice the candy from the repertoire of electoral demands. This position is partially beneficial for everyone; it's easier to organize a fun concert and "good deeds" than to make things better without actually doing anything.

Related articles
Non-traditional president in 2019: about post-democracy and our (wrong) choices, Part I
Does Trump-Putin meeting pose threat to Lithuania?

Nevertheless, the "candy candidate" is likely to lose. Let's not forget the last US presidential campaign.

Mrs. Hillary Clinton, a highly traditional candidate who not only spoke to people, but also told the audience what was wrong in America, and that she knew quite well how to make things better. Hillary told what she was thinking and stressed she was thinking right, because she was educated and has a good team supporting her. If anyone things otherwise they are either simple or poorly informed. For the traditional candidate, policy is a rational benefit, a political mission to bring something material to its citizens. Something, that can be measured or weighed. Politics is the product of mind, and politics is above the crowd. The state is the kind of vision formed by politically correct experts and beyond.

Non-traditional Trump talked with people, asked for their approval or advice, and discussed with the people what he would do better. Trump said loudly what everyone dreams of saying but are too afraid to, because everyone is really just a normal person and not a politician. Thinking unconventionally is not only not prohibited, it is good idea. The policy of a non-traditional candidate is a dream not so much for people but for their children. Politics is not the product of mind, but rather the heart and is not above everyone but instead inside us. Policy experts not propose their visions, instead they implement visions people formulate in their hearts. And in the heart ... let's make America great again. Politically incorrect, but simple and clear.

In Lithuania, traditional electoral strategy has not changed for decades and is very banal. Candidates explain that Lithuanian is an extremely badly managed and totally backward country. It is spoiled, enslaved, untrained, emaciated, overwhelmed, and more. After such "analysis" these traditional strategists try to figure out how they will save Lithuania. They project the image of Lithuania as small and helpless, just a desperate little country. It even surprises me that candidates are managing to compare Lithuania with Zimbabwe or North Korea. The truth is that the saving strategy is not sophisticated either: to put someone in jail, to take someone from abroad, to find the new way of dividing the national budget and properties and how to take more European money for Lithuania. Such things as working more and having a fairer and more honest life cannot be demanded simply because the electorate is afflicted with such things. It's better to lie that you do not have to do anything other than vote. In the meantime, we can propose enlivening political culture once and for all by re-educating society.

It's not just banal. It is ugly. It is not necessary to re-educate society, but to understand that its expectations are no longer implemented through traditional (systematic) policy instruments. Society does not think it has a deficient political culture. Society is ready to work and earn money, to defend its homeland and deal with the stigma of history. Lithuania's political culture is unique, dynamic and its priorities are changing rapidly.

If I were a candidate, I would not hide that Lithuania is a geopolitical miracle in the region. In the space of three decades, it has gone from occupied territory in the Soviet Union to responsible medium-sized European country with excellent opportunities for future development. For the first time in history we have both Vilnius and Klaipėda and are a beloved and appreciated people of the world. We win medals at the Olympics and other international competitions; we have the fastest internet; biotechnology. We have something to teach others. I know that we can ruin empires and change the world for good. I would not hide that I love Lithuania as it is - with all its scars and acne, not one word of a lie.

Paradoxically, but to be proud of one's country, to see the opportunities and the meaning of it, today is ... non-traditional.

A candidate does not need to be pushed into an official debate. Discussions among candidates who have already become puppets of the media in recent years show how a candidate can juggle words and get rid of a silly question instead of knowing anything meaningful about future presidential policies. It's best to stay in the one place and mow your lawn and read the news portals on your own. To talk directly with people without advisors and in a language that people can understand. Not the president, but his country's economy might or might not be able to make something more for the pockets of Lithuanians. The presidential program must be not about economy, but about the hearts of people.

Unfortunately, not everything is so easy - there are a lot of dangers in non-traditional policies. Candidates must be careful to avoid or adapt to them.

It's no secret that law and order today have been changed by interpretation and an irrational understanding of reality. The criterion of truth changes into the primacy of individual opinion. The post-modern world is a dream world for politicians. Basically, not only can law no longer be valid, but also there is no general order, and the "global" declarations are as universal as they are acceptable to one personal the next. The World Order can suddenly turn into the World Disorder. Metaphysics are replaced by ironic clowns, philosophers, by sociologists, psychoanalysts and charlatans. Morality is thereby replaced by pragmatic choice - since the concepts of "good / bad" themselves become meaningless, they can no longer be relied on to defend truth. It often remains to be defended and proved by force, that is to say by war. We still have wars despite numerous organisations created in the modern era to prevent and avoid them.

Finally, aesthetics in politics is more important than ethics. The political reality is increasingly changed by political image. Political emotion is more important than political action. Words are important not for their directness, but for the transitive or metaphorical meaning. The absence of a hierarchy of knowledge and law implies chaos, which gives rise to (or is to be expected) random decisions - both good and bad. Truth is unnecessary, because the truth is binding and dogmatic. Politics is "performed" not by professional politicians, but by lawyers and technocrats. It is made by public relations illusionists. The modern world has a distorted relationship with the truth. It is said that the truth can be "lighter", "softer", and "adapted" to a target audience, because the truth can be too rough to an entertainment-oriented community.

This is an unpleasant daily routine, but the way out is not an attempt to explain in "correct" words that bad is not so bad. It's best to just say the truth. Non-traditional policy says: It's time for Europe to end with illusions that politics can be replaced by trade deals so that members of the European Commission and foreign policy leaders can be selected not according to their competence, but according to gender, national and party criteria. The 21st Century is no longer a pragmatic life and quota system, but an age for political dreams.

So, my dear Lithuanians, we wanted to have a president of hopes, we had the country's housekeeper, a romantic intellectual, a man who promised order and we had a "strong hand" in feminine form. Now the time is for the president of dreams - what that includes is in the text that follows.

Non-traditional president in 2019: about post-democracy and our (wrong) choices, Part I

R. Valatka. Presidential elections: who or how? (1)