No sugar-coating – Lithuania has no real elite 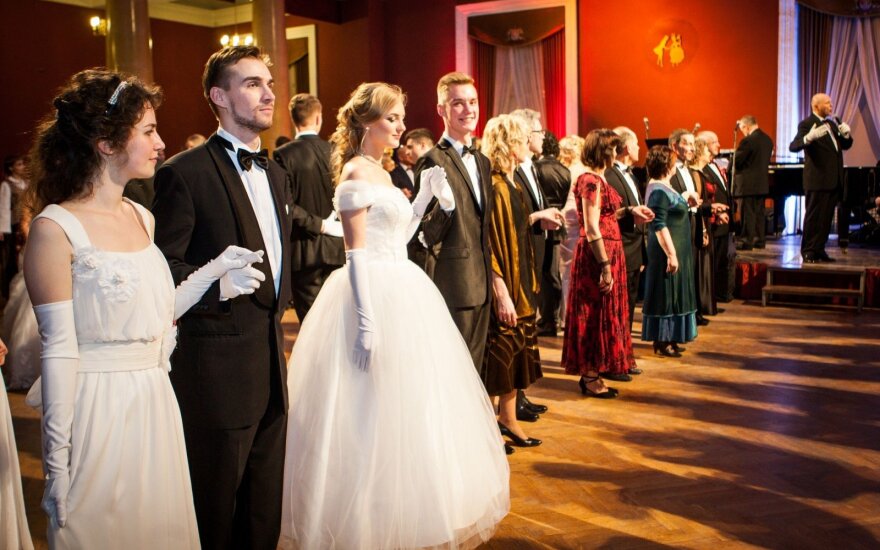 The concept of the elite in Lithuania is viewed controversially because we do not have a real elite says political scientist, Professor Gediminas Vitkus. “And it is not because we do not want to have it, but due to various objective reasons. I would call Lithuania a country where the elite was constantly “plucked”. Since the end of the XVII c. when the elite was destroyed after rebellions,” G. Vitkus claimed.

Jurist, professor Egidijus Kūris believes that the elite does not antagonise society, but instead makes all layers of society to put in greater effort.

The discipline of political science in the Vilnius University (VU) is quarter of a century old, same as the independent Lithuanian state. Do its creators feel they have reached their goals and is the function of a political scientist now clear for the public? This was discussed in the LRT Radio show LRT Aktualijų Studija with VU Institute of International Relations and Political Science (TSPMI) founders and leaders – prof. E. Kūris, prof. G. Vitkus and prof. Ramūnas Vilpišauskas.

The mission of the TSPMI is to nurture a productive elite for Lithuania and the world claims current head of the TSPMI R. Vilpišauskas, who adds that such a mission was formed several years ago when its strategic plan was prepared.

“When beginning to prepare the plan we had a fairly lengthy and cumbersome formulation which contained everything – quality studies, research, strengthening of community, analysis of public issues and commentary. Later on, when discussing it with colleagues, the idea arose to look at the institute’s mission and propose something that would catch on. After deliberation we formulated specifically this vision. Every word matters. “Productive” means not just passively observant, but also intellectual, knowledgeable, active, making use of capacities and knowledge in resolving problems relevant to society. The elite, in our opinion, is an important part of society. We understand the elite not as people taking certain positions, though positions, particularly those of authority, provide more opportunity to influence public life and at the same time more responsibility, but we understand the elite as people who act. The elite is not only those who lead or work in state institutions or business, but those inclined to constantly learn and use their knowledge and analytical capacities. We understand the elite as an active individual, who looks after not only their personal welfare, but understands it in a broader sense – as the welfare of their community,” R. Vilpišauskas said.

Kūris: a public which scorns anything it dislikes often does not have a real elite

The first TSPMI director and representative justice for Lithuania to the European Court of Human Rights E. Kūris believes that such a mission is meaningful. According to him if the institute understands its mission this way, it is a positive factor.

“Another matter is that our public often caricaturises and vulgarises everything. A public which scorns anything it dislikes often does not have a real elite. I mean a creative, productive elite. Elite, if we analyse old theories of elites, is also present among thieves. But I believe we need a productive elite and its existence does not antagonise society, but instead makes all layers of society to put in greater effort,” E. Kūris explained.

G. Vitkus agrees with the thought that the country has yet to develop a real elite. According to him this is most likely why the concept of the elite is viewed controversially.

“And it is not because we do not want to have it, but due to various objective reasons. I would call Lithuania a country where the elite was constantly “plucked”. Since the end of the XVII c. when the elite was destroyed after rebellions. The elite gene pool in the country has suffered significantly,” G. Vitkus noted.

G. Vitkus agrees with R. Vilpišauskas’ thought that the elite is the people who care for others or care for themselves, but understand it in a broader sense.

“I believe something that is crucial to the elite is attention to morals. Acknowledging that moral values are above everything. The elite are perhaps different to the rest of society in that they are leaders not in only ideas and novelty, but also an example to many people because they uphold certain moral standards which are often breached. As such I see much reason to nurture the elite. Lithuania is a country of a “plucked” elite, we have lost many such people, who could have contributed to creating welfare for Lithuania. Now we have to nurture it, recreate it. This mission is incredibly meaningful and significant. I would focus on an elite for Lithuania, the world has its own and can wait,” G. Vitkus commented.