DELFI
aA
The majority halted the new Labour Code in the hopes of an extra half a year allowing employer and employee representatives to reach compromise on the most disputed questions. It would appear that such expectations were overly optimistic. 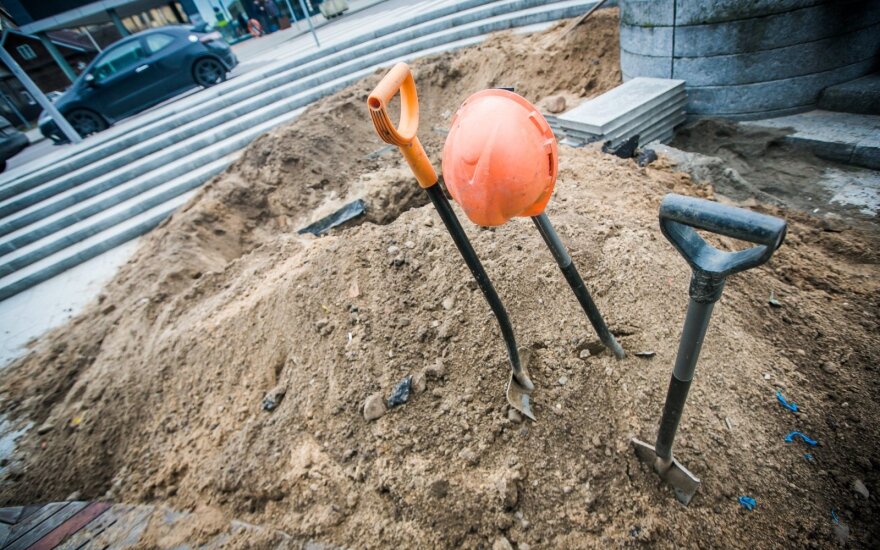 On February 7 the Tripartite Council made up of government, union and employer representatives negotiated on the debatable Labour Code provisions related to labour council and union competences.

They were, however, unable to reach agreement on many of the questions. Furthermore opinions emerged that the Seimas will have to decide itself.

“We will never come to terms in the Tripartite Council. It is obvious that at certain points opinions differ radically and the Seimas will have to decide because it represents all the people. This was an appealing idea – restore the reputation of the Tripartite Council, its prestige and what it decides, the Seimas will pass. Well, it will not be so. It is illogical,” said Lithuanian Business Employers’ Confederation General Manager Danas Arlauskas.

Meanwhile the Chairwoman of the Lithuanian trade union Solidarumas Kristina Krupavičienė noted that the council failed to reach agreement and is postponing numerous questions for later.
“It could be we will not make it by March 10,” she said.

While the question was not present in the agenda it was proposed to change the Labour Code provision that “Employers who employ no more than 20 employees must present the labour council and trade union information on the following at least once a year:

2. Other information, the provision of which is required by legislation, collective agreement or employer-labour council agreement.”

Lithuanian Trade Union Confederation Chairman Artūras Černiauskas proposed that prior to the word “must”, the words “when demanded”.

One of the creators of the Labour Code, Tomas Davulis, who participated in the meeting stated that such a change would not be beneficial to employees because they would have to request information, when the current iteration would mean it would be provided anyway.

A. Černiauskas also stated that it was agreed with the employers to implement an exception to the declaration of wages if the specific position is only occupied by a single individual. “Otherwise their individual information would be revealed,” he explained.

Discussions of this and certain other provisions which are related with labour council competences were postponed to the next meeting, prior to which the employers and the unions will inform the cabinet of their positions in writing.

Another question that was discussed was the premises for forming labour councils and election initiatives.

The current iteration of the Labour Code posits that “A labour council has to be formed under the employer’s initiative when the average number of employees reaches 20 or more employees.
If there is an active trade union at the workplace, whose members comprise more than half of the staff in the place of employment, the labour council is not formed and the trade union obtains the authority granted to labour councils and enacts all the functions this code provides for”.

A. Černiauskas informed that on Tuesday morning it was agreed with the employers that the labour councils will be formed when a tenth of the company’s employees support the initiative.

The trade unions also want it to no longer be necessary for a trade union to comprise half of the employees before it is no longer necessary to form a labour council, however agreement with the employers was not reached in this regard.

The main disagreement revolves around identifying when labour council functions pass on to trade unions. A. Černiauskas wishes for this to occur when a trade union represents 25% of the company’s employees, while the employers hold on to the position that it has to be at least 50%.
On request of the employers this question has been postponed for the next meeting which will happen on February 14.

The members of the Tripartite Council also discussed the provisions of the council’s formation.
The current version of the code states that:

2. Trade union organisations and employer organisations aiming to delegate their representative to the Tripartite Council have to meet the following criteria:

I. Have the status of legal person;

II. Has no fewer than 5 employees working on the basis of open-ended employment contracts;

III. Has been operating continuously for at least 3 years;

IV. There is no present court ruling on it;

V. It is not in any form of bankruptcy procedure, no obligatory liquidation procedures are initiated and no agreement with creditors is reached on these bases;

4. The government delegates its candidates under the ruling of the ministerial cabinet.

5. Tripartite Council membership is permitted for no longer than 2 terms in sequence.

I. Due to resignation;
II. Due to court rulings coming into power regarding the member;

III. Due to the delegating organisation or government withdrawing its representative;

IV. Due to death;

V. Due to the delegating organisation ending based on Civil Code regulation;

9. The tripartite council discusses questions and provides conclusions and proposals in the following areas of labour, social and economic policy:

I. Employment and labour relations;

VI. Questions that have to be deliberated based on the International Labour Organisation Convention concerning tripartite consultations to promote the implementation of international labour standards provisions.

11. Organisation and government representatives must provide the Tripartite Council with necessary information related to questions in deliberation.

12. The Tripartite Council has the right to pass decisions and provide parties with conclusions and recommendations, to form tripartite agreements in the areas outlined in part 9 of this article, to obtain the information needed for the functioning of the Tripartite Council, invite to meetings and listen to parties’ representatives and experts in questions of their competence.”

Lithuanian Confederation of Industrialists vice President Jonas Guzavičius explained that the government should not interfere with the appointment of employer or union representatives to the Tripartite Council.

Other employers have said that criteria for organisations seeking to become Tripartite Council members should be removed from the code. This would mean the removal of parts 2 to 4 and the parts listed prior from the code. A. Černiauskas agrees with this.

Trade union representative Gražina Gruzdienė urged to firstly conclude discussions on the new labour Code, with discussions of expanding the Tripartite Council to be done afterward.

The question of real estate

On Monday the Lithuanian Confederation of Industrialists (LPK) published a press release which states that the employers propose to return to the concept of mobile labour (work done in outdoor conditions) and discussions of paying employees compensations.

The LPK explains that if the compensations required for working outdoors will also include extra payments to Sodra, this will significantly increase labour costs.

The currently frozen code does not contain the concept of mobile labour. This question could be negotiated in other Tripartite Council meetings.

Delfi reminds that after a meeting with Tripartite Council representatives in early January, Prime Minister Saulius Skvernelis stated he believes the discussions on the disputed Labour Code articles will conclude prior to the Seimas spring session beginning on March 10th, that the code will pass during it and will come into power by July 1st.

At the end of last year the Seimas postponed the implementation of the new social model for half a year, with the new Labour Code being a major part of it. S. Skvernelis promised earlier that the legislation will be amended by July 2017 and that over half a year business and citizens could prepare for the upcoming changes. He claimed the model will be “completely different” in half a year.

New Labour Code to come into force next July

Lithuania's new Labour Code , which is part of the so-called social model package, will come into...

PM expects improved social model to be passed by next July

What may happen to Lithuania's new Labour Code? 3 scenarios

Lithuania's parliament will on Saturday discuss President Dalia Grybauskaitė veto on the new...

President Dalia Grybauskaitė signed under the 2017 state budget project which already passed in...