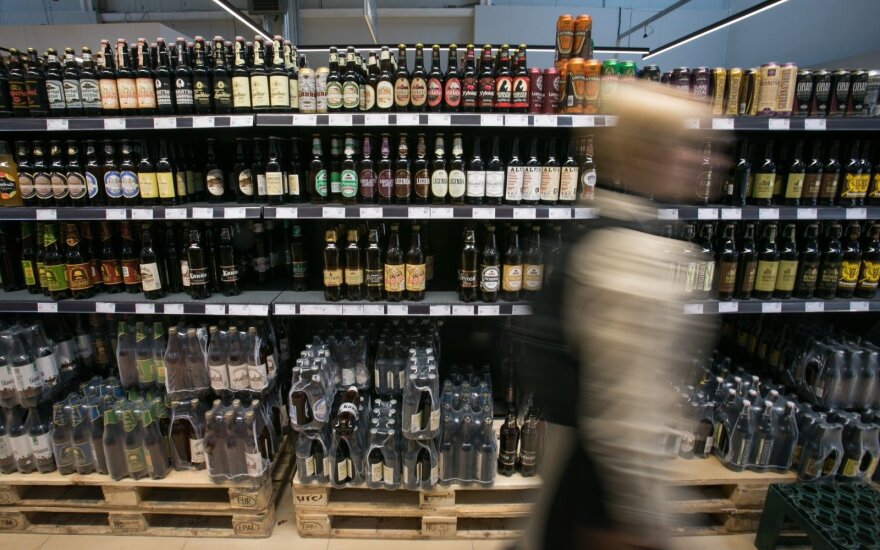 The Seimas is looking at passing further restrictions linked to alcohol. The Healthcare Committee discussed the so called alcohol “bambaliai” [large plastic bottles of cheap beverages] on Tuesday. According to Vilnius Addiction Illness Centre deputy director Aušra Širvinskienė, such a ban would have a large impact on those whose main objective is to get drunk fast and cheap.

When asked whether this ban on beer in “bambaliai” should not have been the very first step in changing alcohol consumption regulations, she stressed that this depends on what target group the amendments are aimed at.

“Firstly it was necessary to outline what group we are focusing on as a priority. If we are talking about targeting people who already have an addiction, it should have been the first change. That said, if we are talking of youth, then these bans are unlikely to be very relevant,” A. Širvinskienė said.

According to her, regarding the target group whose main aim is to get drunk fast and cheap, there is need for means that would limit their capacity to do so and prohibiting the distribution of the so called “bambaliai” serves the function perfectly.

The deputy director stresses that while alcohol producers say that such changes will harm the economy, it receives much more harm from people drowning in alcoholism. According to her the psychoactive substance most harmful to society rather than individuals is namely alcohol.

“Just calculate how much it costs to treat people who consume alcohol or try to reduce and eliminate the repercussions of it. These are massive expenses,” she stressed.