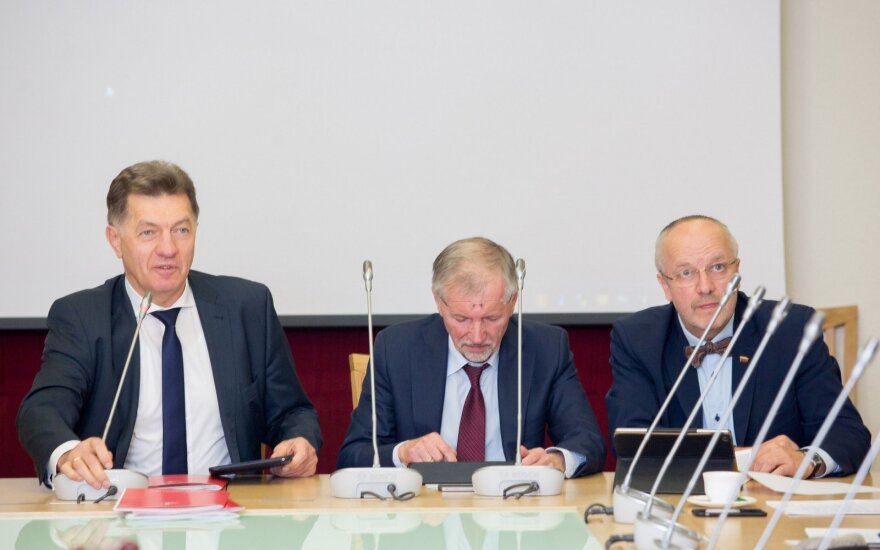 After a long presidium meeting, the Social Democrats decided to begin coalition negotiations with the “Peasants” after all. Party deputy Chairman Algirdas Sysas reminds that this, however, does not guarantee that a coalition will definitely be formed.

Related articles
Are SocDems going to be content with the role of junior partner?
Conservatives say won't join Peasants, SocDems in coalition talks

“We are not signing a coalition after all, we are beginning further discussions, further, very specifically on what we could include into the programme. The topics we have no disputes in we can write in immediately, but for those that have a certain period of implementation because there are many varied proposals, in terms of how much time it will take, how to arrange it, there are things to talk about,” stated A. Sysas.

The Social Democrats did not reveal what ministries they are aiming for and what candidates they intend to put forth. They claim they are even willing to yield the post of Prime Minister.

Political scientist Linas Kojala sees the Social Democrat’s choice as risky however. “If we think that the coalition will last all four years, that further fractures won’t occur, shows that the Social Democrats will be the junior partner and this is not a beneficial trend for one of the large parties, particularly knowing that the “Peasants,” who will be clearly dominant, are those who took many Social Democrat votes and this can help them establish themselves as one of the main centre left political powers,” explained L. Kojala.

Ramūnas Karbauskis of the Peasant Greens hopes to conclude negotiations within the week.

With the Seimas election already this weekend, the latest poll data shows that three parties are...