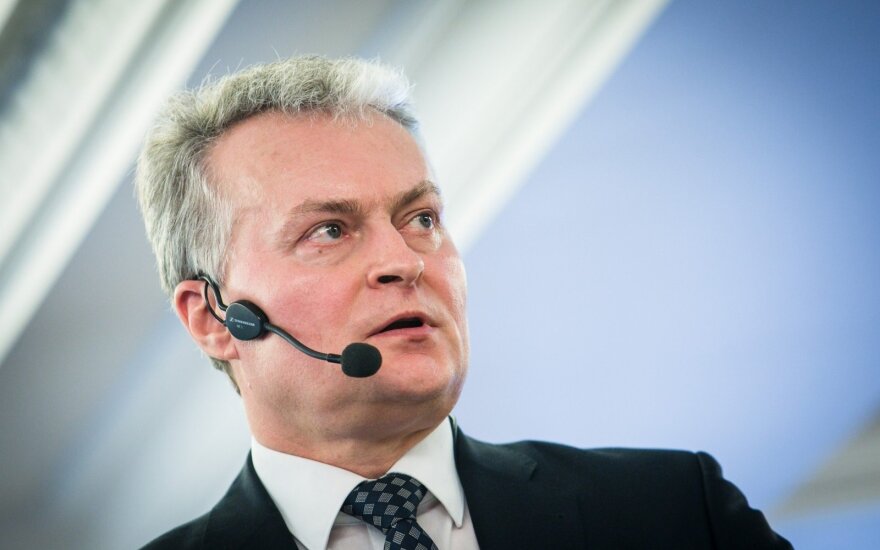 SEB bank president’s advisor Gitanas Nausėda greatly praised the tax reform plan of Minister of Finance Vilius Šapoka. According to the expert, it is completely logical to primarily fix current issues and only then move on to considering new taxes. Nevertheless, one significant question has not been answered – what from will the rise in untaxed income size be financed. “Increasing the untaxed income size will, one way or another, require an answer to the unpleasant question of at whose expense we will do so. From this, the contours of taxes no-one wishes to talk of, but exist somewhere in the background, will appear. <…> It will likely be difficult to hide behind economic growth because this economic growth is shared by everyone,” Nausėda says. A discussion on all of this was held on the talk show Dėmesio Centre, featuring both G. Nausėda and Minister Šapoka.

The minister notes that there are a number of questions that need to be resolved in the Lithuanian economic system. This ranges from combatting poverty, which he describes as “Lithuania’s greatest shame,” to encouraging long term growth via technology and research investment. He also mentions the need to fight the black market economy.

The reduction in poverty levels is one of the government’s stated goals, with plans being featured to reduce income tax to the lowest earners. Minister Šapoka points out that Lithuanian labour costs are already above the EU average and beyond that in sister countries in the EU. The solution chosen for this, the minister explains is to shift a part of Sodra payments to the state budget and merge the Sodra and health insurance taxes, while also having employees make the payments rather than employers. Furthermore he notes that consistently increasing untaxed income size it will be possible to increase tax progressivity without changing tax rates to any significant degree. This is expected to increase people’s net incomes, while maintaining the same gross costs for employers.

G. Nausėda speaks in favour of the measures suggested, echoing the sentiment that they will help those earning the least, however he notes that expectations that such a move will help combat black market and off the books payments are unlikely to be upheld. The economist explains that there are likely very few opponents of most of the proposed measures, just that the expectations various parties hold will differ.

The economist points out that it is better to keep increasing the minimum monthly wage alongside the average wage growth experienced in the country currently. As far as untaxed income size is concerned he points out that it is important to keep in mind at what cost it will be raised because it may necessitate wealth taxes, ecology taxes, car taxes and such, which are massively unpopular, but would become inevitable. Nausėda explains that despite economic growth, it will not be possible to hide behind it because a number of factors await financing, ranging from defence expenditure to Labour Code and social model reofmrs, which all will come at further costs. Even the economic growth is not expected to be particularly impressive, only exceeding 2% a bit.

Minister V. Šapoka points out that the increase in untaxed income size cost the state around 150 million euro, with its rise from 200 to 310 euro. While the minister is more optimistic about economic growth forecasts, claiming it is expected to be around 3%, he notes that it is important to keep in mind how far the country has exceeded its growth potential and whether the economy is not on path to overheating. He states that the untaxed income size experienced previously could serve as a baseline, but it is no guarantee it will definitely be done. 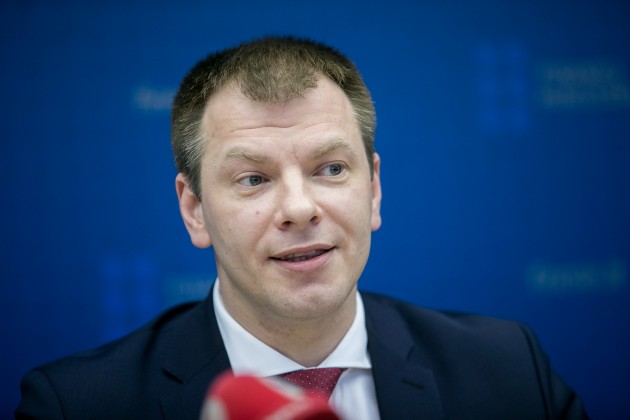 The minister points out that there is a minimum of 500 million euro in exemptions and benefits that could be brought back into the economy to compensate for the expenditure rises expected in coming years, albeit he admits that it is likely impossible to take the whole amount back. Due to this, however, he explains that until the tax system is reformed and some of this funding is taken back into the budget, there will be no discussions of significant rises in untaxed income size and with that – no discussions of new taxation. The hope is to gather more from existing taxation and only failing that, new taxation would be considered.

G. Nausėda echoes the sentiment that first the current tax system needs reform and states that the sums that could be obtained through increased efficiency and reduced wastage in the taxation system would be fairly significant. Furthermore Nausėda praises the government‘s initiatives to lengthen tax holidays for small business and reduce reinvestment taxation.

While Estonia is typically seen as a good practice example, Minister Šapoka points out that while Estonia has a similar approach of not taxing investment, it is much rougher and is criticized by international organisations. Šapoka explains that if a similar approach was used in Lithuania it would cost the state 300 million euro per year and that it is directed to all investment, meanwhile in Lithuania the exemptions are more designed to encourage technological renewal, increasing productivity because specifically faltering Lithuanian productivity is a significant issue for the country at this point.

Many reforms in Lithuania have been stifled by Seimas, but G. Nausėda points out that the approach taken by the Minister of Finance is very moderate, which should allow to avoid controversy and obstructions in passing legislation. He notes that the plans are nothing exotic and have been nurtured for many years now, finally reaching a point where the proposals are worth implementing. It is still a question whether they will make Lithuania the most attractive investment destination out of the Baltic States, but the economist points out it is a step in the right direction.

Lithuanian residents who are expected to have the lowest old-age pension s will be advised to make...

Šimonytė intends to waive a tradition related to officials’ wages

What is going on between Skvernelis and Karbauskis? One of them has become a hostage