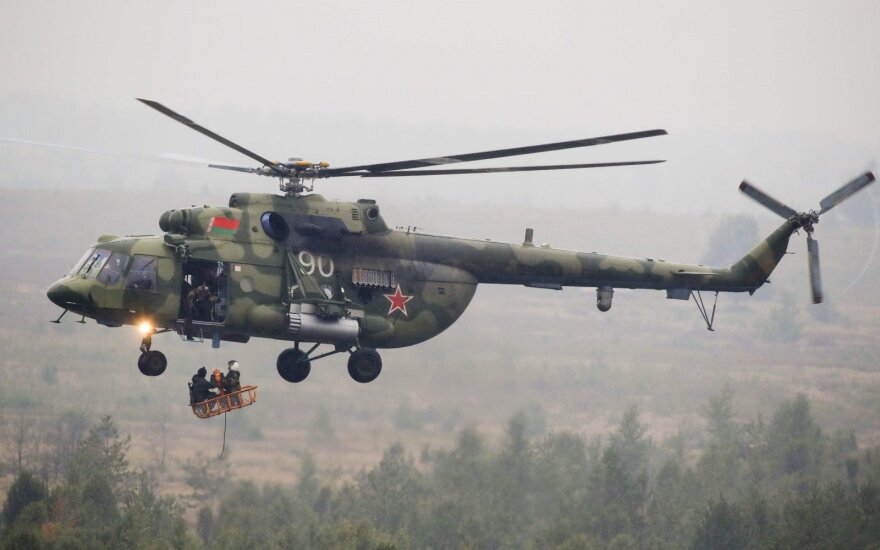 National strategy requires us to analyze across all dimensions relations of power and observe the ways implemented to realize it. When we think about military strategy, we examine operational and tactical doctrine and its application during military exercises. We further analyze the adversary's behavior for a glimpse into their narratives. Military exercises inform and give us valuable insights into the future, they demonstrate capabilities and challenge our ways of thinking about things that well beyond the present. They also serve as a form of communication to potential adversaries as well as allies or partners. Zapad 2017, an important Russian military exercise, delivered to the North Atlantic Treaty Organization (NATO) some key messages and strategic perspectives on NATO-Russia relations.

One of these messages is geopolitical and touches Russia's sphere of influence. Since the invasion of Crimea in 2014, Russia has been demonstrating its ability to use conventional military improvements with non-military means to assert influence in the Eastern neighborhood and to position itself internationally as a powerful military player. Military exercises that Russia was conducting since 2008 (such as Caucasus Frontier for example) are used as a part of a strategic message that Russia is conveying to its Eastern neighborhood and to NATO. This message remains the same: the Eastern neighborhood is a zone of Russia's geopolitical interests and a rapprochement of the Eastern Partnership countries (Armenia, Azerbaijan, Belarus, Georgia, Moldova and Ukraine) with the West may be costly for them and may create different undesirable military and non-military effects such as happening in Ukraine now. The Eastern neighborhood is a privileged zone of Russian extended defense and will be likely staying so in the nearest future.

From a Russian perspective, any Western aspirations of the Eastern Partnership countries will generate a negative reaction from Russian side and will be seen as a provocation. Any possibility of an open-door policy to the Eastern Partnership countries from NATO's side will be rejected by Russia. From Russian perspective, a geographical proximity of NATO's presence is already lying way ahead, at the NATO's Eastern borders and should not be extended further to the zone of a privileged interest of Russia. Grey zones of conflict will stay buffer zones that Russia will be using in its hybrid actions against West.

Another message from Zapad-type exercises targets NATO and its Member States. This is a slightly different message but follows the same logic: an escalation of the conflict with Russia will be costly for NATO and its Member States, especially for those ones close to the Eastern neighborhood, mainly Baltics and Poland. During Zapad 2017 Russian militaries demonstrated that they are able to maintain great combat readiness and general preparedness at the NATO's borders and that their forces are mobile, flexible, and interoperable with the armed forces of their allies (Belarus). Although the amount of time that Russia needs to assemble forces for such a large exercise is debatable, it provides a large intelligence signature to NATO.

Zapad 2017 demonstrated that the Russian military is focusing on strengthening new command and control systems and are testing new types of weapons and equipment as well as new capabilities across multiple domains to include electronic warfare, drones and cyber. Such demonstrations create a lot of anxiety amongst NATO's Eastern European members currently exposed to the Russia's Anti-Access Area Denial (A2/AD) bubbles in Kaliningrad and in Crimea. In this regard Zapad 2017 seeks to improve Russia's military posture and may be a test for NATO's credible deterrence. Moreover, these exercises may also increase tensions along NATO's eastern flank as Russia exerts external pressure on these countries.

What can be a solution for NATO? One possibly lies within the Alliance's adaptation, continued support to Atlantic Resolve, enhanced forward presence, and exercising the VJTF and portions of NATO graduated response plans. These measures reassure members and demonstrate Alliances' will and capability to defend each other. NATO's continued emphasis on the speed of identification, decision, and assembly can enhance NATO's credibility in the East. In this way the effects of Russia's military exercises will not be seen as an existential threat and reduce the likelihood for future conflict.

Overall, the success of the NATO rests on the unity of its member states and their ability to maintain a common shared vision that manages the risks with Russia. Zapad 2017 demonstrated that military exercises are a form of communication where messages from both sides improve understanding.

Lithuanian Defense Minister Raimundas Karoblis will on Tuesday present an initial assessment of...