Lithuania Tribune
aA
The Russia-NATO Council will meet today in Brussels for only the second time in two years but many are pessimistic about making real progress as tensions have been rising in the Baltics and Eastern Europe. 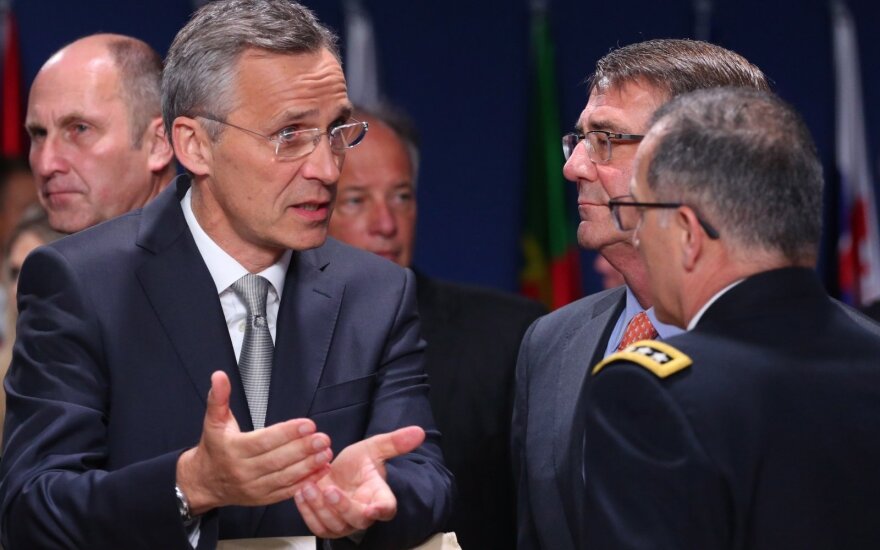 Nato announced at its Warsaw summit last week that multinational battalions would be stationed in each of the Baltic States and Poland and that drew fire from Moscow with Mikhail Gorbachev claiming that Russia was being provoked.

Incidents in the Baltic between Russian warplanes and US warships have heightened fears of a return to a Cold War.

Established in 2002, the aim of the NATO-Russia Council is "to serve as the principal structure and venue for advancing the relationship between NATO and Russia".

Nato secretary general Jens Stoltenberg has said that the deterrence measures put in place by Nato need to be accompanied by dialogue with Russia.

In Warsaw, Stoltenberg said: "We will continue to seek constructive and meaningful dialogue with Russia. To make our intentions clear. To dispel any misunderstandings. And to reduce the risk of military incidents or accidents spiralling out of control."

One Russian official, Vyacheslav Nikonov, a member of Russia's lower house of parliament, told CNN that he believes the two can forge compromise over stopping or lessening the close calls between American and Russian ships and planes.

Russia has mooted turning on transponders on its plance but NATO and Russian warplanes flying above the Baltic Sea with only automatic transponders on would not change the situation, said Lithuania's Foreign Minister Linas Linkevicius today.

Diplomats of the Alliance and Russia intend to discuss the issue later on Wednesday.

"This (flying with automatic transponders off) is a usual practice in military aviation and this is not the only thing that leads to safety. Safety is also about flying culture, conduct in the airspace, as we saw cases of military hooliganism on the Russian side," Linkevicius said.

"This is what we need to talk about, not the technical element, which alone cannot solve much," he added.

Russia rated 'as a bigger threat than ISIS by NATO'

NATO now sees Russia as a bigger threat than the so-called Islamic State, according to a senior...

Lithuania has opened a new National Cyber Security Centre in Vilnius under the authority of the...

After Warsaw, now comes the hard part for NATO

With little time to deploy promised troops to the Baltic States and Poland, and serious doubts over...

'Putin has persuaded NATO members that Russia is a threat'

Russian President Vladimir Putin's actions have persuaded all NATO member-states that his country is a...