National myth is not simply history. Open letter to the German historian 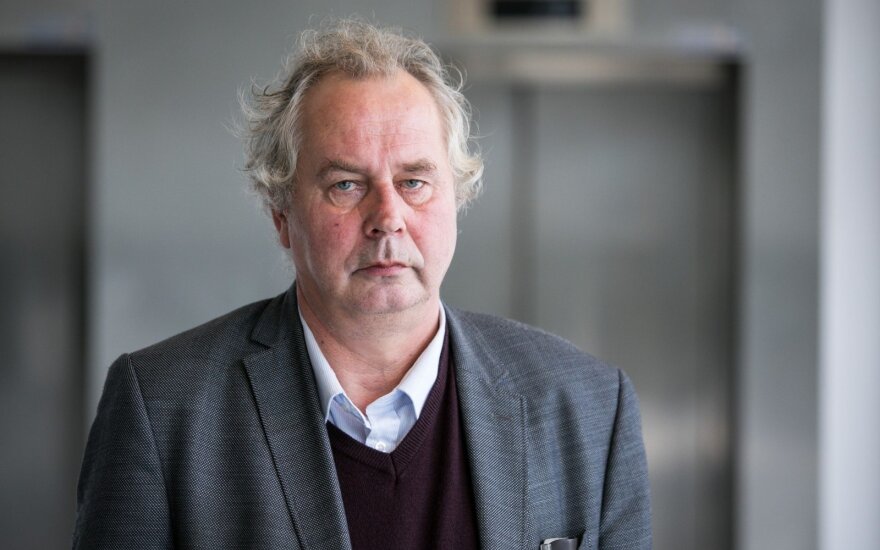 I write to you because we have known one another for a number of years and interacted closely for a time.

I read your comment on the Delfi news portal and let me openly say that this time I disagree with you.

Already your first statement sounded odd to me, that Vanagaitė did not incite hatred and did not urge to kill anyone, thus we should now calmly look into what facts she grounded her claims on.

The matter is that the facts the writer based her claims on are well known to historians. Analysis of soviet intelligence information revealed the bias and inaccuracies in the presented data clearly.

If R. Vanagaitė has any other factual proof, she could have presented it because unlike you say, no-one prohibits her from doing so. The author's statements are eagerly published, she is invited to talk shows. I can partially agree with you, the discussion on this topic contains too many hysterical voices and perhaps R. Vanagaitė's demonization.

But you will probably agree with me that we are not discussing history, but a national myth of importance to the Lithuanian community.

Unfortunately such discussions cannot avoid emotion because as you well know, the livelihood of a myth is based on belief, not historically tested fact.

I also greatly disliked your comment's lecturing tone. You think Lithuanians are too hysterical and they should take the example of your fellow Germans?

However in similar situation the German public acted just the same as Lithuanians are today. Let me remind you of a few cases that happened in your homeland.

I do not wish to go too far back and will remind of only some recent discussions in Germany. Do you recall, in 1995 an institute financed by Reemtsma established itself in Hamburg and prepared a mobile exhibition, the goal of which was to show the Wehrmacht's crimes during the Balkan War, fighting with Belarussian partisans and in Russia.

At the same time the exhibition aimed to dismantle the myth of Wehrmacht troops as gentlemen which continues to survive in contemporary Germany and at the same time show that not only the SS and gestapo participated in the massacring of innocents, but also regular Wehrmacht troops. No doubt the exhibition aimed to expand the circle of Germans as war criminals by showing that most of the regular Germans also knew about war crimes or even participated in them.

In terms of public attention the exhibition was, no doubt, successful. Only during the first period of exhibition, it was presented at 28 German and 6 Austrian cities and was visited by almost 90 thousand visitors.

What is far harder to evaluate is whether it managed to achieve its goal to expand understanding that the circle of German war criminals was far wider than thought thus far. First of all the exhibition greatly split German society.

Up to then, the German right and left had reached a consensus regarding Holocaust perceptions, however in regard to this exhibition the old camps surfaced again. They were clearly visible in discussions on the exhibition in the German parliament. The exhibition's initiators were traditionally supported by the Green Party, however the right wing representatives remained of a critical opinion. It is noteworthy that the public split was visible outside the bounds of parliament. The exhibitions in German cities were accompanied by demonstrations by both supporters and opponents. They certainly did not lack emotion and the police had no lack of work.

Similar emotions erupted in discussions of the need for public repentance for Nazi crimes in Germany, known by the name of the Martin Walser and Ignatz Bubis debate [Walser-Bubis Debate]. It is worth remembering the reaction caused by the American historian of Jewish origin Daniel Goldhagen's statement about the Holocaust's roots in German culture. However I will admit that I was most shocked by the end of the latest discussion in Germany.

In the 21st century when multiculturalism became an important part of German culture, German Social Democrat Party member Thilo Sarrazin was forced to resign from the office of Berlin Senate senator for Finance and German Bundesbank management following critical statements from him on the topic.

Christoph, you definitely remember these discussions, however somehow I did not hear any similar proposals from you then, as you proposed for Lithuanians now.

To conclude I would like to remind of the words of famous German historian Jörn Rüssen. When speaking of the war in Kosovo, he reminded of the historian's moral responsibility. It was namely historians in former Yugoslavia that played an important rolve, reviving old myths, the actualisation of which led to bloodshed.

We must demand responsibility from all those writing on topic important to the public past. R. Vanagaitė did not consider this important warning.

In one regard I completely agree with you. R. Vanagaitė's books should not have been removed from the bookshelves. One does not do that to books in the 21st century.

With sincere greetings yours truly,

The cost of R. Vanagaitė’s love

Prime Minister Saulius Skvernelis says that Lithuania does not need to review its attitude toward...

Lithuanian Jewish Community dissociates itself from allegations against partisan leader

The Lithuanian Jewish Community (LJC) has dissociated itself from publicly made allegations that...