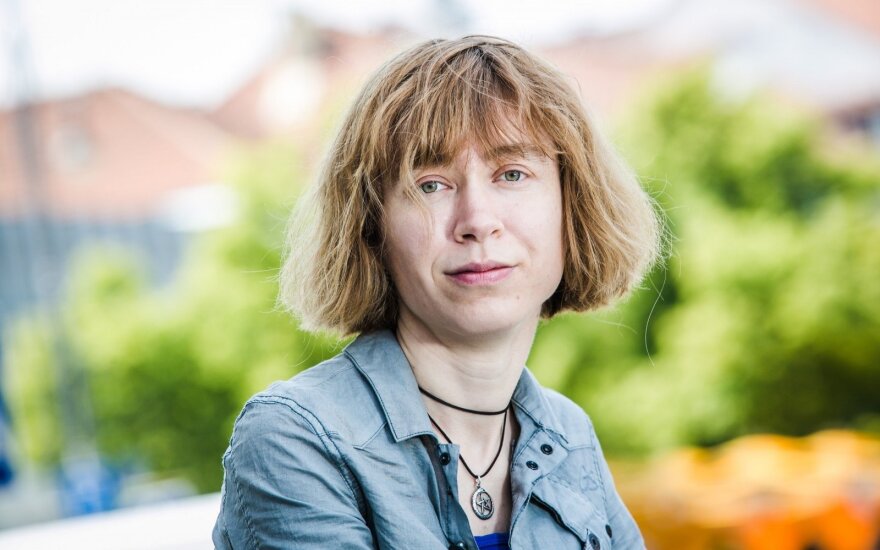 "The aim to turn a "moustached beaver" party, "to direct it more toward the left, toward classical social democracy" – this is not a generation shift, but a real revolution. This is because there has not yet been a true leftist party in contemporary Lithuania.

After such an internal revolution, the LSDP will be once more able to aim for the vast portion of voters who are drifting between populists, unable to find someone to accomplish their pursuit of social justice," Romas Sadauskas seriously claims that the LSDP is undergoing a... revolution, rather than fracturing and muddling through. No less, the LSDP rose will suddenly bloom in the form of the "true left", classical social democracy (always on the brink of death and, take note, never having truly been leftist. Social democracy appeared as a compromise between leftist movement leaders and the political establishment which was seeking to extinguish them by handing over the idea of the welfare state and expecting the leftists to cease clamouring for a restructuring of the world).

Related articles
SocDem leader hits back at criticism from LFGU leader
“Farmers” set the stage for V. Uspaskich and A. Guoga

Is he jesting? The first quoted sentence is somewhat incoherent (I believe due to an editing mistake, "to turn" should be "to force", "to direct" should be "to misdirect"), however it is enough to understand that what this "revolution" is according to the author (I just presented reasons why in classical social democracy, even if it bloomed for us thanks to the LSDP, there isn't and won't be anything revolutionary).

The second and third and second sentences are aimed to encourage the supporters of G. Paluckas and strive to continue playing the part of "the real left" – the right will not hamper them, the right will bless them because to the left they are needed like this. Believers will continue to have the same old familiar opponent, the easily predictable LSDP and would be safeguarded from "populists" (perhaps the LSDP will gather them and occupy them with itself?). All so that politics would remain "normal" (that is to say WITHOUT REVOLUTION because revolution, by definition, is not normal, revolution is either against normalcy, against the established status quo or it is not a revolution, but something else).

The LSDP is making use of the same trick performed already by the TS-LKD (at the advice of the same public relations experts?) – applying the scheme "young-progressive-totally-different-Western-generation" versus "laughable and outdated". In the TS-LKD case, the Christian Democrats were labelled "Taliban", in the LSDP case – Soviet nomenclatural epigones labelled "beavers". It is of note that in both cases it is the same group employing mockery – the bright eyed youth.

How servile it is to its "government", how uninterested to rebel against it. It is not hard to be convinced of this after following the young (not all that young, truth be told) social democrats on social media – there is nothing there that isn't either party advertising, or apologetics, or the bashing of political opponents, or cute domestic titbits which are supposed to give the LSDP a human face. The question whether they are told to do so or if they are cunningly aware prior to even being told by party bosses and do it to advance their careers, it matters not because both options yield THE SAME answer about who they are and what we can expect from this (as Gintautas Paluckas calls the process) generation shift.

A Google search of "LSDP + revoliucija" yields only another article other than R. Sadauskas'. It is from March and posted on the LSDP website, written by a young social democrat who ran for the office of LSDP chairman, Mantas Varaška, titled "Division or revolution". Its content can be summarised as follows: frightening crime rates are growing in Lithuania and the cause is social segregation, inequality and poverty; the situation is critical, only a spark is needed and the gunpowder barrel will blow (To quite: "Our society is at such a condition of discontent (with others and itself) that only one intentional or unintentional push would be all it takes for mass unrest. You disagree? Remember how the black right's movement's struggle accelerated from a barred seat on a bus. Yes, such unrest is also possible in Lithuania. And even not in the form of increasingly frequent heavy crimes, as criminologists or T. Dapkus warn, but as a mass revolution. This is why We must Act." The highlights are as per the original).

"We" as explained right there by the author is "all Lithuanian parties without exception, starting with the Social Democrats", while "act" means to change the tax system toward reducing social inequality. In other words he is openly, without avoiding the example of Rosa Parks, admits that the LSDP is not for revolution, but FROM revolution – together with all other Lithuanian parties. He would have offered Rosa Parks a discount ticket and would hope that the Afro-American community would cease their complaints.

Perhaps this is enough? They can of course aim for it, anyone can aim for anything, but no, no voters of the "true left" will hand the LSDP a vote of confidence, more so even they will not receive any "protest votes". Such voters once tried gritting their teeth and trusting a little and the LSDP did not understand what happens when you receive that credit and cynically mock and then change the "boy" and try again under the same slogans. They did not grasp it then and neither do they now.

R. Sadauskas-Kvietkevičius. A revolution is happening in the LSDP, not a generation shift