DELFI
aA
Human rights expert Dovilė Šakalienė who was invited into Seimas by the Lithuanian Peasant and Greens Union (LPGU) shared an open statement on her Facebook profile regarding amendments to the artificial insemination law. 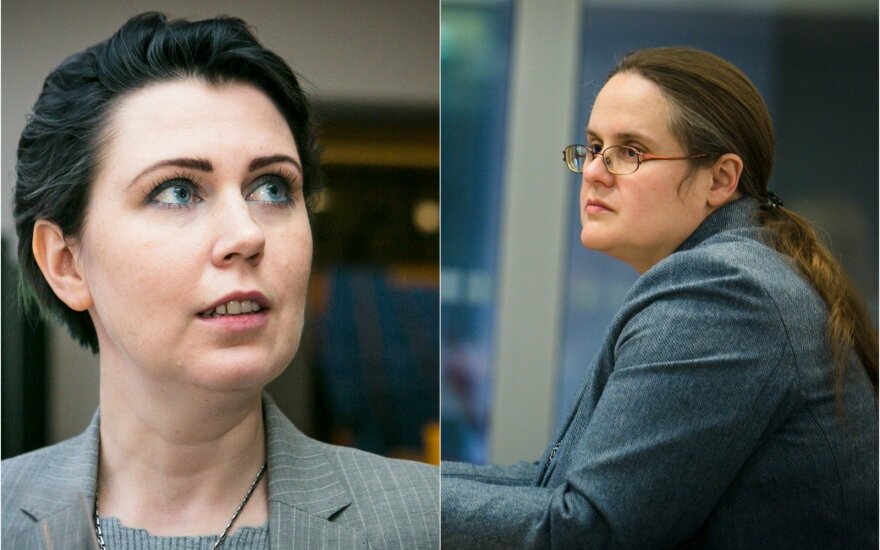 “I made a massive effort to help Ramūnas (Karbauskis) see how harmful to women a ban on using the embryo method could be. Yesterday in a morning fraction hearing it was decided that the ban is to be cancelled, that women can choose the procedure, that as many as possible embryos will be made and the woman will be able to choose, how many will be used and that the remainder would be frozen. We were all handed new, normal version and we all voted specifically for them,” explained D. Šakalienė.

According to the politician, the Tuesday morning meeting in the fraction had a large number of people who objected to the conservative variant. She isn’t the only one.

“This vote was a proposal, not an adoption, thus no amendments came into power, so no harm has yet been done. In the adoption phase, none of us will vote for this absurdity. But according to the Statute it is possible to initiative a cancellation of this vote overall.

Yesterday morning I was happy I had succeeded in defending women. Now I am angry. This is inexcusable,” she wrote on Facebook.

Delfi reminds that on Tuesday, the Seimas voted regarding amendments to the artificial insemination law. 69 members of Seimas voted for, with 22 voting against and 20 abstaining. That said, this is where confusion set in.

In fact members of Seimas voted not for the LPGU Chairman Ramūnas Karbauskis’ proposed amendments, where he stepped back from the proposal of banning the freezing of embryos, but instead for those registered on December 1.

They have been described as radical and conservative in the public because they are based on the religious-value basis that full human rights are bestowed upon insemination.

“Only as many embryos can be created as will be transferred into the woman’s body at one time, but no more than three,” this sentence, vehemently opposed by families with fertility issues, has been entered into the amendment.

However since the amendments presented by R. Karbauskis on Tuesday morning were registered and widely discussed during a hearing by Povilas Urbšys, there was a number of politicians who were misled and were unaware what they were voting for. This was also confirmed to Delfi by Lithuanian Green Party leader Linas Balsys.

A cunning manoeuvre by A. Širinskienė?

Furhtermore he noted a manoeuvre by LPGU member, Healthcare Committee Chairwoman Agnė Širinskienė, performed prior to the vote. The politician points out that it should be discussed by the Seimas Ethics and Procedures Commission.

“I believe it was unclear to members of Seimas, what they are voting for. According to all statutory procedure, it was the conservative variant, strongly supported by R. Karbauskis on an LRT show on just Monday evening that was presented. But on Tuesday morning he organised a press conference where he suddenly changed his mind and announced that things will now be different. However during the hearing we were faced with the old version of the amendments,” said L. Balsys.
He also recounted how prior to the voting, Povilas Urbšys who presented the amendments asked for a half hour recess.

“An afterward, when the hearing began, suddenly A. Širinskienė, who is also very active and a strong supporter, presented new proposals to those of R. Karbauskis to members of Seimas, supposedly a compromise,” the politician said.

He himself realised what had been done and thus voted against the amendments, but did not doubt that there likely were those who had been misled.

“I believe that this, you could say, not knowing or good awareness, that some colleagues are unaccustomed. I believe that this was an unethical and unfair act by, most likely, A. Širinskienė, she distributed, but I do not know if she is the author. It is an attempt at peasant contrivance and effort to cheat colleagues. It succeeded on a number. I believe it is an unsightly example of parliamentary activity,” said L. Balsys.

According to him the Seimas Ethics and Procedures Commission should review this situation.
“A sudden distribution and request to review something that is not in the computer, is not officially presented; it is dishonest to do so in the Seimas hall, right before voting. It is as if saying “Calm down, it’ll all be fine”. Such practice, furthermore, when the “Peasants” are powering through very often already, when they are also taking up contrivance, well, that is not ethical,” the politician observed.

“As the French would say, “Cherchez la femme” [Seek the woman]. As for seriously, I do not understand how a member of Seimas can be confused by sharing amendments and two proposals to improve amendments. After all it is the same information which they can easily access in the information system. For convenience sake we distributed paper versions. It appears that someone forgot to read the Seimas Statute, despite already voting for almost a month,” she explained.

Political scientist – Lithuania could go the way of Poland