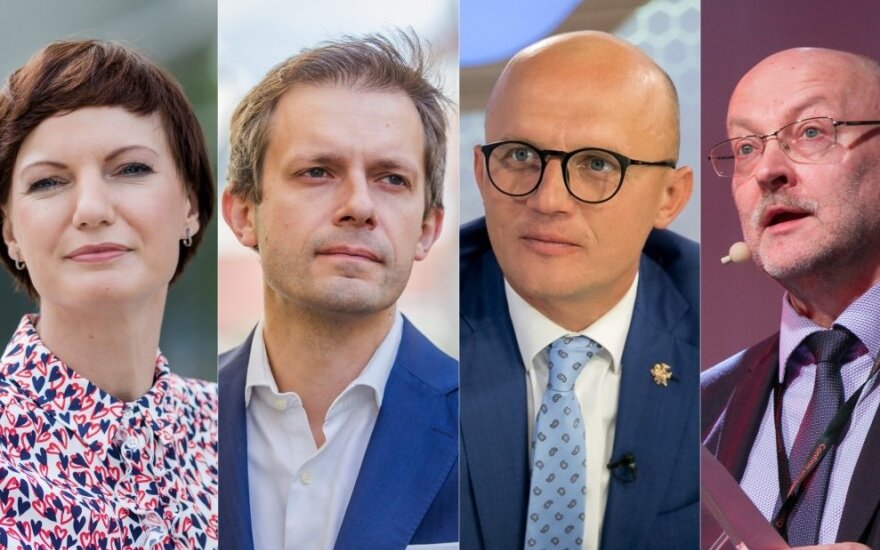 Both the country's elite and the public are unanimous in their perception of the most influential journalists. The list is topped by Edmundas Jakilaitis, Andrius Tapinas, Monika Garbačiauskaitė-Budrienė and Rimvydas Valatka.

These are the results revealed by the Delfi project Most Influential in Lithuania 2017. Friday features the reveal of the listings for news media representatives.

According to a survey by the journal Reitingai, E. Jakilaitis is elected the most influential journalist in the country for the third year running and with little to no competition. E. Jakilaitis is known for his role as the host of the Dėmesio Centre [In Focus] talk show, working as the producer of a number of other shows and projects and hosting special electoral shows and debates.

Second on the list we find A. Tapinas. He is the founder of the internet television Laisvės TV [Freedom TV], the host of LRT quiz show Auksinis Protas [Golden Mind], as well as a Delfi analyst with 137 thousand followers on Facebook.

According to the elites, third in the list is chief editor for the Delfi news portal M. Garbačiauskaitė-Budrienė.

E. Jakilaitis triumphed in the public opinion poll held by Spinter Tyrimai as well. Second place in it went to R. Valatka and third to A. Tapinas.

He explains that people who are frequently seen on television are viewed as having the most influence despite this not always being the case. He reminds that in the overall list of the most influential last year, E. Jakilaitis took second place, surpassing even the then Prime Minister Algirdas Butkevičius.

"People associate E. Jakilaitis with a significant capacity which can be decisive in letting someone shine or slip down a slope. E. Jakilaitis is an undisputed entity in news media though when you talk with professionals who evaluate influence, they say that the impact of news media owners or executives is more significant, they control the entire steering wheel, often steering through several news media outlets at once," G. Sarafinas said.

He notes that in voting for the most influential journalists, there was a large disparity between Vilnius and the regions.

"Influence is not easy to measure, results show that people value the journalists, editors and heads of organisations who have much experience and, in principle, significant audiences. The most accurate evaluations are of representatives of companies leading in terms of information. These people have already entered the collective consciousness. No doubt in the current fragmented news media environment, when people spend much time on social media, mass media's influence has declined somewhat, but it remains strong," Vilnius University Department of Communications Institute of Journalism director docent Deimantas Jastramskis comments.

He points out that there is little disconnect between the elites and the public in this case.

At the same time D. Jastramskis notes that measuring the influence of news media is not a simple matter. On one hand a single journalist has, in reality, no real power, but their capacity of public communication can influence political decisions.

Edmundas Jakilaitis, the host of LRT television's programme "Dėmesio Centre" ("In Focus"), is...