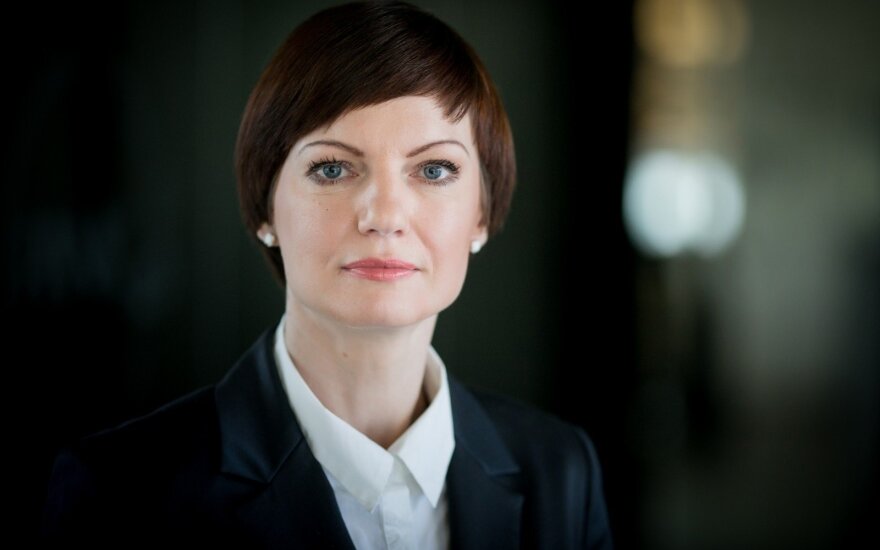 Ramūnas Karbauskis with his lands and tale of "everything is legal" is nothing new in the Lithuanian skies – there have been greater scandals in the country's politics and business.

Figures appearing in the middle of scandals managed to get out of them by one means or another, but they do not pass without consequences. Even Lithuanian patience has limits and they should not be constantly fooled. The principle of "vsio zakonno" (everything is legal in Russian) flips over – casts a long shadow, it becomes necessary to live with a ruined reputation for many years and it can even be fateful.

Politicians arriving at the pinnacle of power often forget that different behaviour standards apply to them and that what was permitted for businessmen or common citizens and did not interest anyone will not be missed when you enter power. They find it difficult to understand that what is legal will not necessarily be supported by the public, especially if it is unfair.

It is specifically this question that R. Karbauskis was asked by the public this week. His Agrokoncernas makes use of land owned by his sons, sister, brother and father, thus circumventing legislation which prohibits a single individual, company or related individuals to have more than 500 hectares of agricultural purpose land.

To this R. Karbauskis answered that "an attempt at bypassing the law was not made because the law was upheld" and sent the journalists to law enforcement. On Tuesday the Prosecutor General's Office announced it was initiating an investigation in defence of the public interest and on Wednesday the Chief Official Ethics Commission (VTEK) decided to initiate an investigation. It had to investigate whether R. Karbauskis declared monetary gifts to his sons in time. Already before the commission began its investigation, R. Karbauskis forestalled matters by admitting that he was late in declaring his transactions and amended his declaration of interests.

The prosecutors, quite likely will find no breaches, the VTEK will grumble a little or perhaps won't even investigate, perhaps legislation will be made stricter, however despite the conclusion of the investigations, this story is now attached to R. Karbauskis. It is one thing to be the largest land owner and one of the wealthiest individuals – that's not inherently sinful, and you can always retort to those who take issue – you're jealous, but it is something different when wealth is being accumulated in these ways.

And then adding the constant talks how the Karbauskis family, once again all legally, get farmers in debt, then take their lands, the package turns out quite poor.

R. Karbauskis' drama with land accumulation at the hands of relatives appears even worse when you know that in 2013 he was one of the initiators of the referendum over land sales to foreigners. "By selling land to foreigners we will ruin the smallest of farmers. You will not ruin the largest farmers because we can go to a bank, take a loan, but they can't," R. Karbauskis said back then.

R. Karbauskis' story of "unrelated" relatives' lands reinvigorated the old saying "vsio zakonno" which was applied to Algirdas Brazauskas' manoeuvres of old. The late politician also enjoyed repeating that all is according to the law when he was caught in participating in murky affairs.

A. Brazauskas' image was greatly damaged by the story with the Draugystė hotel, which the nation still remembers well enough, among other things because a woman was involved, A. Brazauskas' then mistress, later his wife – Kristina Brazauskienė.

In 2005 member of Seimas Julius Veselka admitted that the then president A. Brazauskas called him as minister of economy personally, urging to withdraw the hotel from the to be privatised list so that it would not end up with unknown boys.

A. Brazauskas then promised to find credit and create a high class state hotel, but after a time did not uphold his word and the hotel was handed over to Kristina Brazauskienė after privatisation. Later it became the property of the Brazauskas family. A. Brazauskas described the accusations as "slander". All legal.

And the story repeats: back then the Vilnius District Prosecutor's Office also investigated a case regarding potential abuse of office in privatising the stock of the Draugystė hotel, however found no traces of crime and ended the pre-trial investigation.

Kristina Brazauskienė gained infamy not only due to Draugystė, but also due to the canteen Šešupė, which, as its head, she privatised by murky means. An investigation was started over this back then as well, but it was cancelled by the prosecutors in 1998 and later it reached its expiration date. There were also other episodes where A. Brazauskas' name was mentioned – the privatisation of Alita, Vakarų Skirstomieji Tinklai, however the politician would always avoid accountability. Everything is legal, but Draugystė + K. Brazauskienė = something murky and passers-by on the street would know.

Equally many remember the historical meat salter of the Krekenava agro firm Dalia Budrevičienė, who took up the fight against Viktor Uspaskich. His businesses entered the centre of attention in 2006 when D. Budrevičienė stated publically that the company pays off the books wages. There was no Facebook back then, nor a relatively more civic society then, however this story gained traction nevertheless and greatly harmed the then popular politician who was no longer able to fire back that "everything is legal".

D. Budrevičienė suffered as well – she was fired and dragged around courts for supposed slander of company leaders.

This was the first blow to V. Uspaskich, after which the false bookkeeping case proceeded, continuing for a decade and various off the books payment stories would continue to surface. Finally after a modest fine, the Labour Party's founder withdrew from Lithuanian politics. And though he occasionally haunts entertainment or dubious content TV shows and promises to return, political scientists are sceptical of his chances.

Communications experts see parallels between Uspaskich and Karbauskis' situations – the business empires of both pay the price for major politics, the back stage of business and personal life are dug up and it surfacing can be fatal.

Another illustrational "legal, but not fair" stain is not in the biography of politicians, but one of the largest business organisations – VP Group [Vilniaus Prekyba]. By using exemptions applied to companies led by the disabled through an intentionally created civic disabled people's organisation Spindulys the then VP Market managed to obtain VAT returns of 76,2 million litas (22 million euro). Later this legislative hole was patched by the Seimas.

Back then this scandalous story was investigated by both the Prosecutor General's Office and the Seimas Anti-Corruption Commission, however it still ended with a victory for VP Market. VP Market won because everything was legal, however the stain remained on its reputation, it has been dragging on for years and is especially harmful during crises – VP shareholders keep being reminded of insensitivity and dishonesty.

"We should not have done this, thus both I, as all of Vilniaus Prekyba wish to apologise to Lithuania and its public, the State Tax Inspectorate and disabled people's organisations," the largest shareholder of VP and related companies Nerijus Numavičius repented in VP Baltoji Knyga [VP White Book] published a few years ago. According to him, the decision to perform a legal, though morally dubious step can only be viewed negatively from today's perspective. Despite public repentance, the VP Group is criticised over continued behaviour with the fund and reluctance to part with the money gained from the state.

You cannot buy a good reputation for all the world's money. You need to keep this in mind when you present your life and business in front of all Lithuania as R. Karbauskis did. And not only present it, but also arrive with great pretences at making state fund usage more transparent and lecture others on various topics.

In five years the nation will likely not remember this politician's questions for the LRT or journalist Edmundas Jakilaitis, however they will always recall that he accumulated his lands by somewhat murky means and it will always be recounted to Karbauskis the politician or Karbauskis the businessman if he chooses to withdraw from politics.

Yes, journalists could have performed these investigations prior to the elections, however they did it now and be certain, after five years the sequence will not matter.