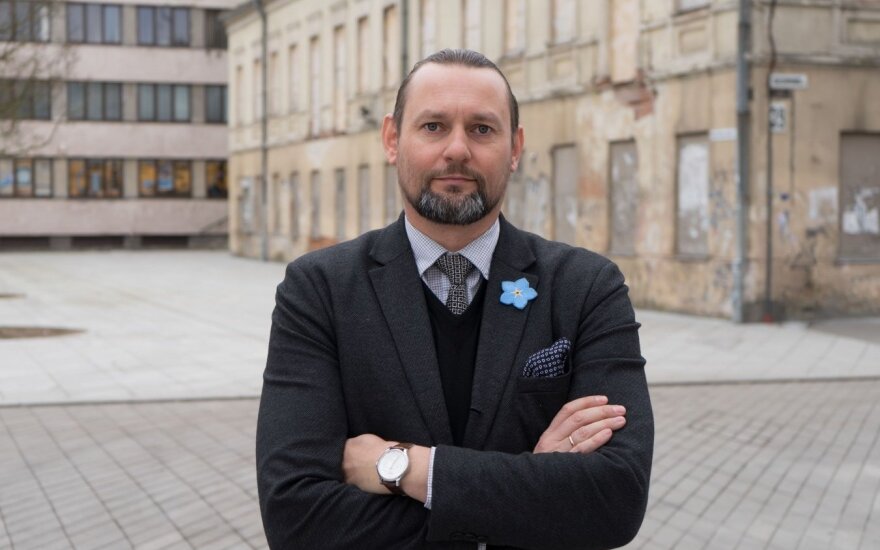 The Nordic Baltic Eight, which was dubbed Baltoscandia during the inter-war period, is one of the core axes of Lithuanian foreign and security policy in regional cooperation.

It is constantly emphasised by the president, prime minister, government programme, political party leaders, programmes and so on, but what do the Lithuanian people think of it?
There aren't many surveys on the topic. Based on a November 2008 survey in Lithuania, 41% of respondents answered that Lithuania should be associated with the North European region – Sweden, Denmark, Finland, Norway; while 22% of respondents identified the country with the East European region.

The company Saffron Brand Consultants which forms the image of the Lithuanian economy recommended already ten years ago – in November 2008 – for Lithuania to identify with Northern countries because this way Lithuania would be better associated with stable, progressive, socially responsible countries, compared to the Eastern European region, which is traditionally associated with the backward and insecure post-Soviet sphere.

In 2017, Bloomberg wrote that if the Baltic States manage to recreate their images as "Northern" countries, foreign direct investment would react positively to it.

The message from last year that the Baltic States were classified in the UN as "Northern Europe" is old news or simply fake news.

Lithuania, Latvia and Estonia are geographically North European states. This has been established since the end of the 20th century in the UN geographic distribution of world regions and states. You can refer to this for confirmation.

Several days ago, new survey data surfaced. The survey was commissioned by the Northern Minister's Council and was conducted via 600 phone interviews with residents of Lithuania, Latvia and Estonia. The survey data can be found here.

91% of Estonians, 89% of Lithuanians and 84% of Latvians view cooperation with the Nordic region to be (very) important. Respondents indicated that this is particularly due to the small states' status, geographic proximity, similar values and cultural similarities.

In the opinion of Baltic States' residents, cooperation is most necessary in economy, education, science, tourism, culture and innovation.

For Lithuanians, Latvians and Estonia, the Nordic region associates with social welfare, environmental protection and freedom of expression.

The greatest benefit of cooperating with the Nordic states is learning from one another, strengthening mutual trade and competitiveness. Lithuanians would contribute to the cooperation through science and innovation, Latvians with workforce and the Estonians with IT prowess.

The Nordic countries have curiously differing associations. For Lithuanians and Latvians it is typically with Astrid Lindgren, Father Christmas, Vikings and... Karlson, who lives on the roof. Meanwhile for Estonians, the Nordic region is more associated with politicians: Finnish president Sauli Niinistö, former presidents Tarja Hanonen and Urho Kekkonen, as well as the Swedish king.

Among negative Nordic values, the Baltic States' residents include immigrant and refugee policies, overly liberal views regarding sexuality and marriage/partnership, as well as excessive emphasis on gender equality and gender-neutral education.

The survey also indicates what political scientists have spoken of for a long time now. It is the positive images, lack of negative experiences of memories and close political and economic cooperation in Baltoscandia since the recreation of independence.

The Nordic countries are viewed especially positively, unlike many other neighbours of the Baltic States.

Knowing that Lithuanians are the most geographically distant from the Scandinavians, but with the most positive views of them, allows to recall a fairly old question raised regarding not only politicians', but entire societies' closeness to the Baltoscandian region.

Scientifically one would want to know a similarly investigated view of Nordic residents toward the Baltic States and societies, but the Lithuanian, Latvian and Estonian orientation toward the Scandinavians indicates that Baltoscandia is far closer than we may think and allows for the hypothesis that Central Europe is an increasingly distant concept for Lithuania, Latvia and Estonia.

Lithuanian president off to Iceland for women leaders' conference

Lithuanian President Dalia Grybauskaitė will pay a two-day visit to Reykjavik on Tuesday and...