aA
It is understandable why at the end of this year political analysts raise questions from evermore acute angles. Edward Lucas for one has expressed fears as to whether NATO will withstand Donald Trump’s administration or if the European Union can still be saved. 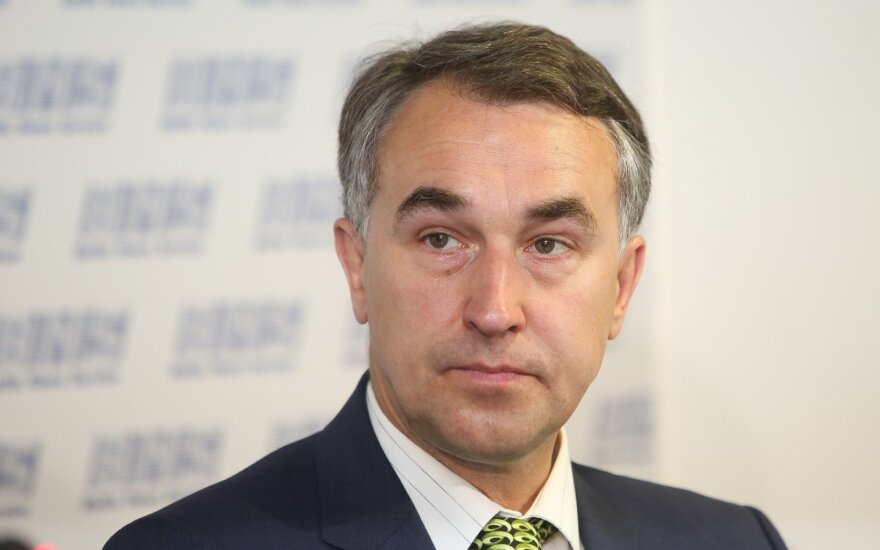 Yes, world security is fragile. Yes, the results of the US presidential election, Brexit and growing populist influence in Europe has changed the balance in today’s world.

Nevertheless I do not think that NATO is in some mortal danger. I am convinced that Europe will strengthen its defence training, funding and forces on the based namely more than ever on closer cooperation with NATO.

The truth is that Europe has already set itself a new strategic direction. The general declaration just ratified on the 6th of December by leaders of the European Council, European Commission and the NATO general secretary proves with, its 42 points, its commitment to joint EU-NATO action in the areas of defence and security. The core directions that have been set out are as follows:

1. Countering hybrid threats. In 2017 the EU and NATO instituted a European Centre for Countering Hybrid Threats. EU and NATO headquarters will cooperate also with regards to strategic communication issues and a NATO Strategic Communications Centre of Excellence will be set up.

2. Joint EU and NATO operations. Firstly in the Mediterranean Sea however cooperation has been approved in the aviation sector with priority named as being the eastern Balkans.

3. Cyber security. EU and NATO cyber defence will integrate into missions and operations already underway. The EU and NATO Cooperative Cyber Defence Centre of Excellence will be strengthened further.

4. Increased defence forces. The EU and NATO have committed to ensuring that with a multi-national force made up of allies and member countries it will be possible to utilize both current NATO and EU operations.

5. Defence industry and research. The EU and NATO have agreed to combine actions aimed at innovation.

6. Joint exercises. In 2017 and 2018 the EU and NATO will carry out coordinated exercises. This will be done in 2017 under the leadership of NATO crises management exercises and by the EU in 2018. Furthermore, NATO will invite the EU to observe and take part in military exercises.

7. Strengthening defence and security forces. It has been agreed that NATO and the EU will cooperate first of all in the eastern Balkans and the neighbouring eastern and southern countries of the EU, including Georgia, Moldova, Ukraine, Jordan, Morocco and Tunisia.

In my opinion, this all represents a fundamental change. Lithuania and the Baltic States must give their full support in this area in terms of cooperation with the EU and NATO because it is most advantageous to us. We’ve long been dreaming about this.

There’s no longer any time to ponder why the EU and NATO are not walking the same path. There’s no longer time to debate now whether or not the EU, which is driving action in defence and security, should back up NATO, thereby allegedly weakening the latter. As we see, the synergy is possible and must now be realised by real action.

It is time to acknowledge that Europe must look after its defence in a better way and without better and more thorough coordination with NATO it’s impossible to do that. And if further issues arise let’s evaluate the figures. The annual defence budget of EU member states is almost half that of the US defence budget yet real EU defence forces receive only 10 to 15 percent that of the US forces. Why?

Primarily because the countries of Europe distribute their budgets ineffectually and I’m not talking about “Lithuanian” spoons and forks. Due to support and technological gaps some defence investment is simply discarded. Around 80 percent of defence sector procurement in EU countries is carried out independently. Experts reckon that simply due to insufficient cooperation amongst EU member states we lose each year from 25 to 100 billion euro. You’ll agree that that’s a lot of money.

These gaps must be eradicated and this is already an aim of the European Defence Fund that has been established. EU countries must no longer buy different or incompatible armaments or transport. For example, EU countries currently utilize 38 different armoured vehicles. Incidentally, the Baltic States also select different manufacturers.

At this point in time Europe has neither large financial resources nor much security and that’s why it is imperative that with smaller investments better results are yielded as well as unquestionable security. This is one of the tasks set by the EU Defence Union that is being established.

I am glad that at last there is a return a European security agenda. The EU has already reiterated and for the first time has firmly committed itself to the necessary 2 percent of GDP investment in defence which must be achieved by efforts not only of single countries.

The countries of Europe will not be able to hold out alone but together they most certainly can. This is something that the High Representative of the European Union for Foreign Affairs and Security Policy Federica Mogherini said, moreover clearly supporting EU cooperation with NATO.

I believe that the current changes mean that the EU will also have to establish in the near future a Council of Defence Ministers that functions not with ministers of foreign affairs but independently. What I mean is that 22 of the 28 EU member states belong to NATO and the EU itself must and can make a proposal to the remaining countries for an appropriate form of cooperation.

Stronger EU defence and security has never been a threat NATO as an institution. In this respect I think that in the long run Great Britain too will agree while charting its own course.

During this period of probation the EU and NATO must function as one like never before. For Lithuania and other European countries (not only the big ones) this means that they have to prove with actions that we are not an impediment and that we can work and cooperate as partners. There no need therefore to be scared of any so-called “big deal” with Russia or a “countdown to Yalta”, something about which political analysts are writing about these days.

NATO 's military exercises of this size and scale are an important part of the Alliance's deterrence...